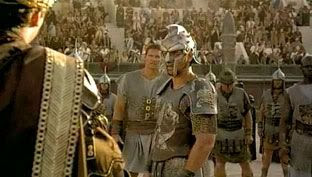 I'm 2 for 3, now, haha. Last night, Gladiator won in the 73rd annual Academy Awards...as predicted, which made it the second film for me to correctly guess as being the Best Picture Oscar winner. Of course, how can a film lose if it was one of only two nominees this year to get double-digit nominations (along with Crouching Tiger, Hidden Dragon)?

I predicted Titanic as being the Best Picture winner in 1998 [of course, it DID get 14 (or was it 15?) nominations] but got thoroughly disappointed when Shakespeare in Love beat out Saving Private Ryan in 1999. Oh well.
Posted by Richard at 6:04 PM 0 comments

Yesterday, two of my friends and I went to a studio in Downey, California to be film extras during the shooting of the upcoming Spider-Man movie. Needless to say, it was AWESOME! We were extras on the New York set for an action scene...which involved renowned actor Willem Dafoe and a stuntman. Although it was pretty tiring, it was fun to run around pretending we were scared like hell as an "evil entity" was wreaking havoc around us.

I would go into more details, but I don't want to ruin the movie for you guys when it hits theaters in 2002. That, and I'm not really suppose to talk about it. See ya next year! 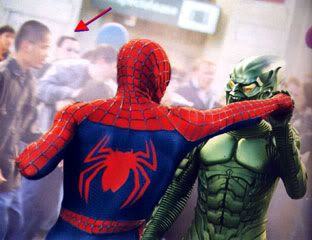