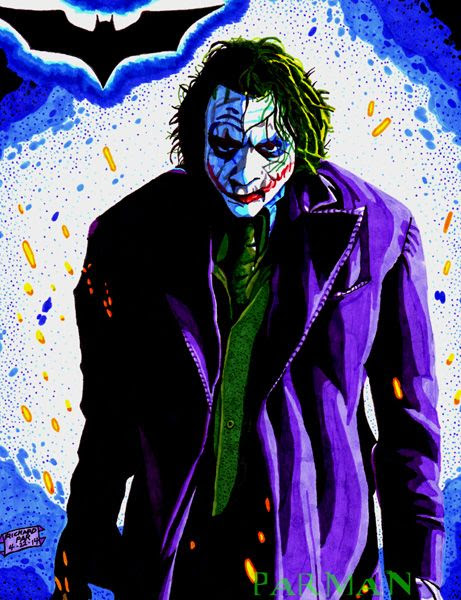 Just thought I'd end this month by posting these illustrations that I drew of the Joker from The Dark Knight, Bane from The Dark Knight Rises, Ultron (or at least my version of him) from next year's Avengers: Age of Ultron and the Xenomorph Queen from the 1986 film Aliens. To view artwork that I drew of other comic book / movie characters (not just from the Marvel and DC Universes), click here. 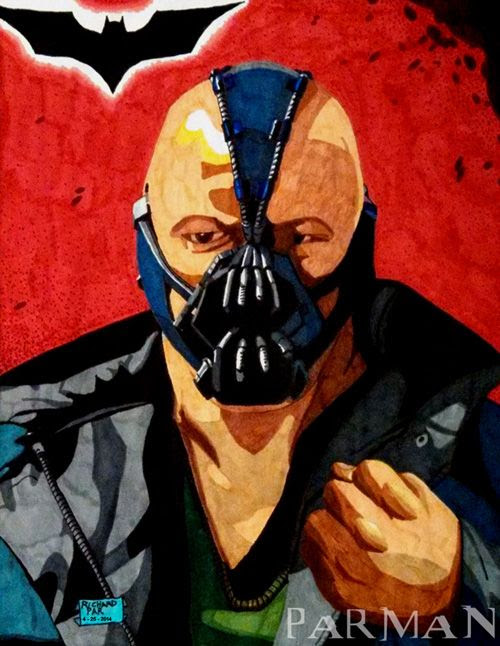 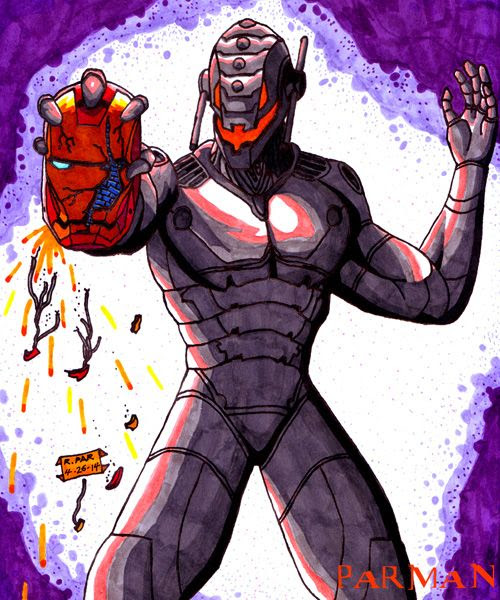 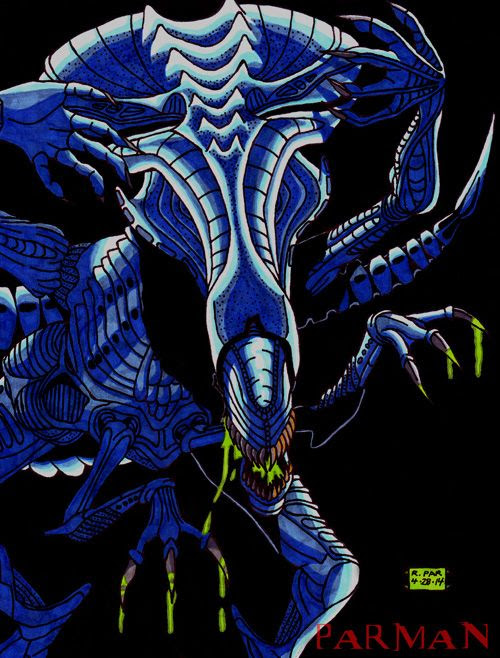 Despite the fact that Billy Dee Williams apparently won't be back to reprise his role as Lando Calrissian in next year's installment, it's great to see the official cast for Star Wars: Episode VII announced today. With Mark Hamill, Carrie Fisher, Harrison Ford, Peter Mayhew, Anthony Daniels and Kenny Baker back to reprise their iconic roles from the Original Trilogy (with Mayhew, Daniels and Baker the only ones to work on the prequels as well), newcomers who will join them in the seventh live-action Star Wars movie include John Boyega (Attack the Block, FOX TV's 24: Live Another Day), Daisy Ridley (Silent Witness, Scrawl), Adam Driver (HBO's Girls, Lincoln), Oscar Isaac (Sucker Punch, The Bourne Legacy), Andy Serkis (The Lord of the Rings trilogy, Rise of the Planet of the Apes), Domhnall Gleeson (Dredd, 2010's True Grit) and Max von Sydow (The Exorcist, Minority Report). Today's announcement comes a few weeks before principal photography is set to officially begin on Episode VII, and on the same day that the table read (shown below) was held in London between director J.J. Abrams and the actors who will bring his vision of that Galaxy far, far away to life. December of 2015 can't come soon enough! 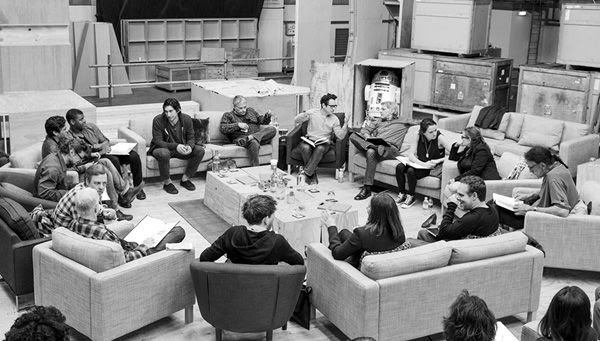 Email ThisBlogThis!Share to TwitterShare to FacebookShare to Pinterest
Labels: 24, Attack of the Clones, Lord of the Rings, Revenge of the Sith, Star Wars trilogy, The Force Awakens, The Phantom Menace 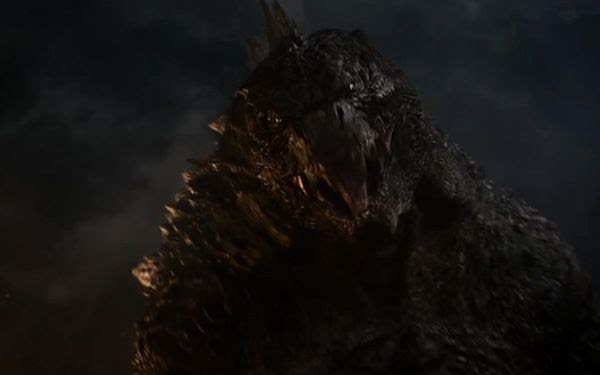 In case y'all haven't seen the new Asian trailer for next month's latest take on the legendary lizard-monster, I've posted screencaps and the preview below as Godzilla is only about three weeks away from roaring his way into cinemas nationwide on May 16. As the title of this post indicates, we'll see Godzilla not only taking on the U.S. military in this film but also another giant creature...known as a M.U.T.O. (Massive Unidentified Terrestrial Organism) according to um, online sources. Whether it's M.U.T.O., Mothra or whatever, it's gonna be a thrill seeing these two freaks of the Atomic Age (though the trailer also shows that there's a third behemoth waiting to wreak havoc with Godzilla and Co.) battle it out in the middle of decimated cities. It's gonna be like Pacific Rim—minus Gipsy Danger and the other Jaegers coming to the rescue and regulating on these radioactive monstrosities. That is all. 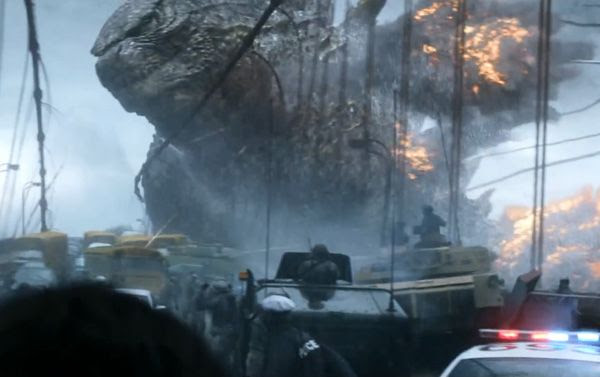 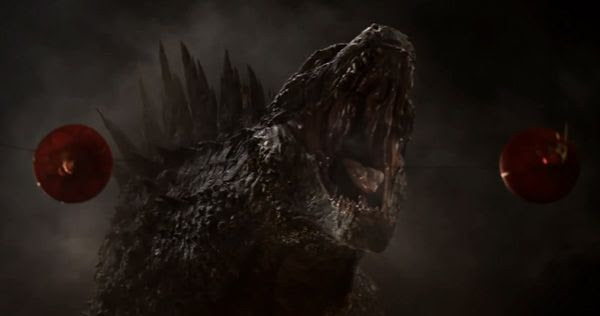 The Hobbit: The Battle of the Five Armies

Earlier today, director Peter Jackson revealed online that the last installment of The Hobbit, originally called There and Back Again, will be re-titled The Battle of the Five Armies—which is a reference to a conflict between the Goblins and the Wargs against the Elves, Eagles, Dwarves, Beorn the Shape-shifter and the Men of Dale shortly after Smaug the Dragon was vanquished near Erebor. Personally speaking, I like the new title...which makes this December's finale to Jackson's Hobbit film trilogy sound pretty epic. We'll overlook the fact that this name is more appropriate for a Star Wars or Transformers movie than it is for a Tolkien-inspired flick. I just want to see Smaug finally meet his demise at Lake-town, as well as Sauron continuing to make his presence felt in the next film. The Battle of the Five Armies comes out in theaters nationwide on December 17. 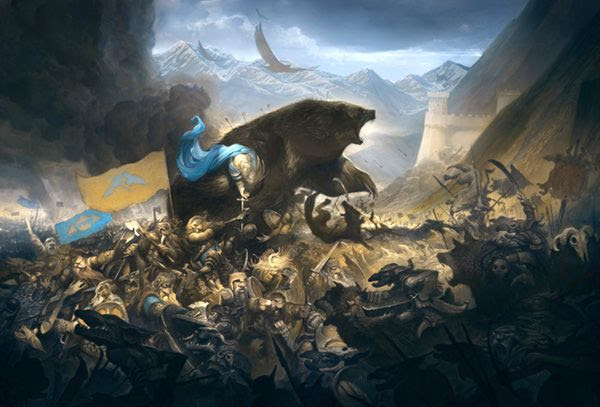 Overlooking the fact that Puerto Rico is actually a commonwealth of the United States, this is still pretty hilarious. I assume that Black Widow would be Brazilian, Honduran or something if Captain America: The Winter Soldier or The Avengers was filmed by a Latino production company. 'Kay, that's enough ignorant comments for the day... 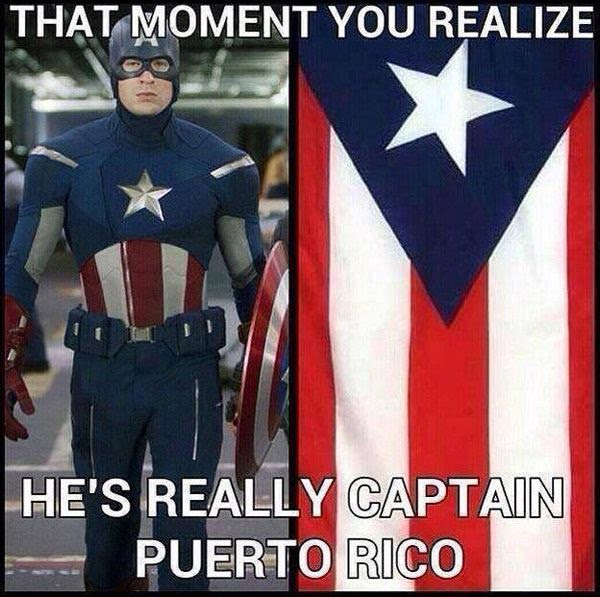 Email ThisBlogThis!Share to TwitterShare to FacebookShare to Pinterest
Labels: The Avengers

Photo of the Day... Just thought I'd share this cool image of Grimlock that's featured in an online article recently posted by Entertainment Weekly. Pretty cool that the mechanical dinosaur can breath fire (which isn't a surprise considering that Grimlock can apparently inhale and exhale if you notice his breath while Optimus Prime um, mounts him in the Super Bowl TV spot)—but what I'm really looking forward to is seeing Grimlock in robot form. Can't wait till June 27.

Email ThisBlogThis!Share to TwitterShare to FacebookShare to Pinterest
Labels: Age of Extinction, Photos of the Day, Transformers

Just thought I'd post screenshots from the upcoming action-adventure film...which is produced by Michael Bay and stars Megan Fox as April O'Neil, William Fichtner as The Shredder, Will Arnett as Vernon Fenwick, Whoopi Goldberg as Bernadette Thompson, Tony Shalhoub as the voice of Splinter, and Noel Fisher, Alan Ritchson, Johnny Knoxville and Jeremy Howard doing the voices of the Teenage Mutant Ninja Turtles themselves, respectively. There are no signs that point to Vanilla Ice doing a song for this update on TMNT, but it's all good. Michelangelo, Raphael, Leonardo and Donatello take on Shredder and his Foot Clan at theaters everywhere on August 8.