Video of the Day: Beware of Deathstroke! 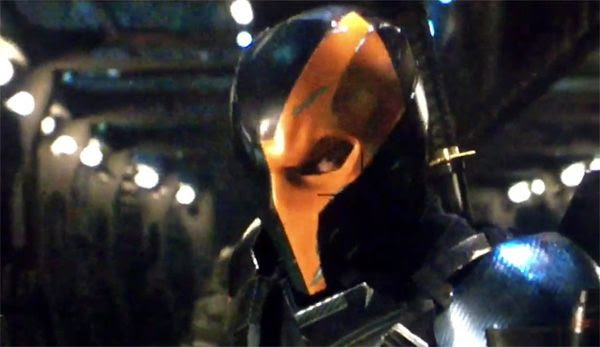 Earlier today, Ben Affleck tweeted the video clip below showing the villainous Deathstroke making his way down a dark hangar. While he had a prominent appearance on The CW Network's Arrow a few seasons ago (as well as the animated TV series Teen Titans), Deathstroke has yet to appear in a live-action DC movie...till now. The footage below presumably comes from the set of next year's Justice League film, and it's now been reported online that Deathstroke will also be the main villain in Ben Affleck's solo movie The Batman (whose release date is currently unknown). Pretty awesome! It would also be totally cool if Will Smith's Deadshot made an appearance in Affleck's film as well...breaking out of prison after the events in Suicide Squad and perhaps teaming up with Deathstroke to take on the Dark Knight. Of course (SPOILERS AHEAD), Harley Quinn was freed from her cell by the Joker at the end of David Ayer's hit movie...so seeing them and Deathstroke confront Batman would also be interesting. Not bloody likely, but interesting.

The ROGUE ONE Hype Machine Continues! 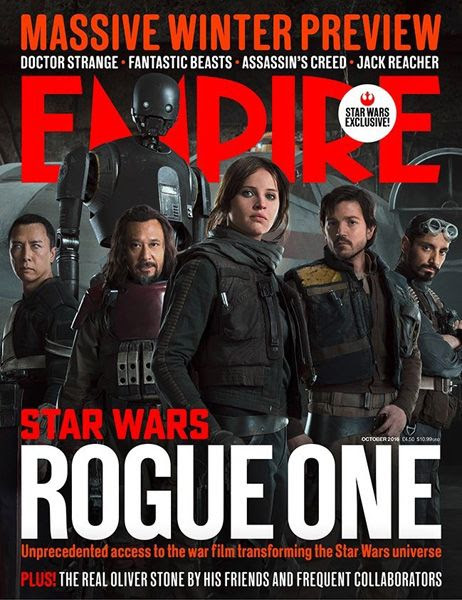 Check out these two awesome covers for Empire's Rogue One issue that hits newsstands in the United Kingdom next Thursday. I can't wait to buy this magazine once it arrives here in the U.S. (not till October unfortunately, based on my experience with Empire's The Force Awakens issues last year)...'cause I'll most likely be buying the Rebel version at the nearest Barnes & Noble bookstore. Gotta show support for Jyn Erso and her Death Star-hunting gang! 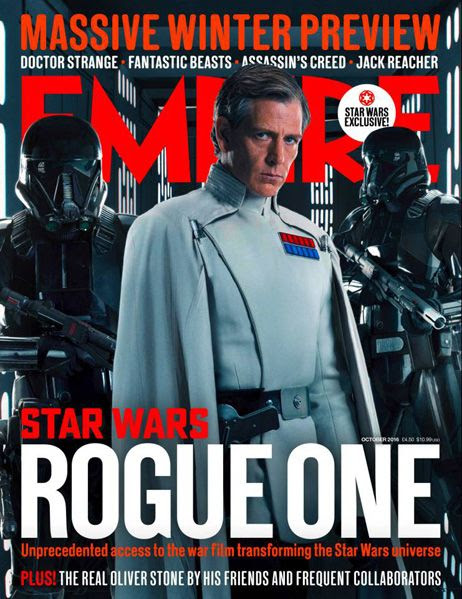 Email ThisBlogThis!Share to TwitterShare to FacebookShare to Pinterest
Labels: Rogue One, The Force Awakens

TRANSFORMERS: THE LAST KNIGHT - The Autobots and Decepticons Get New Robotic Looks... 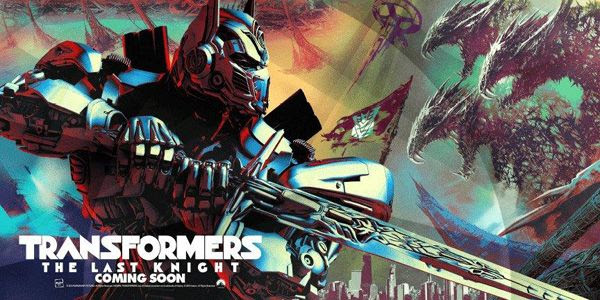 Check out these awesome illustrations depicting the new designs for the Autobots and Decepticons that'll be returning in next year's Transformers: The Last Knight! Megatron will go back to his former name after being called Galvatron in 2014's Age of Extinction, while Barricade apparently survived his wounds from the Battle of Chicago in 2011's Dark of the Moon. And Hot Rod finally makes his live-action debut during Michael Bay's fifth installment in the blockbuster franchise. Though I'm wondering... Is Sqweeks supposed to be the Autobots' version of The Force Awakens' BB-8? Wouldn't be surprised if he is. BB-8 is cool.

Much props to the Transformers Live Action Movie Blog for compiling these pictures. 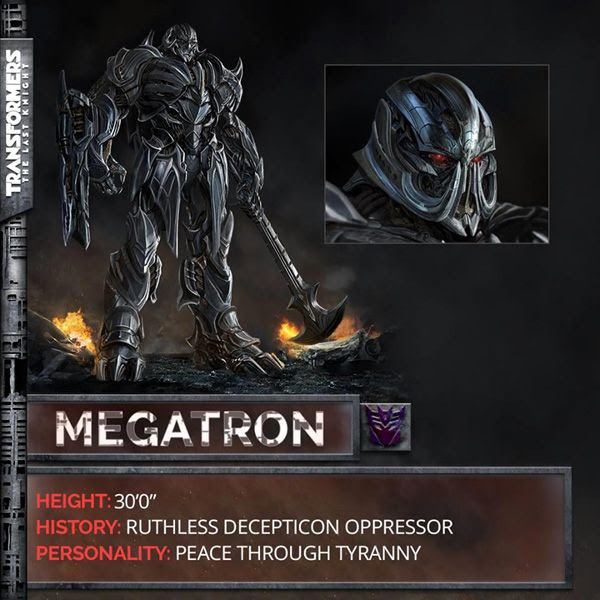 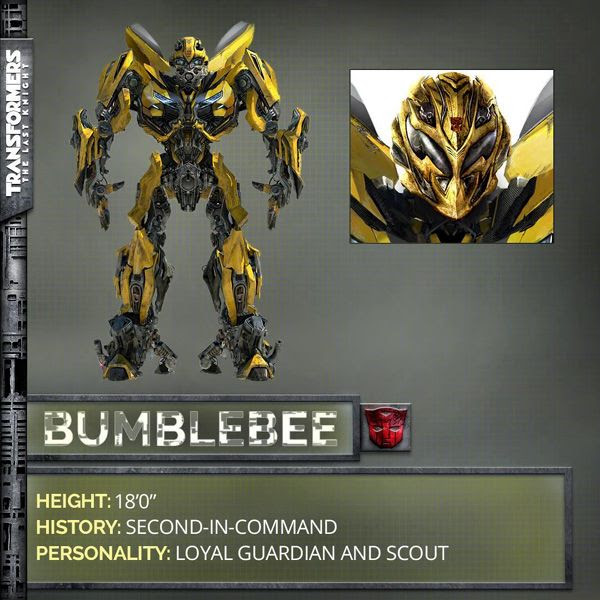 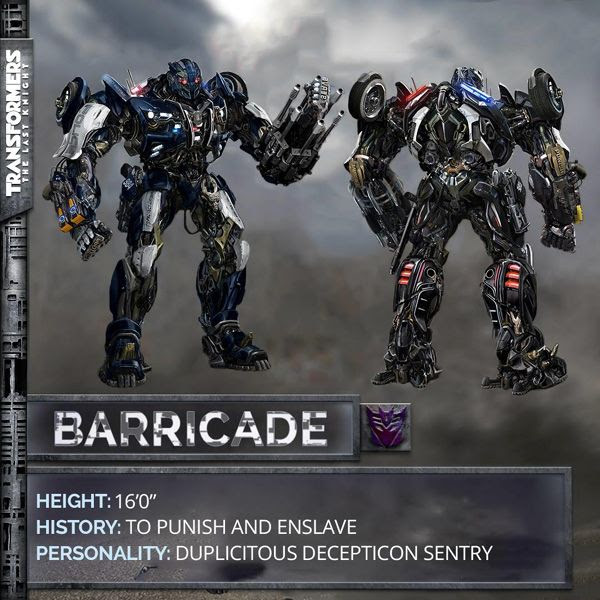 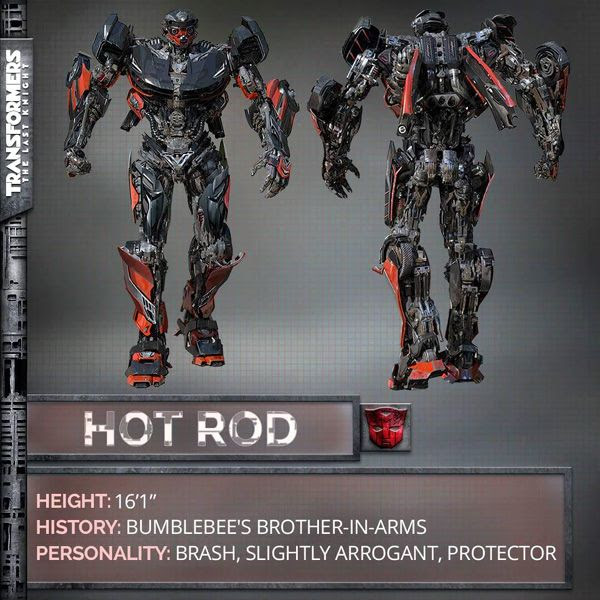 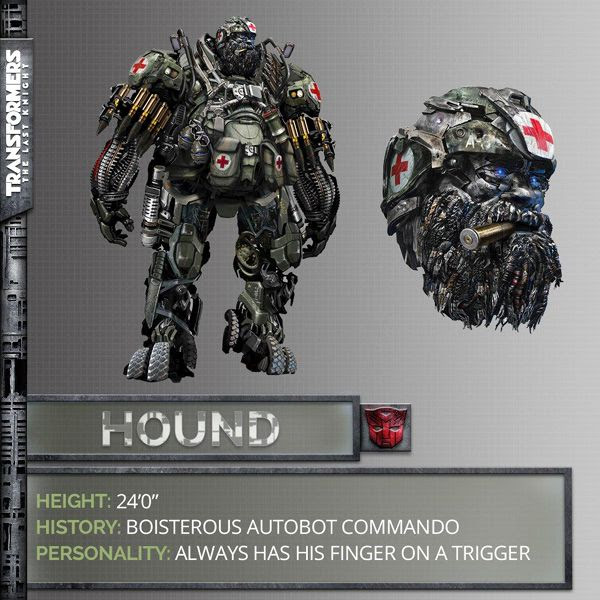 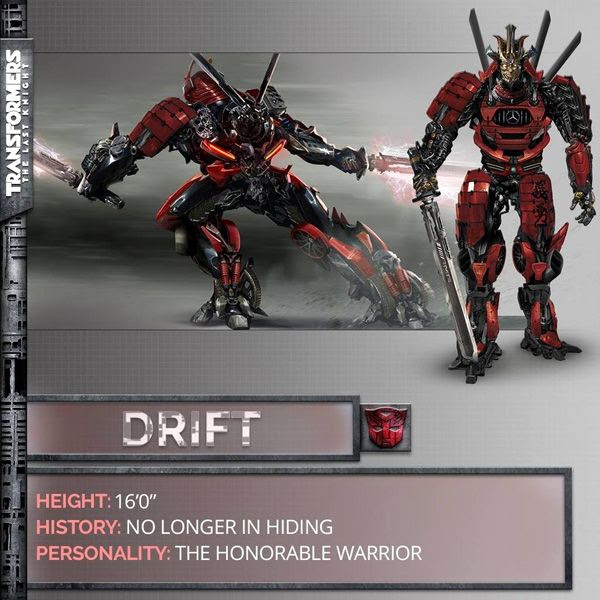 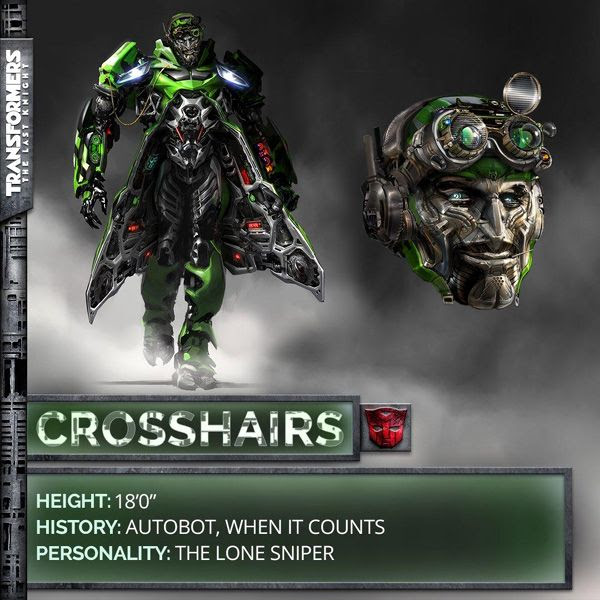 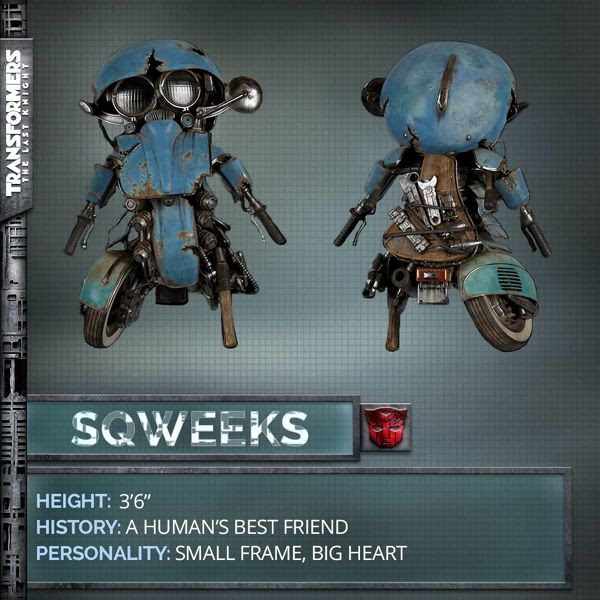 Email ThisBlogThis!Share to TwitterShare to FacebookShare to Pinterest
Labels: Age of Extinction, Dark of the Moon, The Force Awakens, The Last Knight, Transformers

ROGUE ONE Update #2: The New Trailer Is Here!

Along with Michael Phelps winning his 22nd career gold medal since taking part in the Beijing Games in 2008, folks watching the Rio Olympics tonight were also treated to the newest trailer for Rogue One: A Star Wars Story. This preview features more action as it shows additional footage of Jyn Erso (Felicity Jones), Captain Cassian Andor (Diego Luna), Chirrut Îmwe (Donnie Yen) and the rest of their Rebel friends as they take on the Empire to steal its plans for the dreaded Death Star. And of course, fans (who didn't attend the Star Wars Celebration in London last month) finally got an official glimpse of Darth Vader in Gareth Edwards' highly-anticipated Star Wars spin-off film. December 16 couldn't arrive soon enough...

ROGUE ONE Update: Check Out This Teaser to the Movie's Next Trailer!

Earlier today, Lucasfilm released a 15-second preview for the next Rogue One: A Star Wars Story trailer that will be unveiled during NBC's TV coverage of the Rio Olympics this Thursday. The teaser shows the Rebel U-Wing starfighter in action, as well as new glimpses of Jyn Erso (Felicity Jones), Captain Cassian Andor (Diego Luna), Baze Malbus (Wen Jiang), Chirrut Îmwe (Donnie Yen) and K-2SO (motion-captured by Alan Tudyk). Hopefully, the general public will get to see what lucky attendees at last month's Star Wars Celebration in London saw by featuring a glimpse of Darth Vader in the next preview. To quote Spock from Star Trek (sorry), it's only logical.

Photo of the Day: Doing Research on CAPTAIN MARVEL...

I'm a huge fan of Academy Award winner Brie Larson after watching her Oscar-nominated film Room last year and seeing her in person when I did background acting work on 2014's The Gambler, so it's cool to see her getting to know the character that she'll play in the Marvel Cinematic Universe a few years from now. Captain Marvel doesn't hit theaters till March 8, 2019 (meaning that she probably won't appear in 2018's Avengers: Infinity War but in the 2019 untitled Avengers flick), but it obviously doesn't hurt to see the star of the movie getting prepped for her role this early on. Happy Monday!