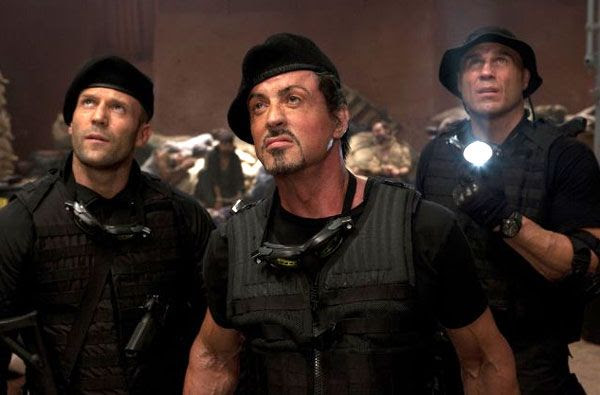 THE EXPENDABLES... I saw the film on Saturday, and overlooking the fact it has the most clichéd plot in the history of action movies, it was friggin’ awesome! Written and directed by Sylvester Stallone, who was also the main lead in this flick, The Expendables obviously wasn’t about delivering the most complicated characters or complex storyline in cinema (go watch Inception—again—if you want that), but about uniting Rocky/Rambo with the Terminator (Arnold Schwarzenegger), John McClane (Bruce Willis), the Transporter (Jason Statham), Stone Cold (Steve Austin), The Wrestler (Mickey Rourke), The Monkey King (Jet Li...who played this character in 2008’s The Forbidden Kingdom) and The Punisher (Dolph Lundgren). Oh, and don’t forget Terry Crews, Randy Couture and The Dark Knight’s Eric Roberts. Annnd...Charisma Carpenter. 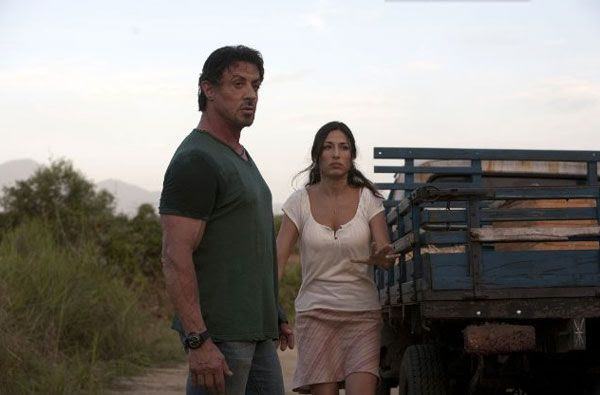 As mentioned in the previous paragraph, The Expendables didn’t exactly have a groundbreaking storyline. This is basically a rescue-the-damsel-in-distress movie. It’s also a flick about dudes with chick problems. Jason Statham beats the crap out of a guy who was dating his hot girlfriend (Charisma Carpenter) while Statham was out on covert missions; Mickey Rourke had multiple girlfriends and is haunted by the fact that he didn’t save a woman who ended up jumping off a bridge and killing herself in war-ravaged Bosnia; and Stallone and the rest of The Expendables go to a South American country (the fictional island of Vilena) to rescue the daughter of a ruthless dictator. How does the movie end, you ask? Be prepared to have your jaw drop: They succeed in rescuing the daughter. And all the good guys survive. 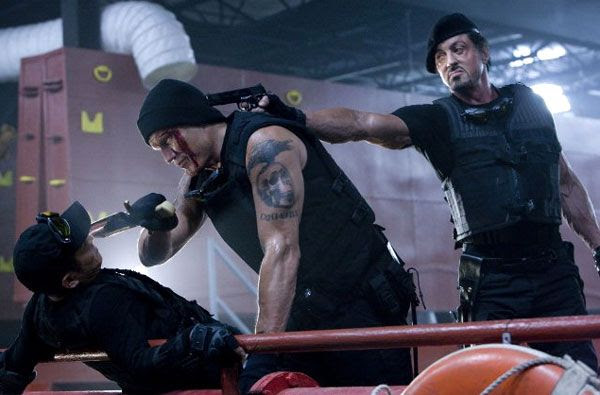 There were some scenes in The Expendables that were slow, namely the moments that consisted of long bits of dialogue and not bad guys getting shanked in the neck or being blown apart by automatic shotguns. Speaking of automatic shotguns, the best scene in the movie (this isn’t the kind of film where you need to shy away from spoilers) was Terry Crews wiping out dozens of enemy soldiers with this kick-ass firearm. But most of the cool scenes in the movie involved Jason Statham...whose character either enjoyed shooting people in the kneecaps or chest multiple times, or hurling knives and shanking folks in the neck as mentioned earlier in this paragraph. Oh, and strafing a pier with 40 hapless soldiers on it with the machine guns of buddy Stallone’s twin-prop aircraft. Are these descriptions getting too violent for ya? Well, that’s what you get when you watch a macho, action-packed film like The Expendables. Would I buy this flick on DVD, you ask? I haven’t bought better-reviewed action movies like Kick-Ass and Avatar on DVD yet, so what do you think? 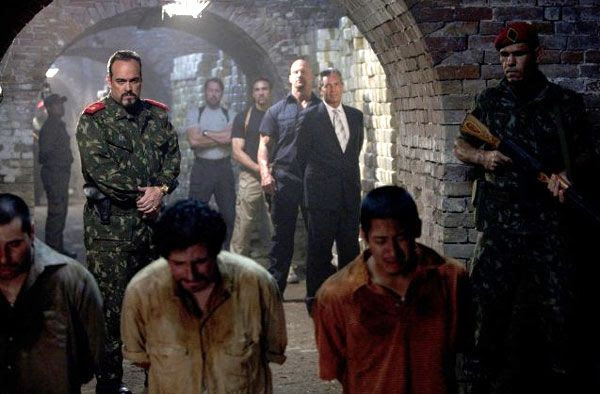 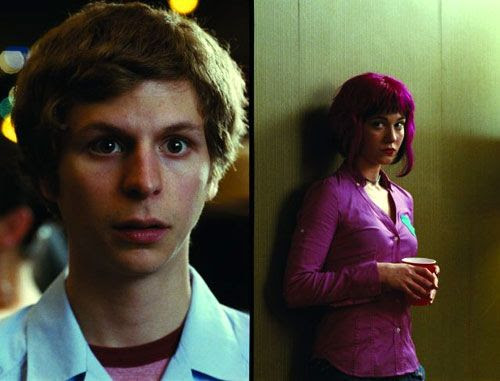 SCOTT PILGRIM VS. THE WORLD... I saw the flick at work earlier this week, and thought it was actually pretty entertaining. However, it was still the crazy whacked-out s*** you watch when you're high on narcotics like the movie’s trailer made it out to be. (Not that I'd know about the narcotics part. Hah.) On the plus side though, that Universal Pictures logo at the beginning of the film was great. 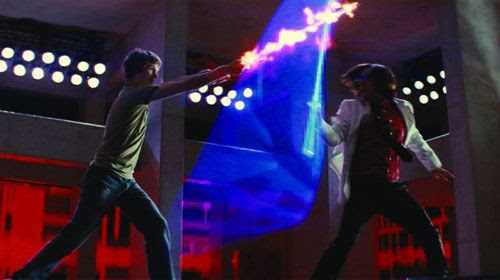 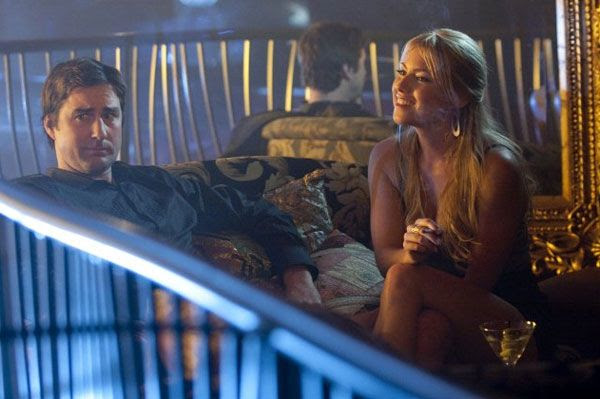 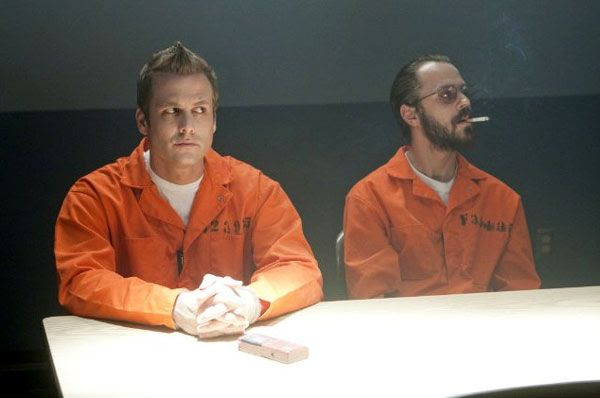 Middle Men was an amusing movie, though as usual, one wonders how far the story takes liberty in depicting how the world was first introduced to online porn. I have to give the filmmakers credit in getting actual adult film stars (I spotted the sexy Sunny Leone in one scene) to appear in the flick. In terms of the main (but fictional) triple-X star in the movie, Laura Ramsey looked totally gorgeous as Audrey Dawns. Ironically however, Ramsey pretty much kept her clothes on throughout Middle Men...despite playing an adult film star in the movie and having nude scenes in previous non-porn-related flicks like The Ruins and The Covenant. Oh well. 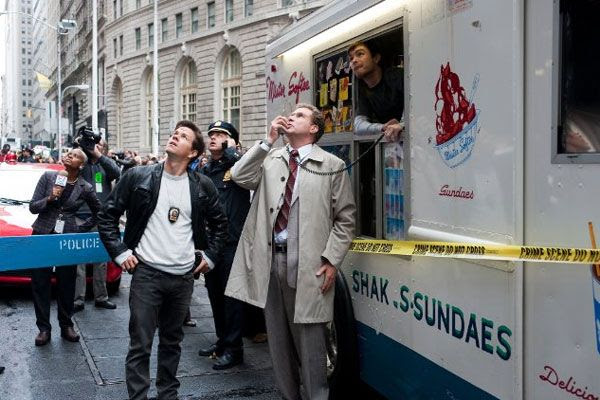 I also saw the latest Will Ferrell movie The Other Guys...which is obviously your standard goofball police flick like this year's earlier film Cop Out, which starred Bruce Willis and Tracy Morgan. Not much to discusss about this movie, except to say that Ferrell and Mark Wahlberg were funny for the most part in The Other Guys, and that Eva Mendes was hot as usual. Though I thought Laura Ramsey looked even hotter in the movie I mentioned first in this entry. Here's one more pic of her before I sign off with my usual "That is all". That is all.