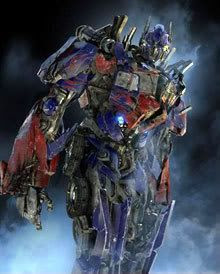 REVENGE OF THE FALLEN Update... USAToday released several official photos from next June’s Transformers sequel last Sunday and Monday. Unfortunately, it looks like we won’t see pics of the robots themselves (with the exception of Optimus Prime, above) till the teaser trailer...which should be released around February. The image below of Megan Fox running and, um, adjusting her top oughta do for now... That, and the cool shot of the Pyramids. 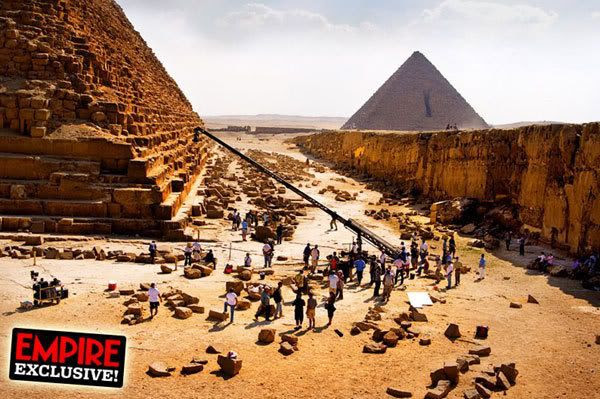 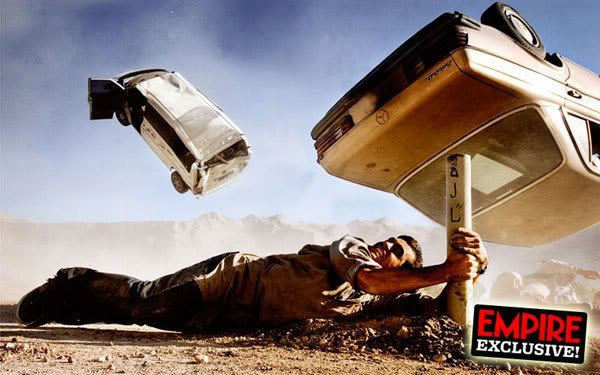 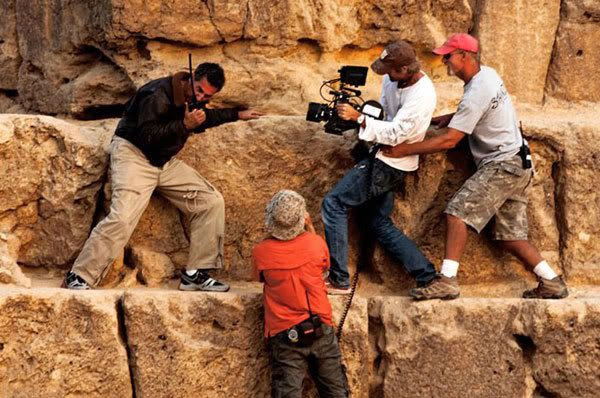 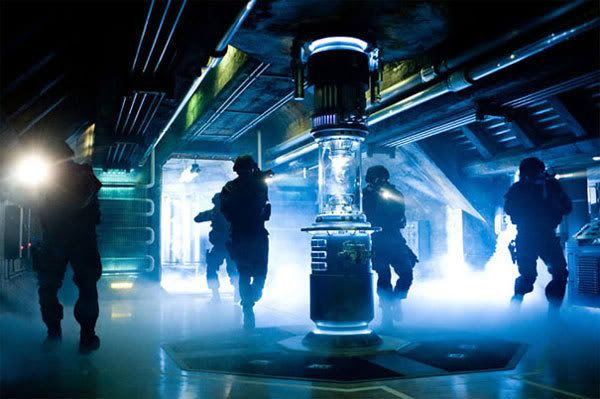 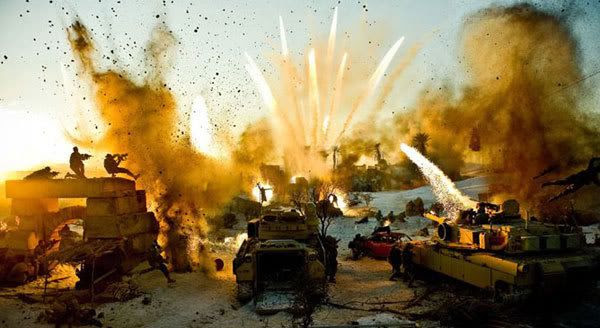 One more photo for the road...courtesy of the website obviously watermarked on the lower left-hand corner of the pic (duh). 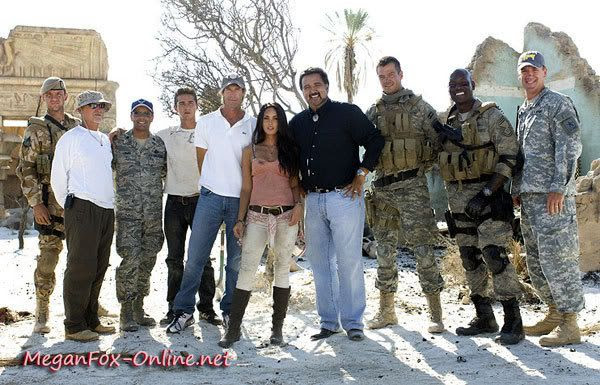 TERMINATOR SALVATION... I'm totally watching this movie when it comes out in theaters on May 22...

STAR WARS ACCORDING TO A 3 YEAR OLD... In case you haven’t seen this video yet, check it out now... "Don’t talk back to Darth Vader, he’ll getcha!" Ah-dorable. 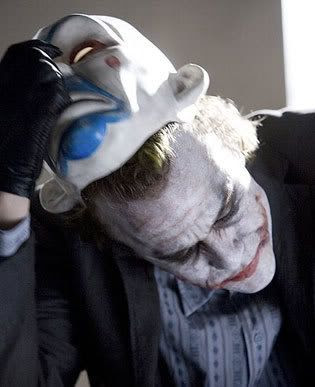 THE DARK KNIGHT... In case you don’t know yet (how’s it like livin’ in that cave? J/k), the DVD for this year’s most successful movie (and the 2nd highest grossing domestic film of all time here in the United States, behind 1997's Titanic) comes out in retail stores today. Definitely can’t wait to buy it. Also, a 2-disc extended music score for The Dark Knight also gets released today. If it’s anything like what happened with the orchestral score for Transformers last year, where all the places I went to either didn’t have the album in stock or was sold out (I eventually bought it at a Borders book store in Northridge, California. I live near ummm, Pomona, California. SoCal folks reading this will know how far the two cities are from each other), the Best Buy I’m planning to buy the DVD at won’t have the score, and I’m gonna have to order it online (most likely at Amazon.com). Hopefully that won’t happen. I’d hate to have Best Buy employees ask "Why so serious?" when I show how upset I am when I find out their store doesn’t have the score available. 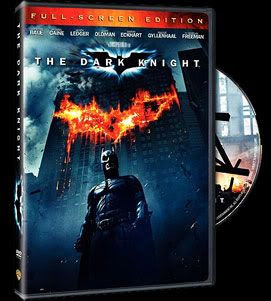 Of course, the employees can tell me "Let’s put a smile on that face" and surprise me by handing me the only remaining copy of Hans Zimmer’s latest album. We’ll see. 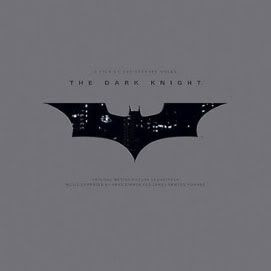 One last thing... The Dark Knight will be re-released in regular and IMAX theaters here in the U.S. on January 23 next year, a day after the nominations for the 81st Academy Awards are announced. Woohoo! Speaking of the Academy... It reversed its decision on The Dark Knight's music, and Zimmer's work (with the help of James Newton Howard) is now eligible for a Best Original Score nod. Nice.
Posted by Richard at 7:29 PM 0 comments

REVENGE OF THE FALLEN Update... The Transformers Live Action Movie Blog posted this leaked concept artwork of Megatron and a really cool-looking Ravage from Revenge of the Fallen. This image of Megatron pretty much looks the same as the previous Megatron pic that was featured in this journal entry. This latest concept of Ravage, real or not (hopefully real), looks a lot more sinister than this fan art...though the fan art also kicks ass. Definitely can’t wait to see the live-action version of Ravage and Megs on the big screen when Transformers 2 comes out in theaters next June. Still hoping that the teaser trailer for the sequel gets shown in front of The Day the Earth Stood Still...out in movie theaters next Friday.

REVENGE OF THE FALLEN Update... Well, Quantum of Solace has come and gone...and there’s still no sign of a theatrical trailer for Transformers 2. There’s only one more suitable film that Paramount/Dreamworks could possibly place a TF2 teaser in front of before the end of this year, and that’s Punisher: War Zone. Just kidding. I mean the possible Best Picture Oscar nominee, Frost/Nixon. Just kidding again. I mean the sci-fi remake, The Day the Earth Stood Still...starring Keanu Reeves and Jennifer Connelly. It opens in movie theaters everywhere on December 12. 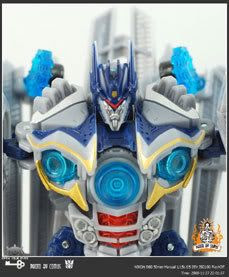 Most of the Transformers 2 news that have been posted on other websites recently dealt with leaked photos of the toy figure for Soundwave. There have been online rumors that Soundwave will be a satellite in Revenge of the Fallen, and the pics below support that. Image #1 is of Soundwave as a Cybertronian satellite, image #2 is of him as a Cybertronian jet (kinda like the vehicle mode for Megatron in last year’s Transformers film), and the 3rd image is of him in his robot form. There’s no official word on what Soundwave’s Earth mode will be. Online sites, again, state that he’s gonna be a pick-up truck, but we’ll see. Ironhide was already a pick-up truck (GMC TopKick C4500) in the first film...I’m hoping Michael Bay will be a little more original than that.

Below is a comparison of the old-school "Generation 1" Soundwave and the TF2 version. Fortunately, at least the well-known visor remains intact. Now all we need is for Frank Welker to get hired and reprise the famous voice for the Decepticon spy. *Crosses fingers* 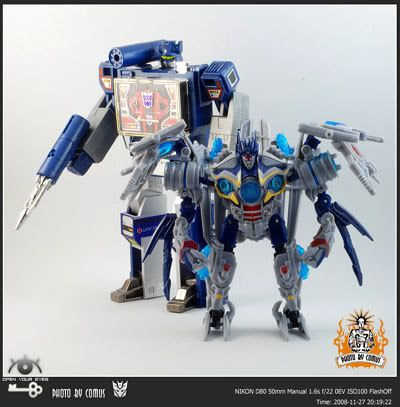 Since I enjoy making myself look like a huge geek (moreso, that is) by posting up all these pics of toys, here's one for the Transformers 2 version of Bumblebee...courtesy of Seibertron.com, just like every other image posted in this journal entry. 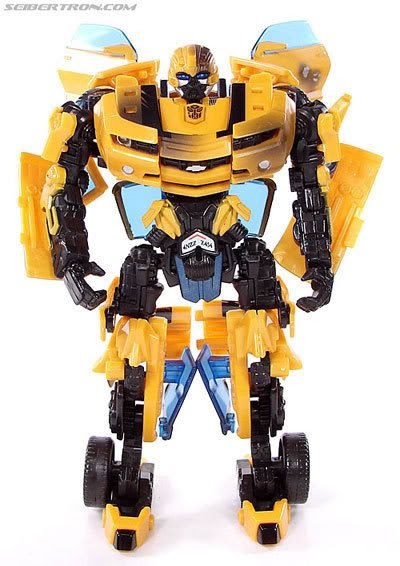 Here are two cool pieces of artwork that will be on the covers for the Revenge of the Fallen prequel comics, Destiny: Alliance and Defiance. They were done by Josh Nizzi. Kick. Ass. 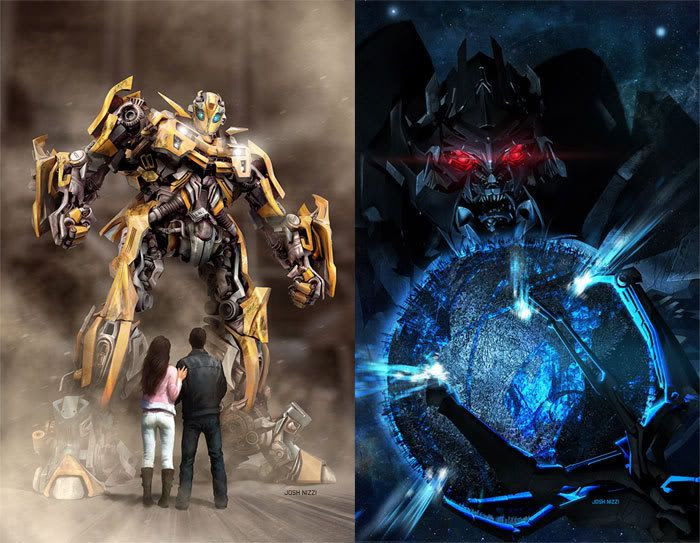