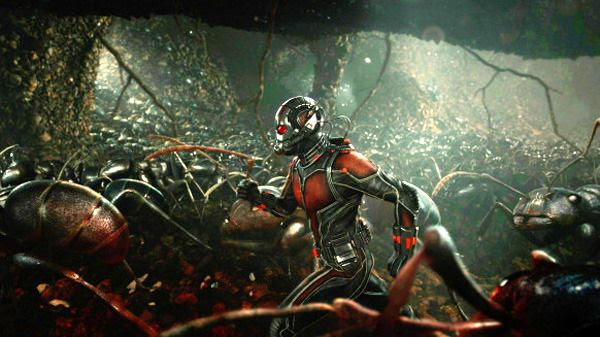 I saw the latest Marvel flick earlier today, and was pleasantly surprised at how entertaining it was. Well okay— I wasn't surprised. Despite its wacky title, Ant-Man is yet another example of Marvel Studios striking gold with even the most obscure comic book characters (watch last year's Guardians of the Galaxy to be even more convinced of this). Paul Rudd seemed right at home as Scott Lang and his size-changing alter-ego, while all of the other cast members ranging from Michael Douglas (Dr. Hank Pym), Evangeline Lilly (Hope van Dyne) and Michael Peña (Luis) to Corey Stoll (as Darren Cross and the villainous Yellowjacket) looked very comfortable in their roles as Lang's allies and enemies. The Yellowjacket suit worn by Stoll was pretty cool... (Spoilers Ahead) Had Hydra gotten a hold of this weaponry and mass-produced it as planned, this army would've been just as dangerous (even moreso) than Loki's alien underlings and Ultron's robots from the last two Avengers movies. Speaking of The Avengers, I'm wondering if Rudd will steal the scenes he's in when he shows up in Avengers: Infinity War and next year's Captain America: Civil War? Probably not. Lang bantering with Robert Downey Jr.'s Tony Stark will definitely be something to watch on the big screen though.

Oh, and Ant-Man made me realized just how cute and cuddly ants can be (if you were their size, that is). But I still have a can of Raid® tucked away underneath my kitchen's sink...just in case. That is all. 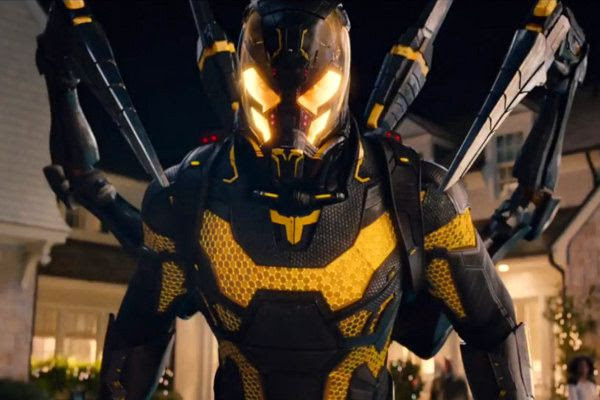 "The red capes are coming! The red capes are coming!" So are the nefarious words of Lex Luthor (Jesse Eisenberg) in a scene from the newest preview to next year's Batman v Superman: Dawn of Justice. The trailer, which made its debut at San Diego Comic-Con this weekend, shows additional footage of the Man of Steel (Henry Cavill) confronting the Dark Knight (Ben Affleck)...as well as giving us the first cinematic glimpse of the beautiful Gal Gadot as Wonder Woman. I posted select screenshots from the preview below—and of course, watch the actual trailer at the very bottom of this entry. The million dollar question is: Does Superman bleed? He will.