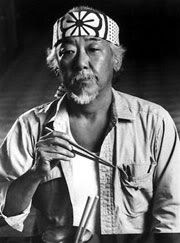 EDIT: FOX aired Star Wars: Attack of the Clones tonight... If there's one good thing about showing this movie (or any other film) on TV, it's that most of the bad and/or unnecessary parts are edited out to compress the running time. In Clones' case: much of the romance scenes. And if there's one good thing about the Pan and Scan format, the actors' faces are magnified to fit the TV screen. Let's hear it for Natalie Portman's close-ups! She is such a babe. I still say she's the weakest link overall in the Star Wars prequels, but she's a babe. 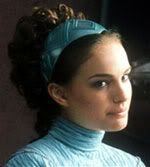 I WATCHED Harry Potter and the Goblet of Fire and Jarhead today. Potter didn't get really interesting till that Dark Lord of the Sith, I mean, Lord Voldemort, was resurrected near the end of the movie...not to spoil anything for you. In all honesty, the movie lagged. And there were a couple of times where the dialogue was pretty unintelligible...either due to the characters speaking too fast, or those darn British accents (no offense). And why didn't John Williams conduct the music for this one? Whatever. Prisoner of Azkaban was, um, better.

I also saw Jarhead today...which was okay if you want a film that'll, unsurprisingly, inspire you to join the Marines (much as how Get Rich or Die Tryin', which I saw for free at Paramount Studios last week, shamelessly inspires you to move to the hood and become a gangsta'). Actually, I thought the film was good. Although, too much testosterone and the lack of female nudity obviously prevents me from wanting to watch this film again, haha. C'mon now, Sam Mendes should've taken more creative license... Have the Marines watch Debbie Does Dallas while they were waiting for Desert Storm to begin or somethin'. 'Nuff said. 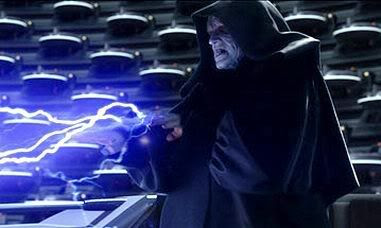 Don't forget to pick up a copy of the Revenge of the Sith DVD today. Hey... If I can plug in an ad for the Batman Begins DVD in my Blogspot (see my 10/14/05 entry for details), I can certainly plug in an ad for Episode III here.