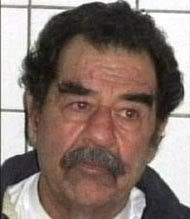 Where's your fedayeen now, you punkass?? Oh, and Lord of the Rings: The Return of the King was cool, too.

Email ThisBlogThis!Share to TwitterShare to FacebookShare to Pinterest
Labels: Lord of the Rings, Movie reviews

Overlooking the fact I probably forgot to mention in my Blog that two of my friends and I were extras in the first Spider-Man movie, here's a wallpaper for the next one, coming out next year. Actually, I did mention my friends in my journal. Scroll down to the March 21, 2001 entry. 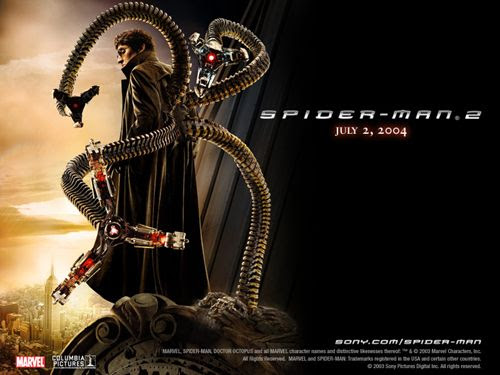 Artwork courtesy of Spider-Man.com
Posted by Richard at 7:17 PM 0 comments

Email ThisBlogThis!Share to TwitterShare to FacebookShare to Pinterest
Labels: Academy Awards, Attack of the Clones, Lord of the Rings

Star Wars: Episode II - Attack of the Clones got nominated for several Razzies this week...which, in case you guys don't know, is the equivalent of the Academy Awards--only with CRAPPY movies getting nominated. Comes to show you that Lucas is a little bitch who let his fans down with these new films. And I've been looking forward to the prequels since 1995. I can't wait till Lord of the Rings: The Return of the King comes out this Christmas...to see how this trilogy will surpass the so-called Prequel Trilogy that will be completed in 2005. Don't get me wrong though, I'm still going to watch Episode III. The only difference is, I'm not going to defend it if it sucks the same way I defended Episode II back when dumbass Lucas revealed the title Attack of the Clones. Anakin Skywalker: Just seeing her again is...intoxicating. Yea. Lucas must've been intoxicated when he came up with that line for the film.
Posted by Richard at 7:15 PM 0 comments

Email ThisBlogThis!Share to TwitterShare to FacebookShare to Pinterest
Labels: Attack of the Clones, Lord of the Rings
Newer Posts Older Posts Home
Subscribe to: Posts (Atom)