77th Annual Academy Awards nominations: Congratulations on Jamie Foxx for being nominated as Best Actor in Ray and Best Supporting Actor in Collateral, and Natalie Portman for being nominated as Best Supporting Actress in Closer. I'd say something about The Aviator and its 11 nominations (um, do you think it'll win Best Picture??), but I haven't seen the film yet, haha. Do you think Jim Carrey is envious of Foxx? I knew once I saw the preview for Ray at the theater that Foxx would beat Carrey in being the first In Living Color actor to at least be nominated for an Oscar. And Collateral was an awesome movie. I still have the urge to be a hitman. Just kidding! No, I'm not. I haven't seen Closer yet, but let's hope that whatever awesome performance Natalie Portman gave in that film will replay itself in a certain science fantasy movie this May...

Revenge of the Sith Trailer Description: The full theatrical trailer that is supposed to be released in March begins with the following exchange, according to TheForce.Net:

Palpatine: "The Dark Side of the Force is the pathway to many abilities some consider to be unnatural."

Anakin: "Is it possible to learn this power?"

Palpatine: "Not from a Jedi."

We are then introduced to the political maneuvering of Palpatine, Obi-Wan and Mace Windu. All of them actually want to use Anakin as a pawn in their game (Palpatine makes Anakin his "personal representative on the Jedi Council" while Obi-Wan wants him to "report on all the Chancellor's dealings"). The first minute or so is surprisingly heavy on dialogue and consists mostly of shots of various characters speaking to each other [intercut with short glimpses of evil droids (General Grievous), space battles etc.]. We even see how Mace Windu and three other Jedi attempt to arrest Palpatine (he grabs his lightsaber and confronts them). When Mace Windu tells Anakin "You are on this council but we do not grant you the rank of Master", Anakin loses it and joins the Dark Side (Darth Sidious: "Every single Jedi is now an enemy of the Republic"). At least that's how the trailer makes it look.

Then the more "visual" half starts with some very neat scenes like a low angle shot of Anakin marching in front of a clonetrooper army. We see Wookiees on some kind of war machine, the duel in the volcano field of Mustafar, gigantic 10-wheel military transports (known as Juggernaughts) and actual destruction of the Senate chamber. Everything is very dramatic, several deaths are implied, Padme is seen crying loudly and music from the final lightsaber duel inReturn Of The Jedi (the eerie chorus when Luke goes berserk on Vader, and the Emperor's theme) is heard.

Overall, the first half of the trailer is surprisingly specific, making no sense whatsoever to people who don't know Star Wars well. The second half is very dark and dramatic, but with lots of action. Bad guys (apart from Sidious) only appear for a fraction of a second and have no lines. The final seconds consist of Obi-Wan shouting "You were the chosen one!", fighting Anakin while both dangle from some ropes/wires. After the closing titles, there is a bonus shot of Vader and Sidious standing side by side, accompanied by Vader's breathing.

This is a preliminary version with effects and sound not quite finalized. One part of the trailer is actually without music (either for dramatic effect, or will John Williams' new score be inserted here?). The running time is little under 2 minutes, 30 seconds.

When further questioned about the "evil droid", our source confirmed that there wasn't a clear shot of General Grievous but there was one of the bodyguards:

There is some evil-looking humanoid droid with a cape around his head and torso, flanked by two classic battledroids (from Episode I). He seems to hold a lance in his hand. Later, Obi-Wan is seen swordfighting with a humanoid droid but he's only seen from back and moving quickly. (I'm 90% certain it IS Grievous, but it's extremely short and quick shot.) Anyway, both of these shots are VERY brief (about half second).

One of the shots depicts Obi-Wan being surrounded by dozens of droids. Some of them look different and wear capes, maybe one of them is Grievous. But it's very wide shot, the characters are small. 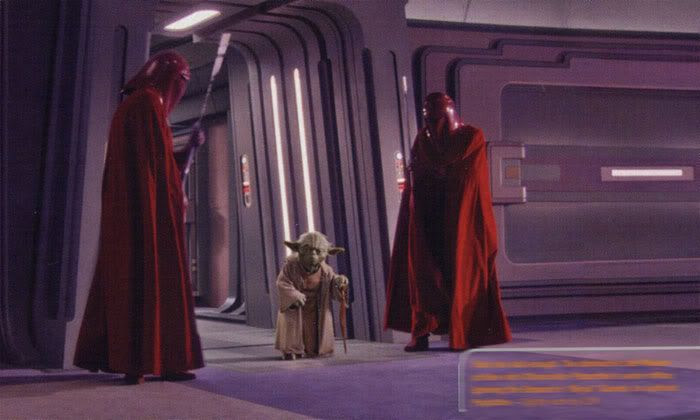 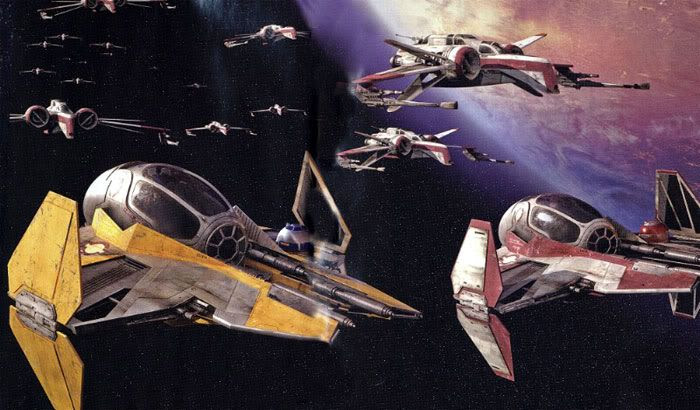 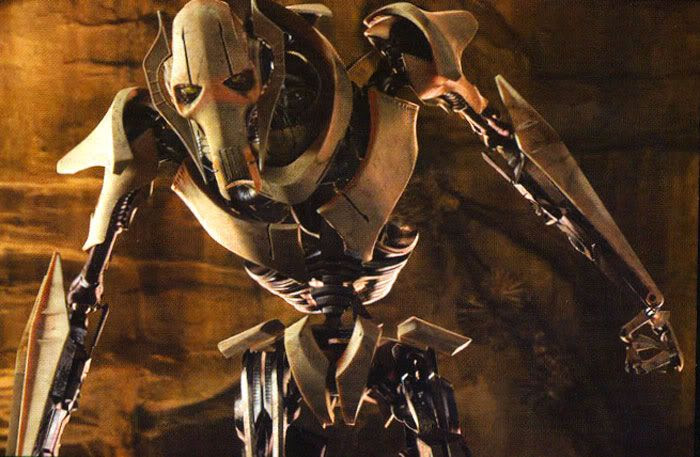 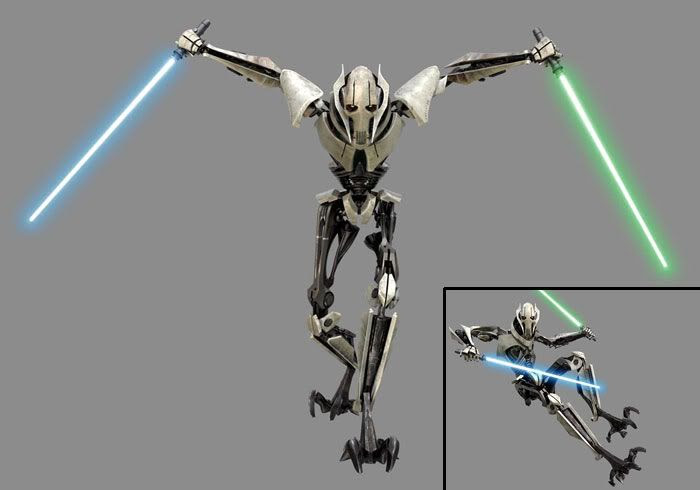 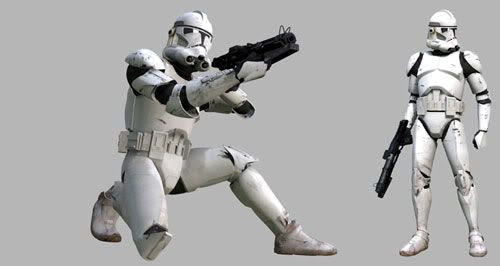 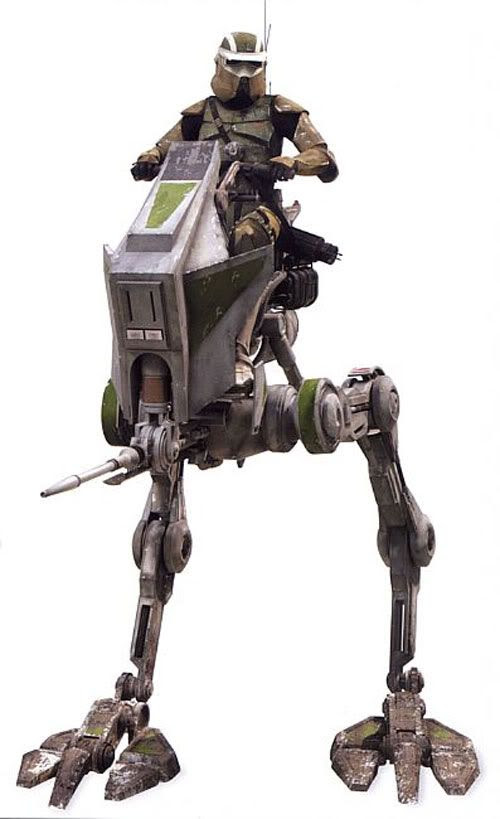 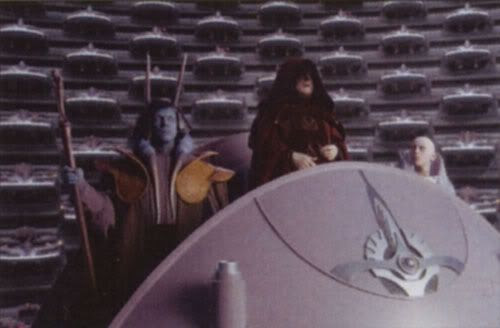 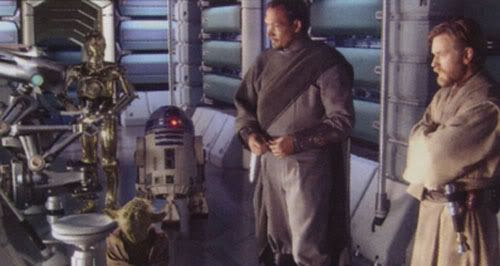 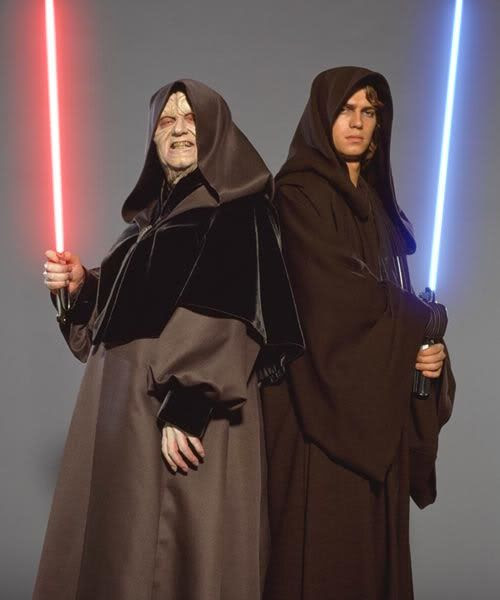 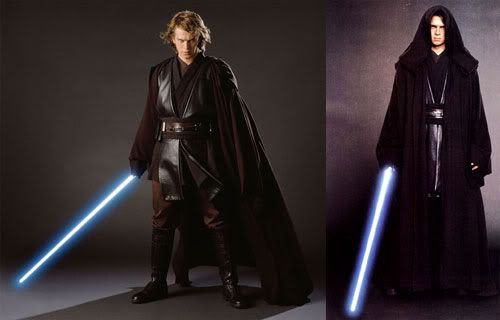 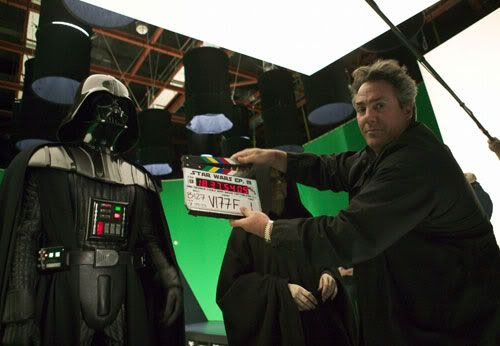 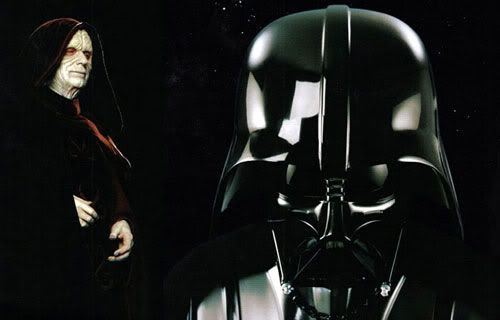 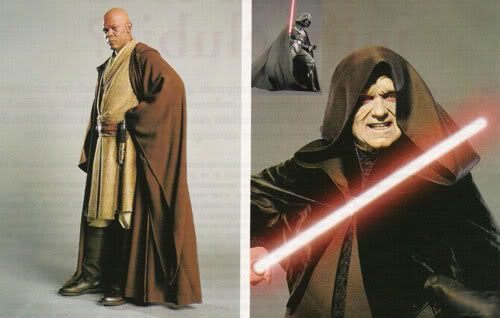 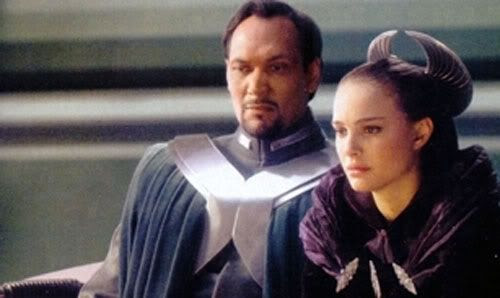 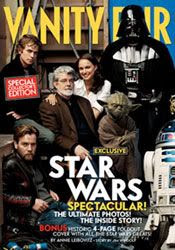