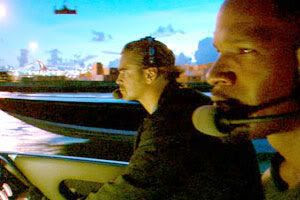 MIAMI VICE... Since the movie opened Friday, and I watched it during a press screening in Hollywood last Wednesday, I guess it’s safe to give a full review here. Actually, I don’t feel like giving a full review. All I’m gonna say is, cinematography-wise, the movie looked great (especially during the aerial shots of the planes soaring through the clouds over South America, and that scene where Colin Farrell is driving that nice-ass speedboat across the sea to, um, Cuba? Got confused with that one)...and action-wise, there was hardly any. But when there was an action scene (re: gunfights), you rooted for Sonny (Farrell) and Ricardo (Jamie Foxx) to start blasting away at some drug dealers and white supremacists. Or did I spoil the plot for you? Anyways, I thought Collateral was a lot better than this film. For starters, I could understand the dialogue in Collateral (I know, I know... Michael Mann is trying to convey realistic cop talk in this latest film), and the story wasn’t convoluted in the 2004 thriller. So anyways, again, that’s all. What’s the next film I want to see this summer? Don’t know... This summer blows.
Posted by Richard at 1:02 AM 0 comments 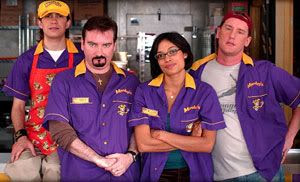 CLERKS II... I didn’t watch the first one in its entirety, but now I should just to see how it compares to the sequel, which was totally hilarious and witty! Don’t know about you, but Kevin Smith writes some of the best damn dialogue in movies...especially when the dialogue is about movies. That one scene where Randal Graves (Jeff Anderson) is getting in that heated argument with Elias (Trevor Fehrman) and a customer (played by Quentin Tarantino look-alike Kevin Weisman) about The Lord of the Rings was a crack-up...and true. Of course, the dialogue about "Mannequin Skywalker" and the Star Wars prequels (well, only Star Wars: Episodes' I and II, that is. Ahem) was also true. Jay and Silent Bob, those crazy potheads, almost stole the show. And Rosario Dawson was waaay better than Dante Hick’s (Brian O’Halloran) fiancée, Emma (played by Jennifer Schwalbach Smith... Do any of you even care that I list the real name of the actors? Don’t answer that). By the way, that one shaggy-haired diner patron sitting at a table who utters the line "F**kin’ ay" was a former classmate of mine (Steve R.). We both graduated from film school at Cal State Long Beach in ‘04. How he made a small cameo in Clerks II, I do not know. Lucky punk. Then again, I was in 2002's $400 million behemoth, Spider-Man, so all is forgiven.

About the scene where Dante and Randal go Go Cart racing... That looked like it was filmed at Speed Zone, which is only a couple of miles from where I live (in southern California). If that is Speed Zone in Clerks II, then this would be the second time the SoCal racing park was featured in a movie that ironically took place in a northeastern state (Clerks took place in New Jersey, while the other film I’m talking about, 2005’s Guess Who starring Bernie Mac and Ashton Kutcher, took place in New York...which I’m heading to next month, by the way). I’ll stop wasting your time with meaningless trivia now. 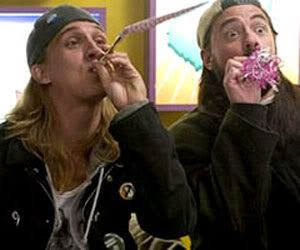 Email ThisBlogThis!Share to TwitterShare to FacebookShare to Pinterest
Labels: Attack of the Clones, Lord of the Rings, Movie reviews, Spider-Man

Farewell, Paramount Pictures... Yesterday was officially my last day working at the studio, after being there for a year. All in all, it's a great place to work! So historic. I'd write a longer entry, but I don't wanna. Maybe later. Click here to check out several photos that I took while I was at Paramount. Some of the photos include a prop vehicle from the upcoming Spider-Man 3 and the Batmobile from the old 1960's Batman TV show. 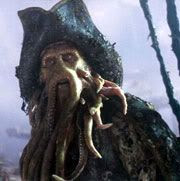 SQUIDHEAD... So about an hour ago, I came back from the theater after watching Pirates of the Caribbean: Dead Man’s Chest. The movie was okay... I could see that the filmmakers were obviously trying to make the film a lot more complex and darker than the first installment (in the same vein as Indiana Jones and the Temple of Doom and The Empire Strikes Back...though neither of the two aforementioned films compare to Empire’s excellence). A major flaw in the movie was that much of the dialogue was inaudible—either because of the heavy British accents, or Hans Zimmer’s bombastic score (which I still liked...though some of the music sounded very similar to his work in Gladiator, Crimson Tide and even Pearl Harbor). Heavy accents are what marred the viewing experience of the last Harry Potter installment for me as well, but I’m not talking about the Goblet of Fire here. Um, obviously. The prosthetics used to turn actor Bill Nighy into the multi-tentacled Davy Jones were well-done.

Back to Pirates 2. I can’t wait to see (Warning: a major spoiler ahead for those of you who haven’t seen the movie yet) how a certain character’s comeback from The Curse of the Black Pearl is explained in the third Pirates film...to be released next year. I also hope the dialogue will also be more intelligible. Other than that, I have nothing else to say. Oh yea... End Spoiler. $132 million in three days. Good Lord...
Posted by Richard at 1:07 AM 0 comments 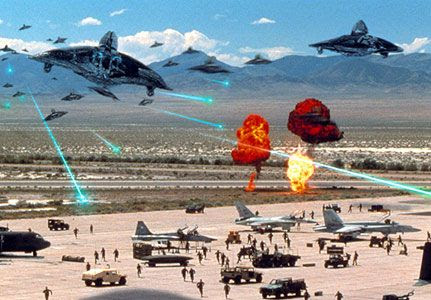 INDEPENDENCE DAY... Ten years ago today, the sci-fi mega-blockbuster made its debut in advance screenings around the USA. Independence Day (a.k.a. ID4) would turn out to be the highest grossing movie of 1996 (making $306.2 million domestically), win the Oscar for Best Visual Effects the following year and encourage filmmaker Roland Emmerich to make less-memorable disaster movies such as Godzilla and The Day After Tomorrow years later. ID4 was my favorite flick of ’96—despite the numerous ridiculous and/or inaccurate plot elements, such as the fact an extraterrestrial species is capable of destroying our planet’s largest cities with a single laser beam coming from 15-mile-wide hovering spaceships, only to fall victim to a virus that was able to be uploaded to the 500-mile-wide mothership’s computer within seconds...and the fact F/A-18 Hornets were depicted as having drag chutes. Hornets don’t have drag chutes. The SR-71 Blackbird and space shuttles use one, but the F/A-18 doesn’t. That, and B-2 Stealth Bombers aren’t armed with AMRAAM missile launchers as Will Smith said. Anyways... David Arnold's patriotic music score for ID4 is totally awesome. I listen to it on my MP3 player now and then.

Here are some memorable publicity photos and screenshots from the alien invasion hit. 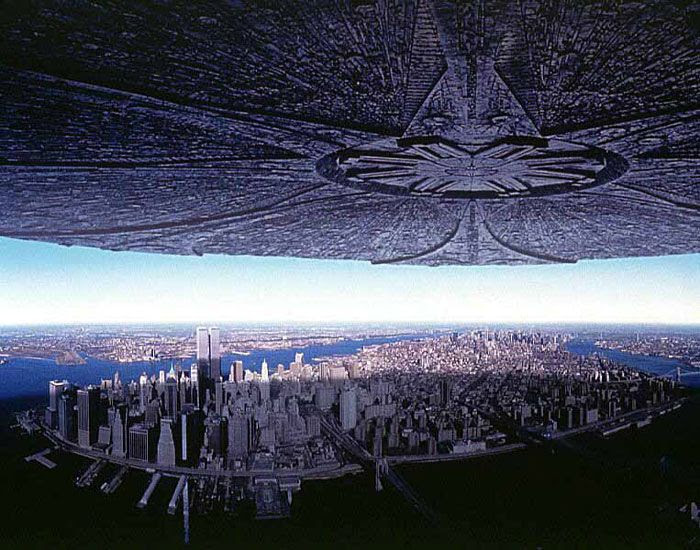 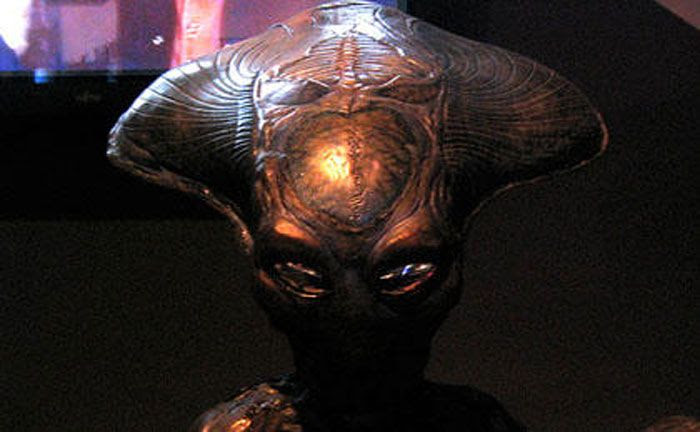