BACK TO THE FUTURE: Celebrating Its 30th Anniversary at the 'Real' Twin Pines Mall... 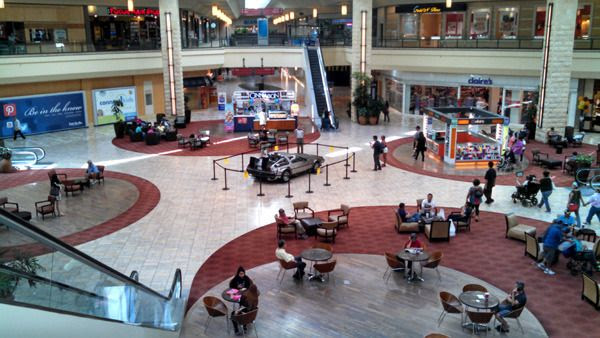 Earlier today, I visited Puente Hills Mall (which is less than 5 miles from where I currently live) when I discovered that the DeLorean and Doc Brown's van from Back to the Future are being displayed at the shopping plaza that doubled for Twin Pines Mall and Lone Pine Mall in the movie. This is due to the fact that the classic sci-fi comedy celebrates the 30th anniversary of its release this year. Back in 2010, I watched Back to the Future at the AMC 20 inside Puente Hills Mall as it commemorated the 25th anniversary of Robert Zemeckis' film. I believe that the DeLorean and the van made an appearance at the mall that year as well...but I never saw them (they were both possibly displayed outside in the parking lot; I never bothered checking).

The DeLorean is parked right in the middle of the lobby on the mall's first floor, while the van is almost parked in the exact same spot where Marty McFly chatted with Doc before fleeing from those Libyan terrorists in Brown's time machine to the year 1955. Check these vehicles out if you have the time! Don't know how long they'll remain on display at Puente Hills Mall, though. Carry on. 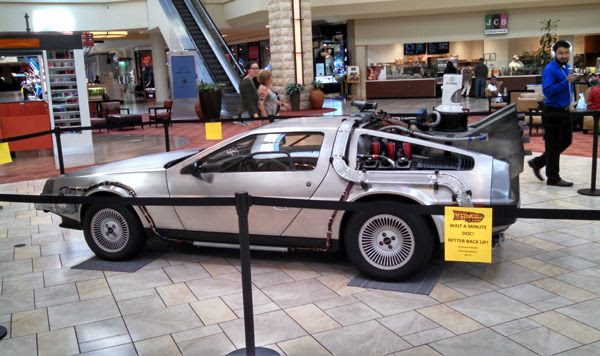 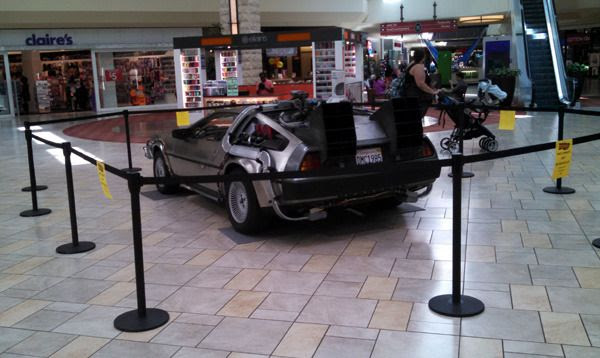 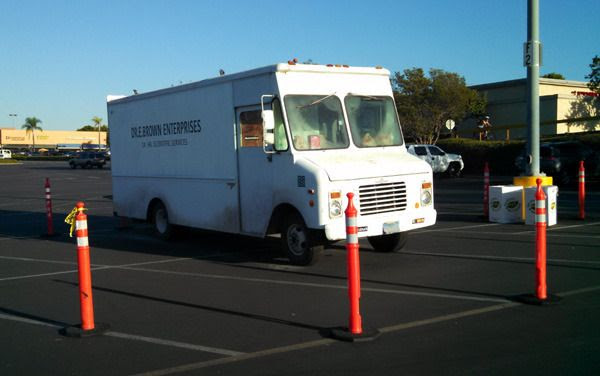 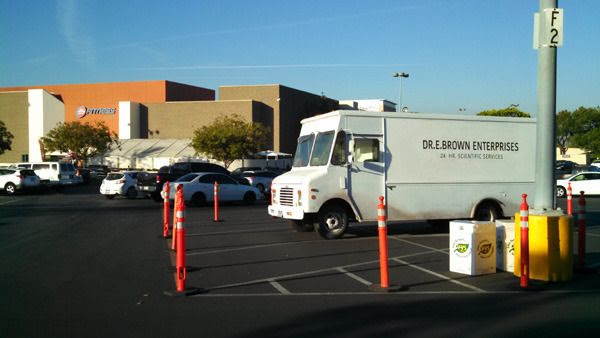 Email ThisBlogThis!Share to TwitterShare to FacebookShare to Pinterest
Labels: Back in the Day, Back to the Future, Photos of the Day

Image of the (Independence) Day... 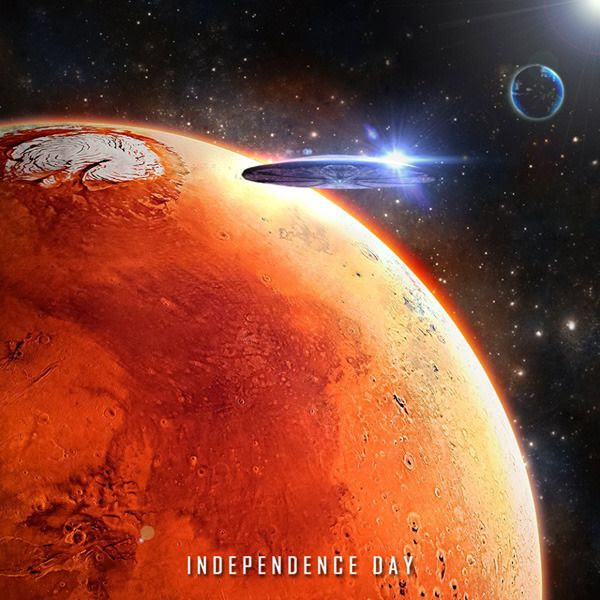 "Water is not the only thing they found." Yea, I wish. In light of yesterday's announcement that NASA found signs of liquid water still flowing on Mars, this cool image of an alien destroyer approaching the Red Planet was posted on the official Independence Day Facebook page. It's probably too late to include this discovery in the storyline for next year's Independence Day: Resurgence (which is already in post-production), but if this sequel ends up being highly successful at the box office and FOX approves another ID4 installment, then creators Roland Emmerich and Dean Devlin should definitely feature this in the movie. It would be so cool to see an alien attacker pursuing a human-made fighter through the canyons of Valles Marineris on Mars...a la Will Smith getting chased through the Grand Canyon by that alien fighter in the first movie. That was a great scene.

Photos of the Day: A New Addition to my STAR WARS Collection... 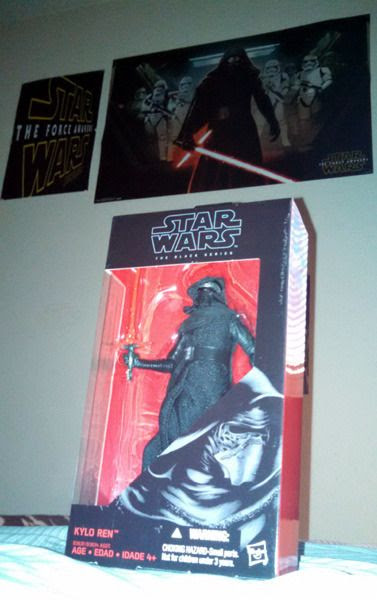 So two days ago, I went to the local Walgreens to get my annual flu shot when I stumbled upon this cool Kylo Ren action figure at the drugstore afterwards. Seeing as how I drove to multiple shops on "Force Friday" 20 days ago to seek out anything that involved Kylo Ren (and Captain Phasma) from Star Wars: The Force Awakens, it was amusing to see that Walgreens would carry this item...when it's still nowhere to be found at any of the Target and Toys"R"Us stores (which promoted Force Friday more than Walgreens did; in fact, I don't think Walgreens had any advertisements promoting the release of new Star Wars merchandise. I'm most likely wrong...) near my house. Fail, fail, fail.

Anyways, the Kylo Ren figure is displayed um, proudly with all of my other Star Wars stuff at home (below). Though I'm gonna have to figure out how to make room for collectibles when Rogue One: A Star Wars Story get released in theaters next year. And I won't even worry about Star Wars: Episodes VIII and IX yet...let alone the other Star Wars spin-off films. Have a nice day. 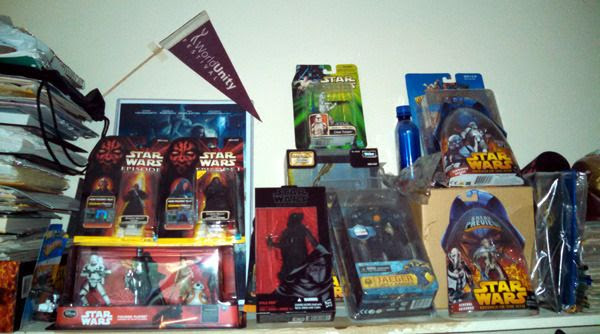 Email ThisBlogThis!Share to TwitterShare to FacebookShare to Pinterest
Labels: Attack of the Clones, Pacific Rim, Photos of the Day, Revenge of the Sith, The Force Awakens, The Last Jedi, The Phantom Menace, The Rise of Skywalker 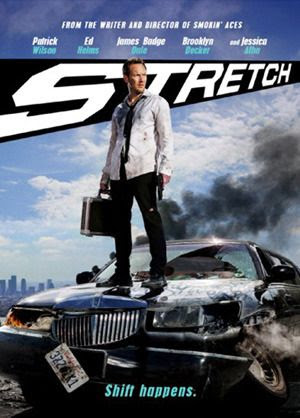 Since I had the day off from work today, I finally got around to watching Stretch...a crime comedy starring Patrick Wilson, Chris Pine, Jessica Alba, Brooklyn Decker, Ed Helms and other talented cast members. All I could think of after watching this flick was—WHY, OH WHY didn't Universal Pictures show this movie in theaters? (I watched it online through Amazon Instant Video.) Stretch was hilarious! If you've seen the 2012 Colin Farrell comedy Seven Psychopaths and enjoyed that flick, then you'll also like this one since it's about a hapless dude trying to make it in Hollywood...only to get caught up in violent criminal enterprises during the process. Audiences would definitely have dug Chris Pine's performance, as he played a coked-out, self-punching money launderer who gets Wilson (nicknamed Stretch) to do his bidding at the price of $6,000. And despite the numerous times that Stretch gets screwed over in this movie (he incurs the wrath of such celebrities as...David Hasselhoff and Ray Liotta during his crappy job as a limo driver), leave it to Hollywood to have Stretch get dumped by Brooklyn Decker in the opening scene of the film—only to hook up with none other than Jessica Alba at the end. (Sorry, spoilers.) Yea, that's a feel-good conclusion if I've ever seen one. 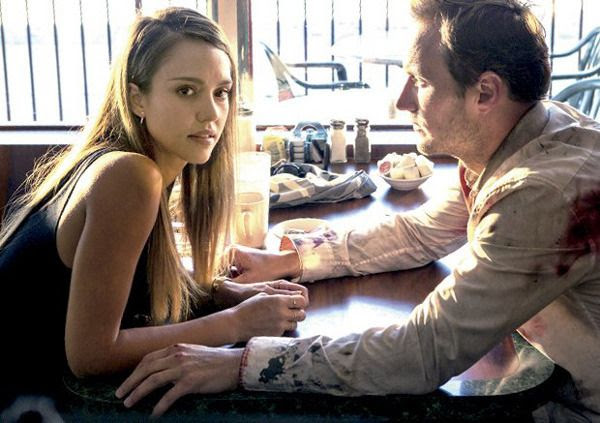 Early this morning, I watched the new crime biopic starring Johnny Depp as former Boston crime boss James 'Whitey' Bulger. Black Mass was good... I'd say that Depp's performance as Bulger is Oscar-worthy despite the fact the make-up work done to make him look like the notorious Winter Hill Gang leader is not. On another note: I just found out through my journal (yes, I keep a journal; it's not online though) that I was working in Santa Monica, California, on June 22, 2011—the day that Bulger was found and arrested in said city. (He was a fugitive since 1994.) On a more coincidental note: We both had our run-in with law enforcement that day— Bulger was taken into custody by the police outside an apartment, while I got a citation (for $64) for not having a residential permit when I parked outside another apartment. (The street parking throughout Santa Monica is atrocious.) Yea, I'm sure that Bulger preferred getting a measly parking ticket too...instead of being sentenced to two consecutive life terms plus five years in prison for his crimes. That is all. 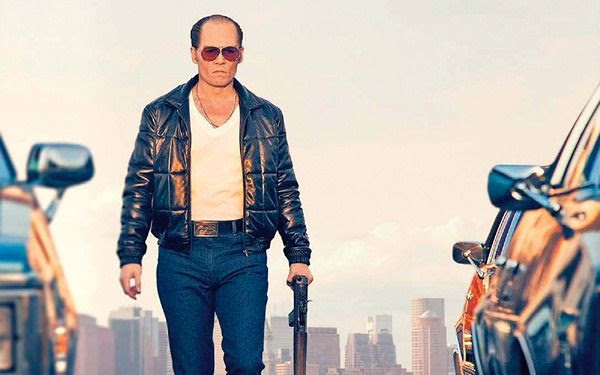 Photos of the Day: DAWN OF JUSTICE on Display in Burbank... 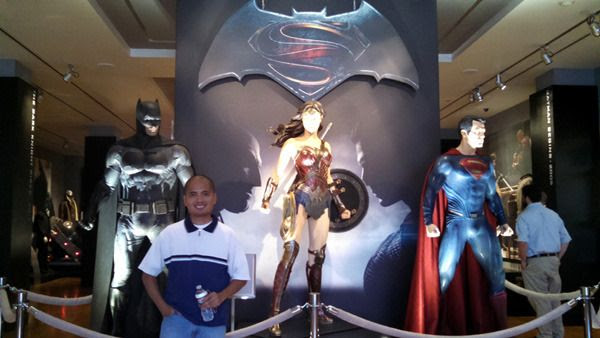 So earlier today, I was working at Warner Bros (WB) in Burbank when I decided to visit the studio museum during my lunch break. My original intent was to see the new Batmobile that Ben Affleck will use in next year's Batman v Superman: Dawn of Justice. Unfortunately, the only way to enter the so-called Picture Car Vault where Batman's new ride is displayed is to book a studio tour (which cost $62 per person). So instead, I decided to just check out the costumes worn by Affleck, Gal Gadot and Henry Cavill as the Dark Knight, Wonder Woman and Superman in Dawn of Justice, respectively. I also took pictures of some of the props from Christopher Nolan's Batman movies—which I originally saw on display at L.A. Live in December of 2012. 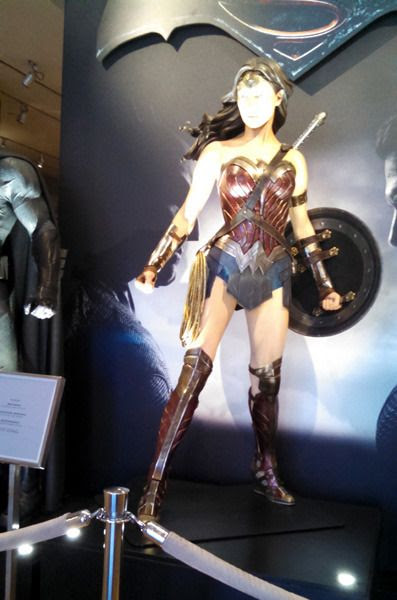 I'm deciding if I'll actually go on a WB tour just to see the Dawn of Justice Batmobile... I have till the end of this year to do so before the vehicle is placed back into storage (for Ben Affleck's standalone Batman film and 2017's Justice League flick, I reckon). $62... I prefer spending that money on watching Star Wars: The Force Awakens over and over at the theater this December. Carry on! 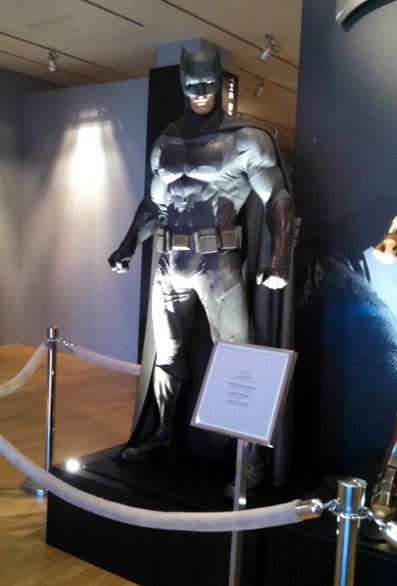 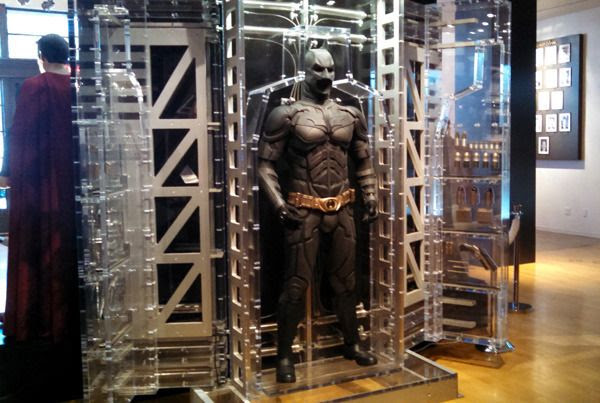 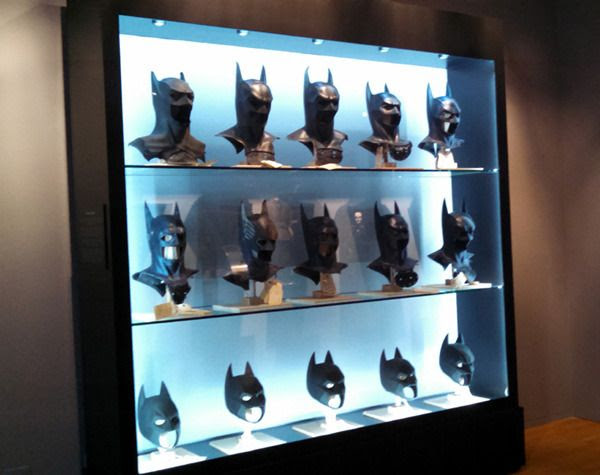 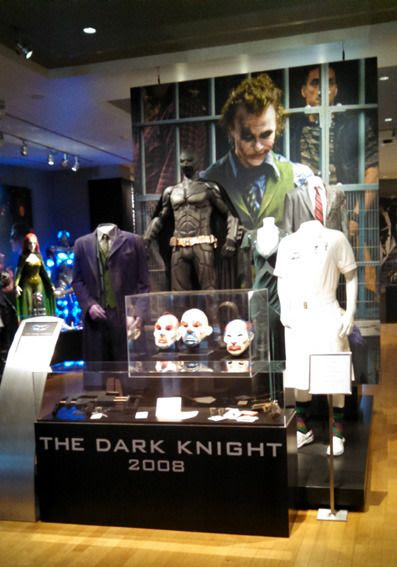