Meet the Fockers... I saw the film on Christmas Day, and needless to say, the film was friggin’ hilarious!!! Probably the best film I’ve seen at the theater in a while. If you haven’t seen it yet, watch it! The commercials don’t do justice to its hilarity, hahaha. Seeing the Chihuahua hump anything that moves and the little kid cheerfully repeat the words, "Ass-hooooooole" alone is worth the price of admission. 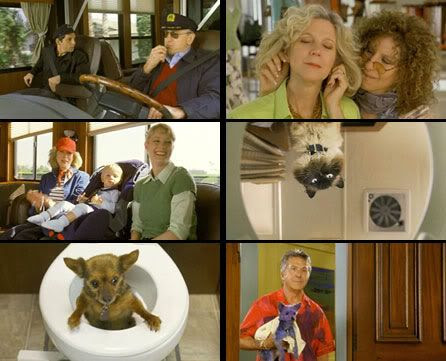 THE RETURN OF THE KING: Extended DVD version... Yesterday, I attended one of my relatives’ Christmas party in Hawthorne (near Inglewood and LAX airport), and to kill time, we watched the extended DVD version of the third Lord of the Rings film...all 4 ½ hours of it. Actually, I went home right after Frodo destroys the Ring at Mt. Doom. No need to see a bunch of pansy Hobbits jumping up and down on a bed again. Anyways, out of all the extra scenes that were added into the film, there were 2 scenes that really stood out from the rest: Saruman’s death scene (oops, did I spoil it for you guys?? No I didn't.) and the Mouth of Sauron scene. Saruman’s demise takes place at the beginning of the film, when Gandalf and company find Merry and his boy toy—err, friend Pippin toking outside the Tower of Isengard. Words are exchanged between Gandalf and Saruman—who is standing at the very top of the tower, and the scene eventually ends with Saruman plummeting to his death after being stabbed in the back by his assistant Grima Wormtongue (the dude who was watching Saruman create gunpowder for a bomb in The Two Towers). What caused Wormtongue to do such a dastardly deed? He was standing next to Saruman when the wizard slapped Grima like a little bitch after Grima said something insubordinate.

The other cool addition to ROTK is the Mouth of Sauron scene that occurs near the end of the film (well, I wouldn’t say it’s near the end). It takes place as Aragorn, Gandalf and the rest of their army approach the Black Gates of Mordor to finally confront Sauron’s forces, and a lone figure—shown in the pic above and to the upper left-hand image of the montage below—riding on a horse exits from the gate to deceive Aragorn and Gandalf into thinking Frodo is dead by flaunting that metal vest Frodo received from Bilbo Baggins in the first LOTR film. [In case you forgot, or don’t care (I’m pretty sure it’s the latter), the metal vest was taken from Frodo when the Orcs bring his unconscious body to a Mordor tower after Frodo is bitten by Shelob the Spider.] This villain is such a cool-looking character, even though he gets his head chopped off by Aragorn. Being a Star Wars fan and all, why can’t a Sith Lord look like this in one of the prequels? Oh well, Darth Sidious still rules!!

Despite such a detailed journal entry about Lord of the Rings, I’m still a bigger Star Wars fan. How big a fan am I? You’ll know on New Year’s Day. Bring on Revenge of the Sith! 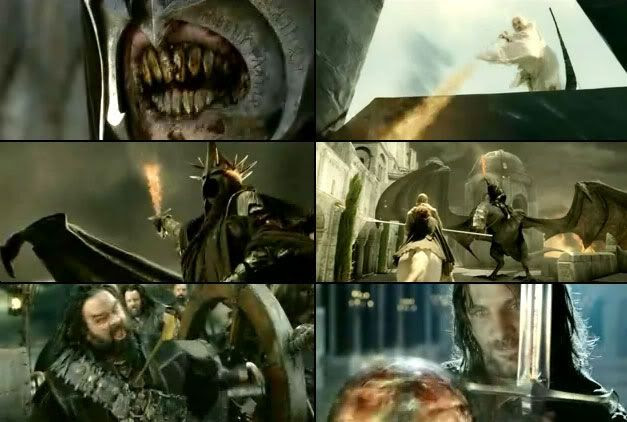 EDIT: Oh- and the dude getting stabbed by an arrow in the lower left-hand image of this montage is LOTR director Peter Jackson, making a cameo in his own Oscar-winning film.

Email ThisBlogThis!Share to TwitterShare to FacebookShare to Pinterest
Labels: Lord of the Rings, Movie reviews, Revenge of the Sith

I watched Lemony Snicket’s A Series Of Unfortunate Events at Paramount Studios last night... It was okay. A lot more entertaining, in my opinion, than Ocean' 12 because of Jim Carrey's performance. The one big flaw that I found with the movie was that they didn't explain the significance of those spyglasses (you'd obviously have to see the film to know what I'm talking about). But according to my friend Sarina (who works at Paramount and was able to get me in for free. Thanks, heheh), Paramount is planning to make sequels to Lemony Snicket since the story is based on a series of children's books. So essentially Paramount is trying to do what New Line Cinema did with Lord of the Rings and Warner Bros. did with Harry Potter. Though I'm pretty sure Lemony Snicket will be the least successful of the three book-turned-movies franchises. Oh yea, I forgot about The Bourne Identity and The Bourne Supremacy.

Make that the least successful of the four book-turned-movies franchises. Oh, and I forgot about Mario Puzo's The Godfather (and Jurassic Park...though only two of the films were based on Michael Crichton's novels)!! Dagnabbit, nevermind!!! 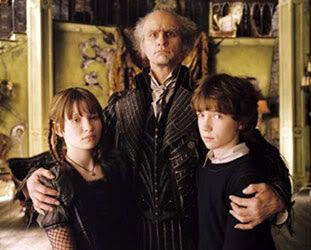 EDIT: After the movie, Sarina, one of her Paramount friends and her sister (we all watched Lemony Snicket together) and I walked over to the set where they were shooting an action scene for the hit TV show 24. My question is: Shouldn't they be filming 24 at the Fox Studio Lot in Century City and not at Paramount, since 24 is a Fox show? Sarina replied that it was probably cheaper to film at Paramount.

Miniature models of Episode III: Here's an article that dealt with all the miniature sets that were built for Revenge of the Sith. For those of you who thought the prequels overdid it on the CGI (that's computer-generated imagery for the layperson), here's an excerpt from that article:

"To the layman, it's become increasingly easy to credit the amazing visuals of modern effects movies to the ever-present computer. If the talents of digital artists are often casually dismissed with a simple, "it's all CG," then the physical art of miniature construction is often completely ignored. In reality, the Star Wars prequels have featured more miniature work than the Original Trilogy -- Episode I alone had more models than the original films combined. It's the way in which miniatures are used that has changed dramatically."

To the naysayer who doesn't know jack about movie visual effects or even filmmaking in particular, and uses the clichéd "It's all computer-generated" when commenting about certain fantasy/epic films, TAKE THAT!

Email ThisBlogThis!Share to TwitterShare to FacebookShare to Pinterest
Labels: Revenge of the Sith, The Phantom Menace

I saw Ocean's Twelve last night... It was entertaining, but also a bit confusing in how the main heist was explained at the end. Also, Soderbergh was a little too happy using those handheld Steadicam shots. Either he chose that visual style for this film or he was running behind schedule and didn't have time for more dolly camera movements! Also, there was a small subplot featuring Catherine Zeta-Jones' character that was thrown in at the last minute that I could care less about. Ocean's Eleven was obviously a lot better. On the plus side, the new trailer to Batman Begins was shown before the screening...as well as the Meet the Fockers trailer and a preview to Be Cool, which stars John Travolta, Vince Vaughn, Uma Thurman, The Rock and...Christina Milian. 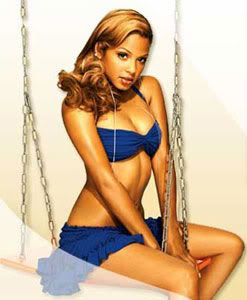 I saw Blade Trinity today... It was pretty entertaining. Then again, I also thought National Treasure was enjoyable when I watched it about 2 weeks ago, so what does that tell you about my standards? I have The Matrix sequels, Starship Troopers and some Star Wars parody called Thumb Wars on DVD, for cryin' out loud!! But seriously, the new Blade film was okay. The "reaper dogs" were cool. Vampire Pomeranians, hahaha. In the words of Bart Simpson: "You can't make that stuff up." 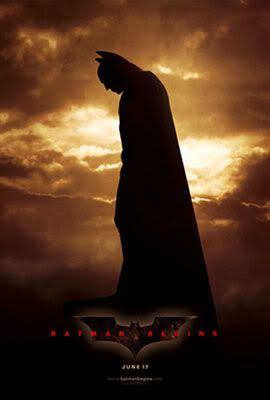 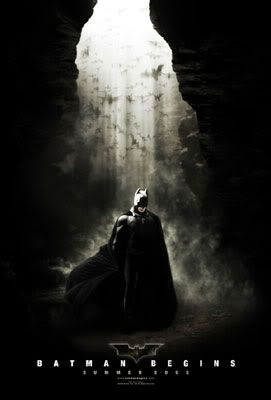 Click here for more details on the film...which I haven't talked about in my Blog for quite a while. Last I heard, composer Hans Zimmer (Gladiator, Black Hawk Down, The Last Samurai, Hannibal, Pearl Harbor, Crimson Tide, Broken Arrow and...The Lion King) was helping on the music score. That should be interesting...considering all of Zimmer's scores have been unique in one way or the other. In other music news, Kanye West, Usher and Alicia Keys lead the list in Grammy nominations. See how quickly I changed the subject?