TRANSFORMERS 3 Update... For those of you who regularly visit my Blog and noticed that I haven’t said a thing about the third film in the Giant Alien Robots franchise recently (even though I posted a gripload of entries about Transformers 2 back when it filmed in 2008), it was intentional. I was focused on typing about the launch preparations for the Akatsuki-IKAROS spacecraft (which lifted off for Venus 11 days ago)...and didn't want Transformers 3 to be upstaged by the space-related news. 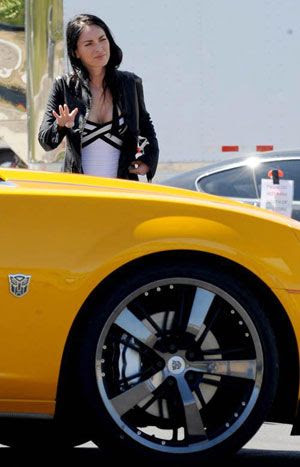 Anyways, there are LOTS of things to mention about Transformers 3...namely the fact that it is very unfortunate that Megan Fox dropped out of the third film. In all honesty, the main reason why I was looking forward to seeing Transformers 2 after watching the first one back in 2007 was because I wanted to see the relationship between Sam Witwicky (played by Shia LaBeouf) and Mikaela Banes (played by Fox) develop. I’m one of the few people who actually liked how these characters were written in the first film, and even liked how their relationship was expanded upon (so to speak) in Revenge of the Fallen. 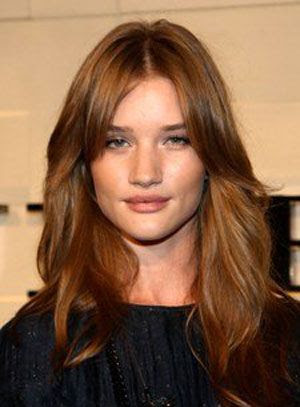 What’s ironic is the fact that if I DO end up losing interest in watching (or even typing about) Transformers 3, it’ll be because Michael Bay made the mistake of having that Victoria’s Secret model who was supposedly casted to take Megan’s place, Rosie Huntington-Whiteley, play Mikaela...and not because of those two ill-conceived Autobot twins Skids or Mudflap, or because of testicles being added to Devastator, the Constructicon. Much like how Don Cheadle replaced Terence Howard as James Rhodes in Iron Man 2, and Maggie Gyllenhaal replaced Katie Holmes as Rachel Dawes in The Dark Knight, I find it annoying when actors are dropped from movies after they had a substantial role in them. 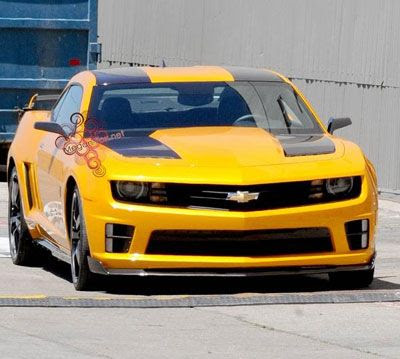 Don’t get me wrong, Cheadle and Gyllenhaal did excellent jobs in those two hit comic book films, but character-wise, it would’ve been a better pay-off to see Terence Howard don the War Machine suit after he makes that "Next time, baby" remark (upon glancing at the Mark II suit in Tony Stark’s lab) in the first Iron Man film. Rachel’s death in The Dark Knight would’ve had a more emotional impact had it been Katie Holmes tied near those explosive-laden oil drums. People who didn’t watch Batman Begins wouldn’t fully realize why Dawes’ death had a strong impact on Bruce Wayne in the second film...especially with the character being played by two actresses in the Chris Nolan-directed movies. Anyways, back to topic... 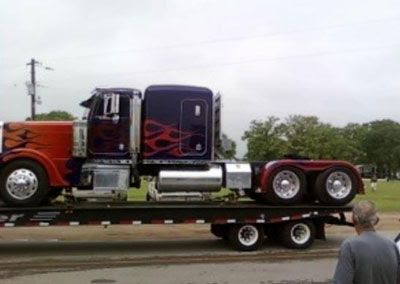 Even though it sucks that Megan Fox is out, it’s still interesting that Michael Bay cast big-name actors like John Malkovich and Frances McDormand in TF3. I’m crossing my fingers that the character played by Ken Jeong (from Knocked-Up and last year’s The Hangover) won’t be TOO offensive in the movie, and that Alan Tudyk will be as amusing in this flick as he was playing Steve the Pirate in 2004’s Dodgeball and being a villain in the now-cancelled Joss Whedon TV show, Dollhouse. Patrick Dempsey (from TV's Grey's Anatomy) is in Transformers 3 as well...though I wonder if his rumored role as Mikaela’s boss will be rewritten since Mikaela is (hopefully, since she won’t be played by Fox) gone from the film. 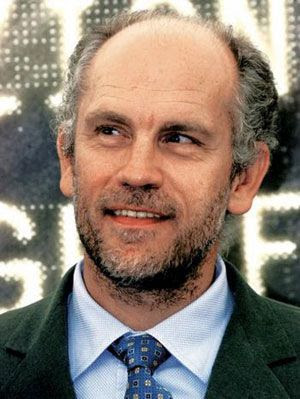 Transformers 3 began principal photography around two weeks ago, and the locations where it will film include Chicago, Detroit, Moscow, Washington D.C., Texas, Africa, China and...Florida. It’s been confirmed online that Bay will be shooting parts of TF3 at NASA’s Kennedy Space Center (where he also filmed scenes for his 1998 blockbuster flick Armageddon) and other areas in the Space Coast. Bay will be filming at KSC in September...around the time that space shuttle Discovery is set to launch on the penultimate flight STS-133. 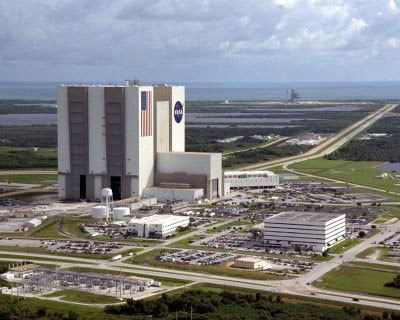 If you’ve read my fanfic synopsis for Transformers 3 that I posted last year, you’ll notice that the locations and rumors for TF3 kinda mesh with what I typed in that entry. In my synopsis, I mentioned that Sam is now out of college and about to start a new job, which is what he’s gonna be doing in the actual film. Not only that, but I also stated that his new job would be at NASA (namely at Kennedy Space Center)...and lo and behold, the movie will actually be filming at NASA’s premiere launch site. However, I also mentioned in my entry that Mikaela dies during the latter half of the movie. Looks like this won’t happen anymore...unless my fear is realized and a hot supermodel who doesn’t have acting experience indeed replaces Fox as Ms. Banes in TF3. Sorry for sounding like a broken record— I just can’t get past this bad news. 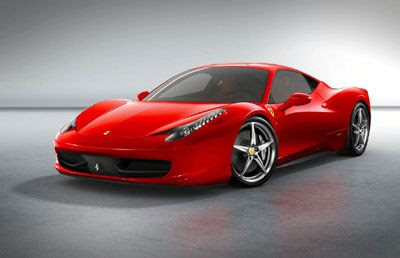 Oh, and there’s gonna be a new Autobot character whose vehicle mode will be a Ferrari 458 Italia. Hot Rod, anyone? I’ve also read online speculation that the final title for TF3 may be Transformers: Day of Reckoning. Sounds like a cool title...but it’s just rumor for now. 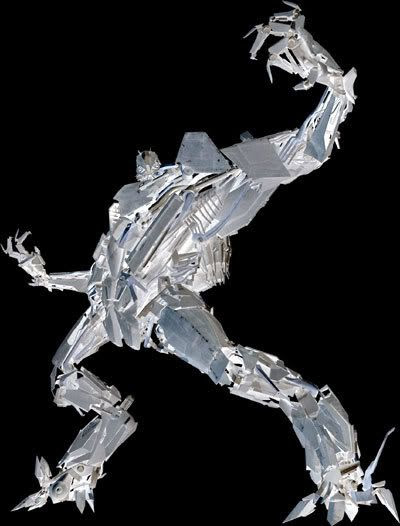 Email ThisBlogThis!Share to TwitterShare to FacebookShare to Pinterest
Labels: Batman, Dark of the Moon, Iron Man, Revenge of the Fallen, The Dark Knight, Transformers 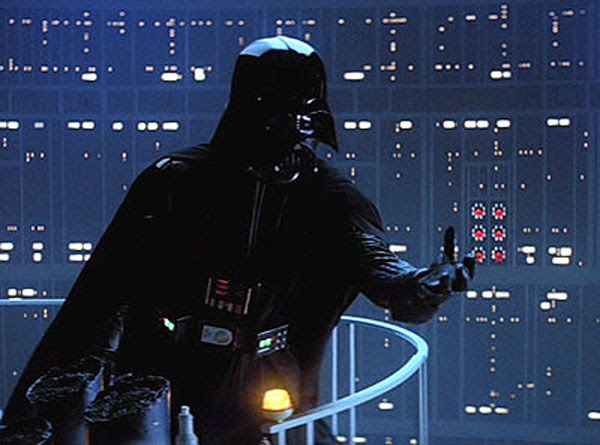 30 YEARS AGO TODAY, the Star Wars saga continued on a truly awesome note when The Empire Strikes Back made its debut in theaters across North America. To this day, The Empire Strikes Back (a.k.a. Star Wars: Episode V) is still considered the best film in the 6-episode movie series...and I agree with this assessment. Return of the Jedi and Revenge of the Sith (overlooking some of the clunky acting and dialogue in this one) would be my next two favorite Star Wars films. 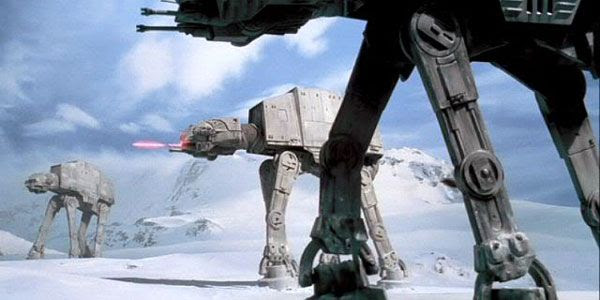 It would actually be pretty cool if George Lucas showed the original Star Wars trilogy in 3-D, especially with The Empire Strikes Back (obviously). Seeing the Battle of Hoth and the Millennium Falcon’s flight through that asteroid field as it evaded those TIE Fighters and Star Destroyers in 3rd dimension would totally kick ass. No pressure there, George... I’d prefer if you convince Lucasarts to re-release the original X-Wing video game so it could be played on Windows XP (which I still have) or Windows 7. That is all. 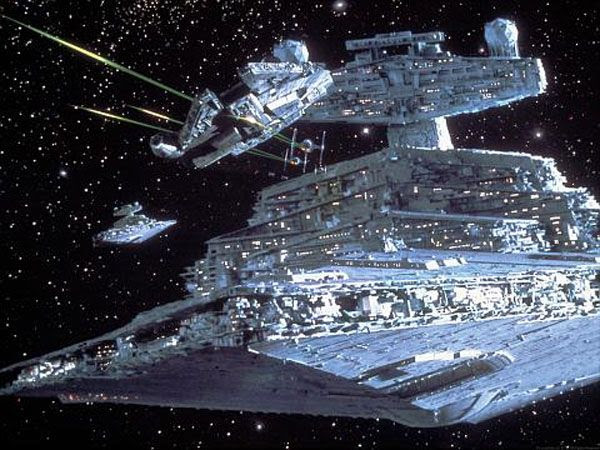 Email ThisBlogThis!Share to TwitterShare to FacebookShare to Pinterest
Labels: Back in the Day, Revenge of the Sith, Star Wars trilogy
Newer Posts Older Posts Home
Subscribe to: Posts (Atom)