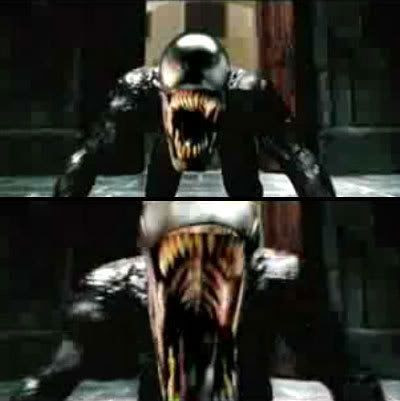 More on SPIDER-MAN 3... Last night, FOX aired the ‘world broadcast premiere’ to 2004's Spider-Man 2, and during most of the commercials, showed brief clips from the newest trailer to next year’s third Webslinger installment. Right before the movie started, however, there was a promo to these sneak previews, and a quick shot of Venom from the film was shown for the first time! In the words of Eric Cartman from TV's South Park: "Kiiick. Ass! Kiiick. Ass!" Thanks to the folks at SuperHeroHype.com for providing a video that combines all clips from the sneak previews. Word. 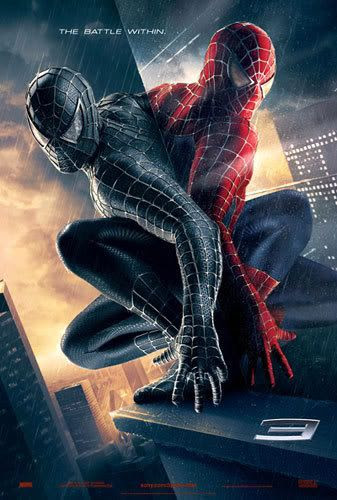 SPIDER-MAN 3 Trailer... Check out the newest preview to the third Spidey flick on iFilm.com, and in front of the next Bond flick Casino Royale...which comes out this Friday. Hopefully, a downloadable version of the trailer will be made available online once Royale is released. By the way, there's no sign of Venom in this preview (except Topher Grace playing Eddie Brock...Venom's human alterego). Sam Raimi is trying to keep the character under wraps, eh? Hopefully, Venom will look awesome when we finally see him on the big screen next May. That is all. 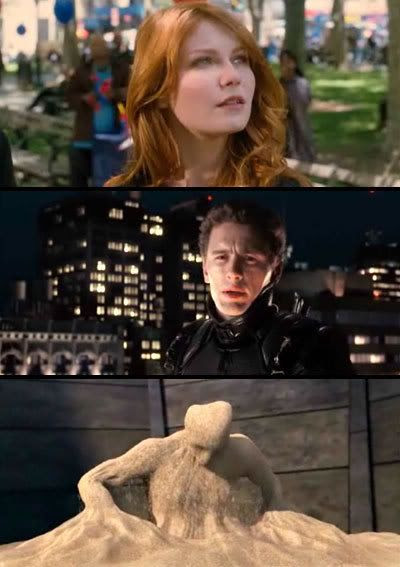 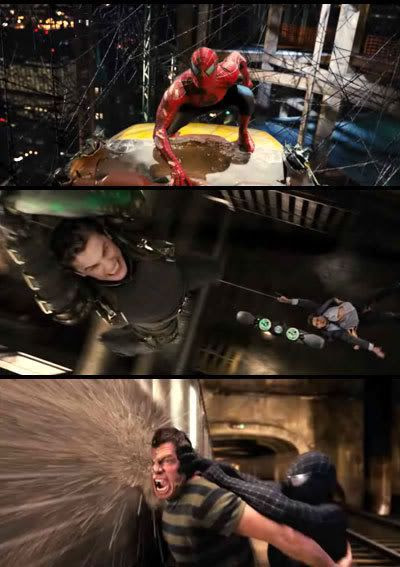 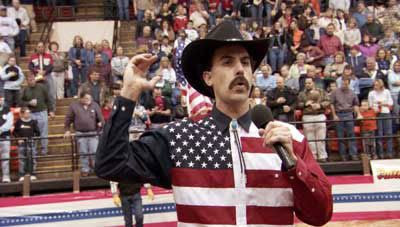 "Kazakhstan is the greatest...country in the world..." So I saw Borat: Cultural Learnings of America for Make Benefit Glorious Nation of Kazakhstan on Saturday, and what did I think? In the words of Mr. Sagdiyev himself (that’s Borat’s last name, in case you didn’t know yet): HIGH FIVE! The movie was hi-larious! From pointing out the town rapist in his home village at the beginning to trying to kidnap Pamela Anderson at the end, the movie was a non-stop crackup! Sacha Baron Cohen is one devoted comedian...considering he was willing to have a naked fat man (Azamat, Borat’s producer in the film) sit on his face and pretty much ‘69’ him during that hotel room wrestling scene, poking fun at his Jewish heritage (C’mon now... Who won’t admit they found guilty pleasure in laughing at him trying to pay off those two ‘Jewish cockroaches’ so they wouldn't kill him? Or videotape the Running of the Jews in his village? It’s good, satirical fun... Mel Gibson should be amused), commenting on the current US and A political climate ("We support your war...of terror. May George Bush drink the blood of every man, woman and child in Iraq.") and even mingling with a couple of male participants at a gay pride parade. Heck, I wouldn’t be surprise if he brought "Not" jokes back into popularity again. And one phrase I’ve never heard of that I'll probably incorporate into my own screenplays is the term "Make romance explosion on her stomach." If you don’t know what that means... Well, you haven’t watch enough pornos then, haha. 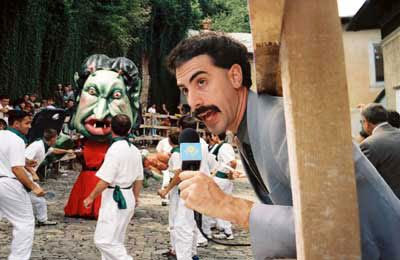 All in all, Borat delivered. Though I don’t know about buying it on DVD since, once again, that now-infamous wrestling scene doesn’t lend itself to repeat viewings (unless you like fat and skinny, butt-naked Kazakh reporters). This is similar to what I said about the last Sacha Baron Cohen flick, Talladega Nights. Anyways... Since I (and millions of other people who contributed to the movie’s $26.5 million opening weekend) watched the film, does that mean Borat will no longer be execute? If so... HIGH FIVE! 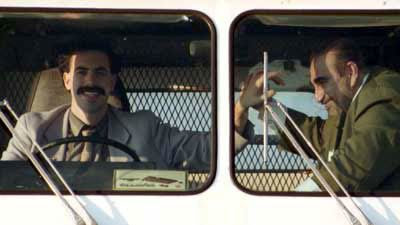