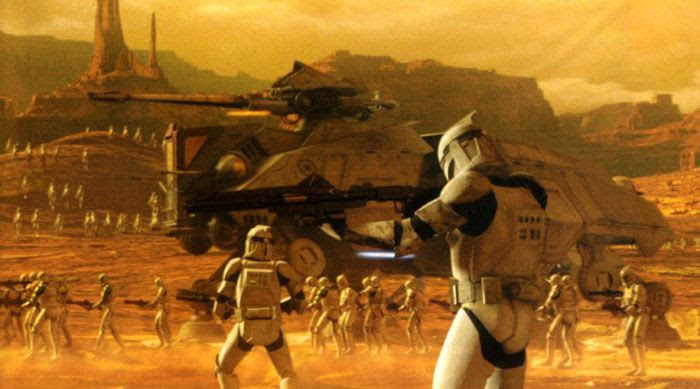 Well, I just got back from seeing Attack of the Clones, and needless to say...the 8:30 PM show was actually my second viewing (I watched it opening day with one of my classmates). Haha!

So what did I think of the movie? It was cool! Sure, the acting is clunky in some parts, and Lucas can do better with some of the dialogue (maybe), but it still nevertheless was entertaining. Ewan McGregor's scenes as Obi-Wan were the best ones in the movie, while the romance scenes between Anakin and Padme were cringe-inducing up until they travel to Tatooine from Naboo to look for a person who will be pivotal in Anakin's rebirth as Darth Vader. The final battle was awesome (especially Yoda's lightsaber scene!!), and the clonetroopers look bad-ass. Can't wait till Episode III comes out in 2005!!!

Anyways, if I'm in the mood next week I'll post a recap of the Spring semester. So why is this semester so special? Because a girl in one of my film classes was able to take the place of Denise in my thoughts...

And YES, I am WELL aware that is something Anakin would've said to Padme in Episode II!
Posted by Richard at 7:02 PM 0 comments

Email ThisBlogThis!Share to TwitterShare to FacebookShare to Pinterest
Labels: Attack of the Clones, Movie reviews, Revenge of the Sith 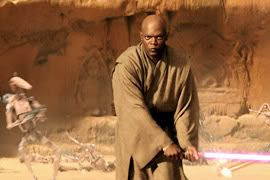 Last night, I saw a film called Replicant, which stars Jean Claude Van Damme as a serial killer in which a clone is made from him so that the clone could be used to predict the killer's next moves (he plays both the killer and the clone. Er, obviously).

I watched it in my Film Symposium class because the movie's scriptwriter was there for a Q&A session. The movie never made it to the theaters (if you saw the ending, you'd know why). It's too bad, cause Van Damme actually acted well in that one. And the clone hooks up with a fine hooker later in the film too. 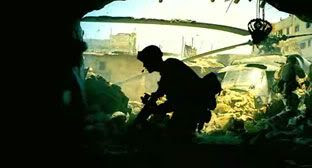 Black Hawk Down didn't get nominated for Best Picture in the 74th annual Academy Awards?? BAH!!! Haha, just kidding...it didn't deserve a Best Picture nod. But how interesting that Lord of the Rings beat out Moulin Rouge, A Beautiful Mind, In The Bedroom and Gosford Park with 13 nominations. The last time a film almost swept the Oscars in terms of nominations was Titanic (14 nominations) back in 1998. Anyways... Unfortunately, I don't think Black Hawk Down will win any Academy Awards AT ALL...since the technical categories it was nominated in will most likely give the nod to Lord of the Rings. Oh well. And who DID watch Gosford Park?? That's what I'm wondering...
Posted by Richard at 6:57 PM 0 comments

Yesterday, in my Film Symposium class, I watched a film called Focus...starring William H. Macy and Laura Dern (both who are in Jurassic Park 3). It was pretty good film. The story's theme is about anti-Semitism in the U.S. during the World War II years. Macy and Dern play a couple who are mistaken to be Jewish--which causes Macy to be demoted from his job (he quits) and leads the couple to being harassed in their neighborhood. Pretty crazy stuff...and the ending was very interesting. Unexpected but powerful--which the ending to a film like Artificial Intelligence could've been if the last 15 minutes was cut out.

Email ThisBlogThis!Share to TwitterShare to FacebookShare to Pinterest
Labels: Movie reviews
Only 99 DAYS left till the film I've been blabbering about for the past couple months comes out. 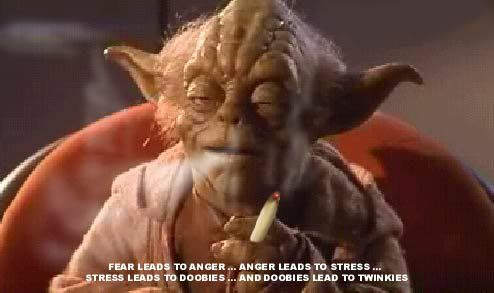 Looks like The Fellowship of the Ring isn't the only fantasy film that has characters smokin' out.

Email ThisBlogThis!Share to TwitterShare to FacebookShare to Pinterest
Labels: Lord of the Rings, The Phantom Menace

Well, the 59th Annual Golden Globe awards have just come to an end...and needless to say: Is there ONE freakin' movie that Russell Crowe doesn't win or get nominated an award for?? L.A. Confidential, The Insider, Gladiator, and now...A Beautiful Mind? Oh well. Gladiator was cool, haha. And I was rooting for Lord of the Rings to win. What a disappointment. Oh well. And finally, Harrison Ford wins a big award--the Cecille B. DeMille award (I'm a film student, and yet I may have misspelled that name...oh well again). He could bring millions of dollars to the box office...and yet he can't win an Oscar and some stuff. I call that...the Jim Carrey syndrome (Definition: funny comedian does an okay film like The Truman Show, wins the Golden Globe but gets snubbed an Oscar nomination). Haha! EH...oh well. He'll still be remembered the same way Al Pacino, Marlon Brando and all those other noteworthy actors will be how many years from now--so it's call good.

Email ThisBlogThis!Share to TwitterShare to FacebookShare to Pinterest
Labels: Gladiator, Lord of the Rings

A little less than 15 minutes ago I came back from watching the film Black Hawk Down. Did I like it? Needless to say, if you like Saving Private Ryan...you'll like this film. People getting their limbs blown off and stuff...that's so cool. JUST KIDDING!! No seriously, Black Hawk Down was pretty intense--and had some humorous parts here and there. An EXAMPLE: When Tom Sizemore's character casually walks around in the middle of a fierce gun battle (after he arrives with reinforcement) shaking the hands of Delta Force and Army Rangers trying to blast away Somali militiamen who are shooting back at them. This guy gots balls, that's for sure. And the fact only 19 U.S. soldiers died as opposed to 1,000 Somali rebels after the battle was over?...that's crraaaazzzy. Of course, after watching this film, a person (an American, in particular) gets convinced that Somalia should be the next country to attack after the war in Afghanistan comes to an end. Damn Somalis...KILL THEM ALL! Just kidding again.

Last night, a couple of friends and I watched Ocean's Eleven. It was pretty coo. If the vault at the Bellagio hotel in Las Vegas actually looked like the one in the movie, I'd say the movie gave us a pretty good idea of how to rob it! Of course, the vault obviously doesn't look like the one in Ocean's, so tough luck for us, haha.

Email ThisBlogThis!Share to TwitterShare to FacebookShare to Pinterest
Labels: Movie reviews
A few days ago, there were reports that *NSync's cameo in Episode 2 was cut due to the response of dismayed SW fans everywhere. Not so, says Lucasfilm spokeswoman Lynn Hale:

"The *NSync guys were shot as extras ... in a background scene," she said. "Whether that makes it into the movie or not won't be determined until [director] George [Lucas] has a final edit, and he won't have that until close to the time of release." Clones is slated for a May 16 release.

So we'll just have to wait and see... 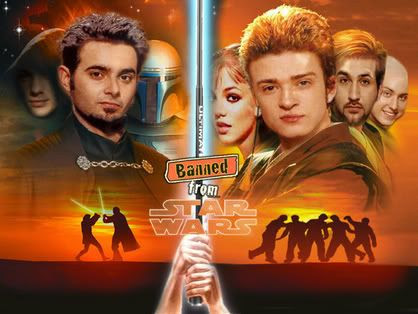 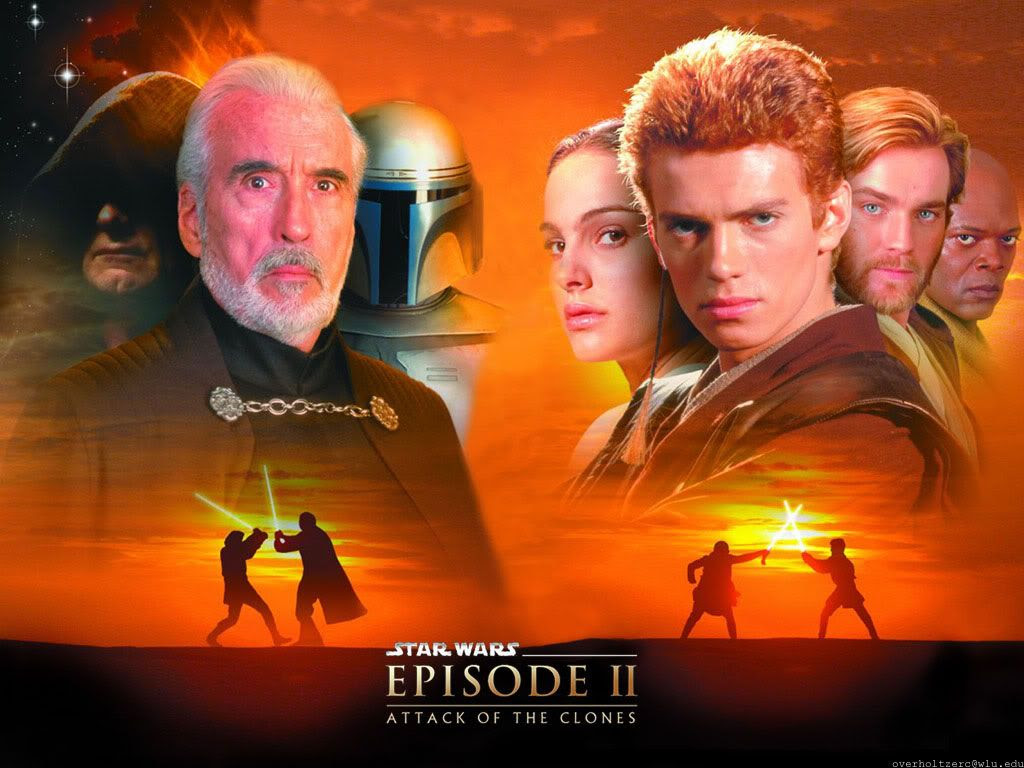 EDIT: ESPN.com had the following poll on their website:

What was George Lucas thinking when he nixed plans to have members of the pop group *NSync appear in "Star Wars Episode II: Attack of the Clones"?

A. He wanted Jar-Jar Binks to remain the most annoying character in "Star Wars" history.

C. After being overwhelmed by protesters in an Internet petition and lampooned by "Saturday Night Live," he simply came to his senses.

D. JC Chasez and Joey Fatone refused to wear "Jedi helmets" for fear of messing up their hair.

E. The Backstreet Boys were unavailable for "Episode III."

F. At 5-foot-9, Chris Kirkpatrick is much too short to be a Jedi ... and he refused to take the role of a clone.

Last I checked...C, B and A were the answers chosen the most.

Yesterday, I went to the LA Auto Show at the Los Angeles Convention Center, and needless to say--the cars on display were pretty cool...not that the cars I saw at the show in January of 2000 weren't any good. Among the highlights of the show were the Maserati, Ferrari and Lamborghini exhibits. The Lamborghini continues to be one of my all-time favorites cars. Imagine the whiplash you'd get driving a car that can go from 0 to 60 MPH in 3.2 seconds!!! Yup, Lamborghinis rock. The Porsche exhibit was also cool...but I'd rather spend 187 GRAND on a nice house than the newest version of this German vehicle. Of course, $187,000 is pocket-change by Shaq's standard. How sad...for us non(pro)-athletes, that is.

Also, a prop vehicle that will be featured in the upcoming Steven Spielberg film Minority Report (due out in summer of this year and featuring Tom Cruz, err Cruise) was also on display. Made by Lexus, this vehicle kinda resembles the futuristic cars shown in Spielberg's previous film Artificial Intelligence, but the Lexus version is much better. There were also some cool hybrid cars on hand...which UNLIKE regular cars get terrific mileage! Compare 56 miles per gallon a Honda fuel cell vehicle would get as opposed to the measly 19 miles per gallon a Jeep gets when you drive on the highway. Horrendous... 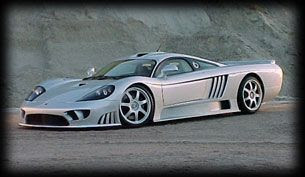 Anyways, there are too many cool autos featured at the Show to mention in my Blog, so I'll just say...it's great having a driver's license. Not that I'm gonna buy any of the cars mentioned above anytime soon--or in this lifetime or dimension!

Pop. The Force. Pop. The Force. POP?? I was just checking out TheForce.Net. as usual when I read that some members from the group *NSync are gonna make small cameos in Attack of the Clones. Does that ACTUALLY mean Episode 2 stands a chance of making as much cash as Titanic??? Hahaha! NO. But it DOES mean we might see Britney Spears, Shakira or Beyonce from Destiny's Child as Padme's new handmaidens in Episode 3. I WISH! Anyways, here's an article from MTV.com...which also mentioned the news (good if you're a pop fan, bad if you're a fanatical Star Wars fan):

"Now that they've taken over planet Earth, *NSYNC are prepared to blow up in a galaxy far, far away. A few of the *NSYNC guys will appear in "Star Wars - Episode II: Attack of the Clones," according to a spokesperson from Lucasfilm.

The spokesperson didn't know specifically which members have cameos in the movie, which will be the fifth "Star Wars" release from creator George Lucas. The guys will be seen for a fleeting moment in a "big scene with lots of extras."

The roles materialized after the group members, who are all fans of the sci-fi saga, asked the new film's producer, Rick McCallum, for bit parts. 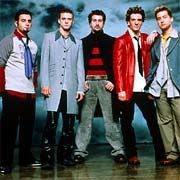 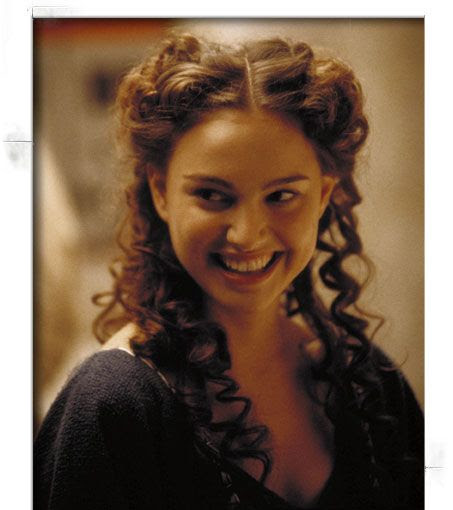 I wonder what Ewan McGregor (Obi-Wan Kenobi) thinks? Being as outspoken as his predecessor Sir Alec Guiness (Obi-Wan in the original trilogy), either he's indifferent to the idea or he considers this cameo thing yet another thing he hates about Hollywood movies. Oh well.

UPDATE: According to EW.com, the *NSync members will play Jedi extras who get blown away by battledroids during (SPOILERS! Underline to read) the arena battle on Geonosis at the end of the film.

UPDATE #2: Considering the fact it was Episode 2 producer Rick McCallum's idea and not George Lucas' idea (according to new reports), *NSYNC might not make the final cut of the movie afterall. If SW fan reactions are any indication, Lucas better be in the editing room right now!
Posted by Richard at 6:53 PM 0 comments