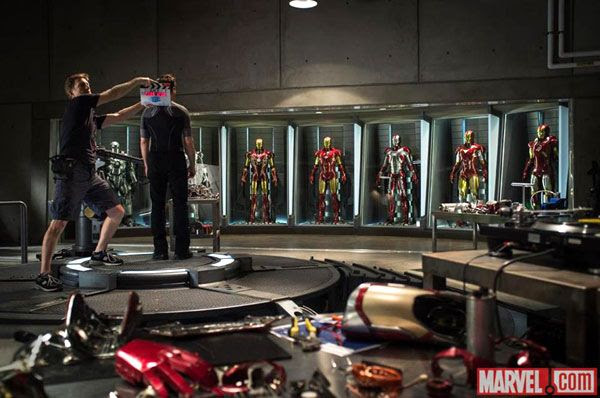 Iron Man 3... Just thought I'd post a quick update regarding the third installment in the hit comic book film series, which is directed by Shane Black (who helmed 2005's Kiss Kiss Bang Bang) and stars Robert Downey Jr., Gwyneth Paltrow, Don Cheadle and Jon Favreau. Newcomers to the Iron Man franchise are Ben Kingsley (who plays The Mandarin), Guy Pearce (as the villain named Aldrich Killian) and James Badge Dale (who will don the suit of Iron Patriot, shown below).

Iron Man 3 is currently filming in North Carolina, and will be released in theaters nationwide on May 3, 2013. 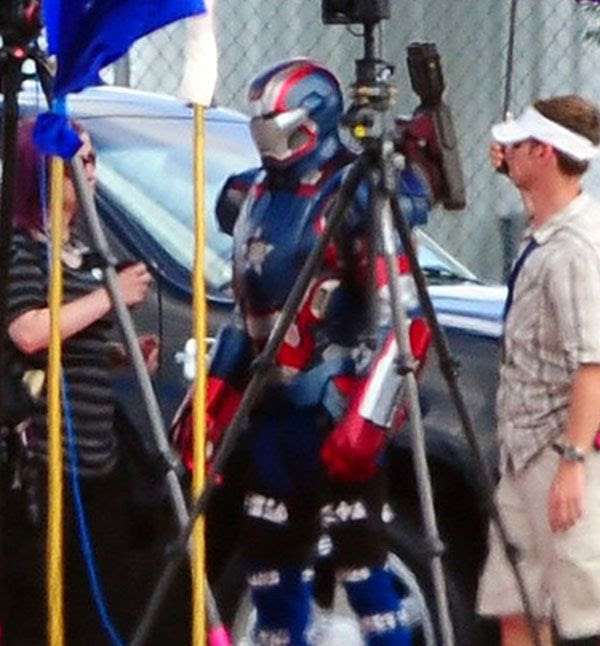 SBMF / FameFlynet Pictures
Posted by Richard at 10:11 AM 0 comments

Happy Anniversary, Star Wars! The first installment of George Lucas' classic science fantasy film franchise was released in movie theaters 35 years ago today...revolutionizing cinema and having a major influence on American pop culture in the process. But I'm sure you already knew that. 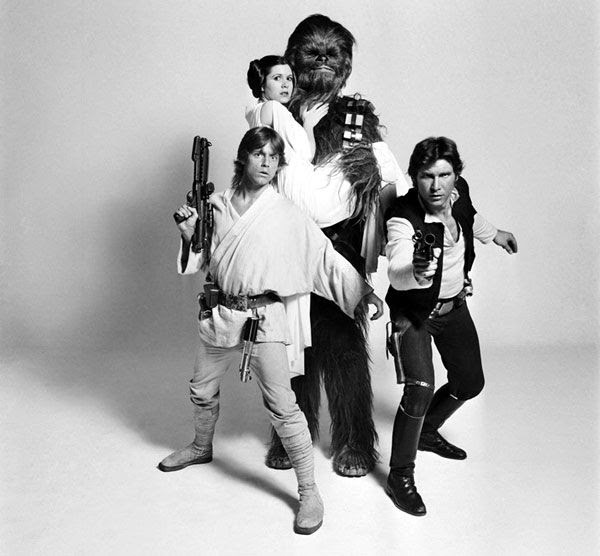 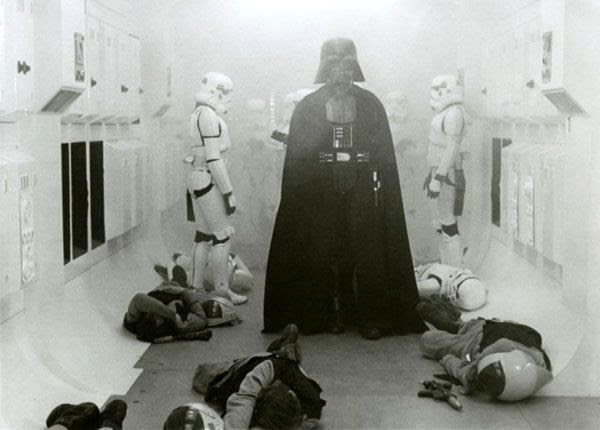 The Dark Knight Rises... Check out the newest poster for Christopher Nolan's final Batman film, which comes out in regular and IMAX theaters less than two months from now on July 20th. 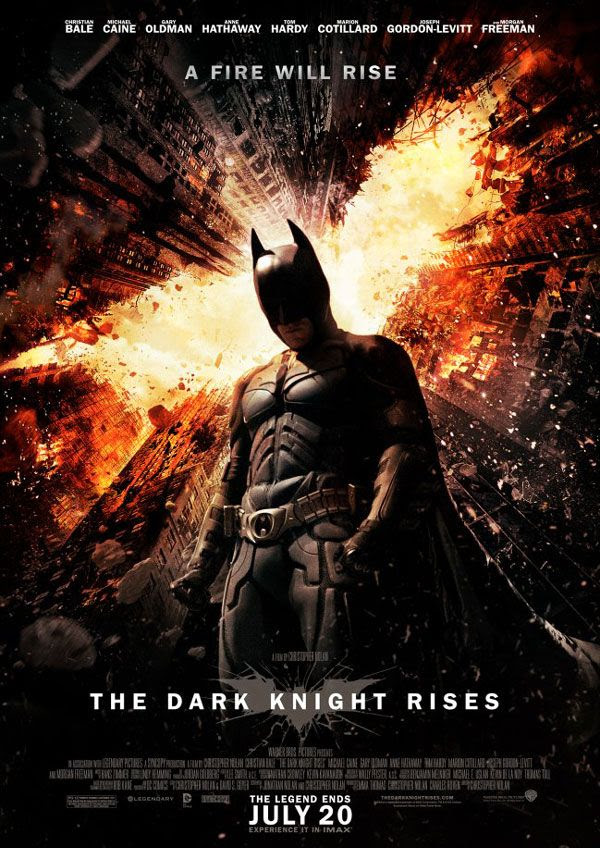 Argo... Directed by Ben Affleck and produced by George Clooney, this film is based on the true story in which the United States and Canadian governments partnered to rescue six U.S. foreign service members who were able to evade the takeover of the American embassy in Tehran during the 1979 Iran hostage crisis. Argo stars Affleck, Bryan Cranston (of TV's Malcolm in the Middle and Breaking Bad), John Goodman, Victor Garber (of TV's Alias as well as Titanic and The Town) and Alan Arkin (of Little Miss Sunshine).

Argo is scheduled to be released in theaters nationwide on October 12.

Gangster Squad, which is based on a true story chronicling the LAPD's fight to keep East Coast Mafia types out of Los Angeles in the 1940s and 50s, is scheduled to be released in theaters nationwide on October 19. 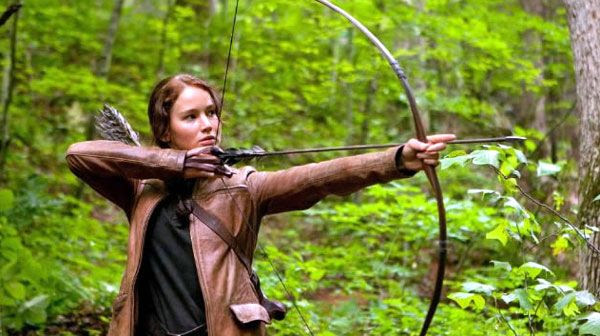 The Hunger Games... I'm about two months late on this (for reasons that almost prevented me from watching The Avengers last week), but I finally got around to seeing the futuristic but dreary action flick today. All I can say is— That's some f**ked-up s**t. Having kids take part in parades and pageants, as well as conduct interviews on TV talk shows right before the kids kill each other off in televised death matches is one of the cruelest things that could be done in society...even if it's in apocalyptic times. It's ironic to see the populace of the Capitol wear elegant, Renaissance-style attire as they cheer on adolescent "tributes" who slaughter each other out in the middle of a forest. These sadistic folks remind me of the bloodthirsty spectators and warriors who crowd the Colosseum in 2000's Oscar-winning film, Gladiator. 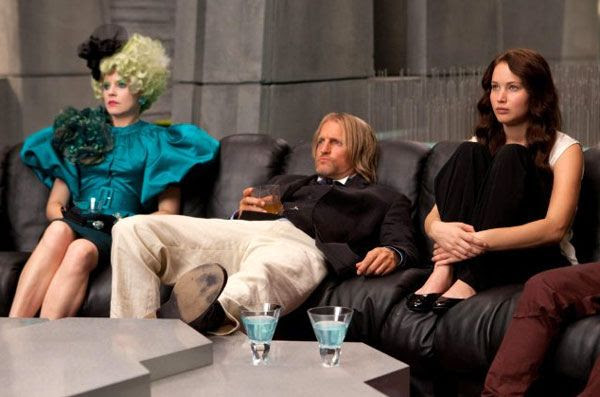 In case you're wondering if I'm disgusted with this flick considering what I wrote in the paragraph above, of course I'm not! The Hunger Games was a gripping and well-made film...though if I was in Jennifer Lawrence's place (I love it when sexy blondes turn brunette) there would be no way in hell I could fall asleep up in that tree when 4 to 5 people are loitering on the grass down below, waiting to kill me. And the romance is pretty f**ked up too. I haven't read any of the books, but it will be interesting to see in the sequel how Gale Hawthorne (played by Liam Hemsworth) interacts with Katniss Everdeen (played by Lawrence) as she pretends to be "star-crossed lovers" with Peeta Mellark (portrayed by Josh Hutcherson), her fellow District 12 partner in the Hunger Games. Don't spoil it for me— I want to find out when the second Hunger Games flick, Catching Fire, gets released in theaters late next year. 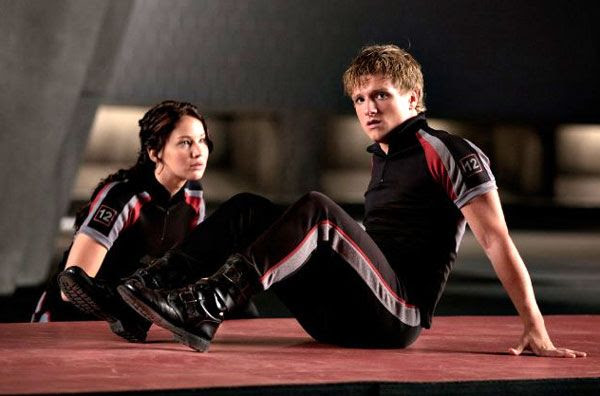 One more aspect that I would like to point out about The Hunger Games is its racial theme. The movie came out before the 20th anniversary of the Los Angeles riots last month, but I found it intense when the death of a certain ethnic character in the film sparked an angry mob in the district from which he/she came. And Katniss Everdeen's life was spared in one scene due to her being kind to this character as he/she came to Everdeen's aid early on in the Game. I hope that Catching Fire and subsequent sequels will have thematic elements that are relevant to the real world just like The Hunger Games has. I'm glad that I was able to watch this movie before it ended its run at the theaters. Now carry on. And may the odds be ever in your favor. 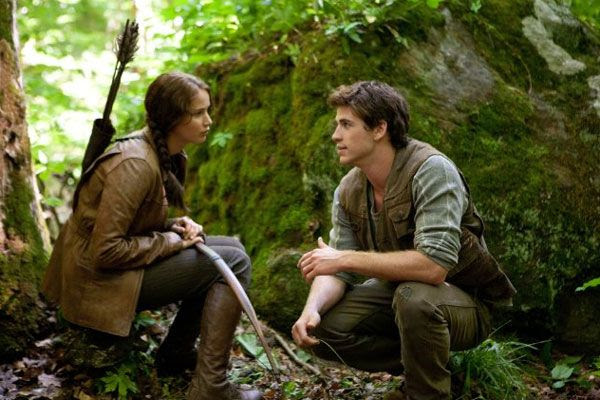 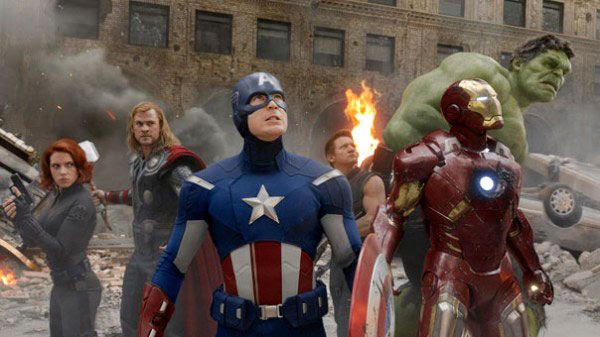 The Avengers: Movie Review... So I saw the much-anticipated comic book ensemble film on IMAX 3-D last Friday, and needless to say, it was friggin' awesome! From Loki's (Tom Hiddleston) opening scene where he demonstrates that mere bullets can't hurt a sinister god like him to Tony Stark (Robert Downey Jr.) showing that he's more than a "billionaire playboy philanthropist" in the movie's climax, The Avengers was a nice blend of action, drama and humor all rolled into one. 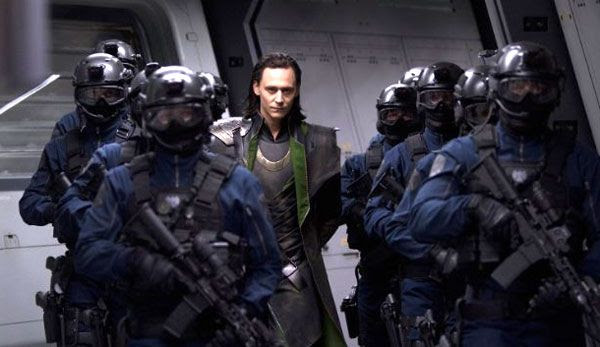 Director Joss Whedon did a terrific job with the way Iron Man, Captain America (Chris Evans) and Thor (Chris Hemsworth) interacted in his latest cinematic hit...as well as bringing new life to the Hulk with a talented actor like Mark Ruffalo portraying the mild-mannered Bruce Banner and "the other guy". And it doesn't hurt that Scarlett Johannson returned as the ass-kicking Black Widow, Jeremy Renner [who must be really grateful that he's on a roll in Hollywood right now, what with him being in a Best Picture winner (The Hurt Locker), a well-made bank robbery flick (The Town) and then matching wits with Tom Cruise in a hit action film (Mission: Impossible – Ghost Protocol) and all] got to play with arrows as Hawkeye, and Samuel L. Jackson was the usual badass motherf**ker playing Nick Fury. 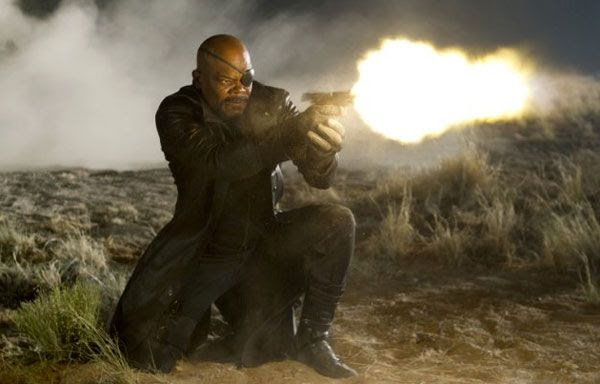 In terms of my favorite moments in the movie, most of them involved Iron Man and the Hulk. Let's face it— Marvel's plans to bring The Avengers to the big screen probably would've hit a snag if Robert Downey Jr. didn't nail it with his portrayal of Tony Stark and Iron Man in the hit 2008 film. Iron Man is just totally awesome in The Avengers...and when Stark ditches the Mach 6 suit (which he used in the finale of Iron Man 2) to don the Mach 7 armor (which Stark put on in one of the coolest sequences in the movie) as he confronted Loki, I couldn't resist the urge to shout out "F**K YEA" in the theater. (Which I didn't do, just to be polite). And when Loki is about to admonish the Hulk about who's the more powerful being between the two, only for the Hulk to quickly grab Loki by the legs and swat him back and forth against the ground like a bullwhip (can’t think up of a better analogy), the rest of the audience couldn't help but shout out "F**K YEEAAA" in the theater. (Which they didn’t do. The audience just cheered.) 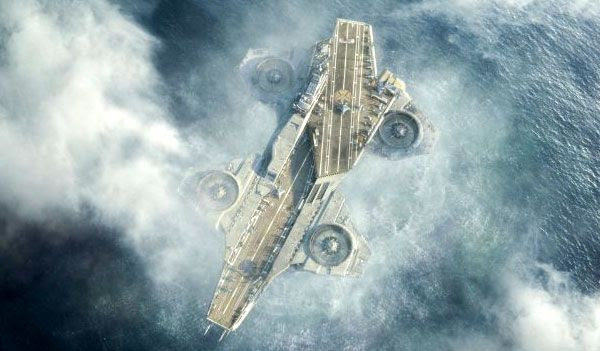 As for other aspects of The Avengers that were awesome, the S.H.I.E.L.D. helicarrier looked really cool. And Iron Man firing those micro-missiles against those alien invaders in the climax was badass. (BTW— When is a Robotech movie gonna be made, damn it?) If there are nitpicks that I have about the flick, it's that the story of The Avengers was reminiscent to that of Transformers: Dark of the Moon. Much like in TF3, The Avengers had to deal with an alien army who used a portal to get to Earth and start an invasion. And whereas Michael Bay avoided the cliché of destroying New York City by having Chicago be the victimized metropolis in Dark of the Moon instead, Joss Whedon decided to have the Big Apple be the place where the alien army causes major chaos and destruction. But overall, the fact that The Avengers is a well-made film makes up for the somewhat derivative plotline. Oh, and Transformers had a better music score. You da man, Steve Jablonsky. 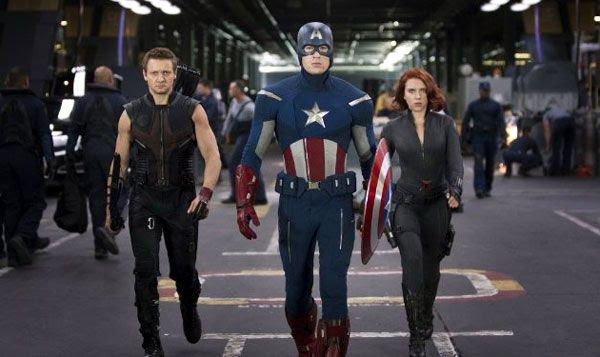 All-in-all, The Avengers was an enjoyable flick. Having a current worldwide gross of $702.2 million (with $226.4 million of that coming from us Yanks and the Canadians), Marvel's latest hit definitely started the 2012 summer blockbuster season with a bang. Would I watch the movie again, you ask? Of course! But for personal reasons, not at the theater. I'll just wait till the DVD is released...as originally expected. That is all. 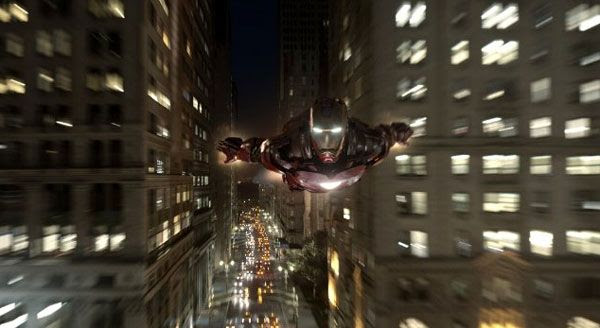 Email ThisBlogThis!Share to TwitterShare to FacebookShare to Pinterest
Labels: Dark of the Moon, Iron Man, Movie reviews, The Avengers, The Hurt Locker, Transformers

The Dark Knight Rises Update... The third and final trailer for Christopher Nolan's third and final Batman film was officially released online last night (you can see the preview on the big screen in front of The Avengers starting this Friday). As per tradition with movies that I'm highly eager to watch at the theater, I posted select screenshots from The Dark Knight Rises preview below. Of course, check out the actual trailer first:

The Fire Rises at a theater near you on July 20th. 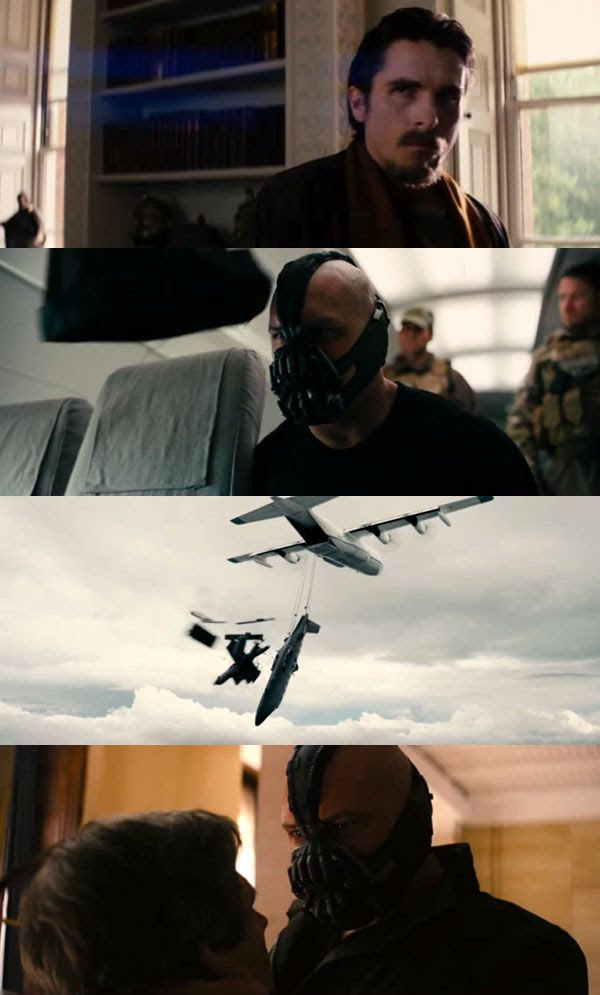 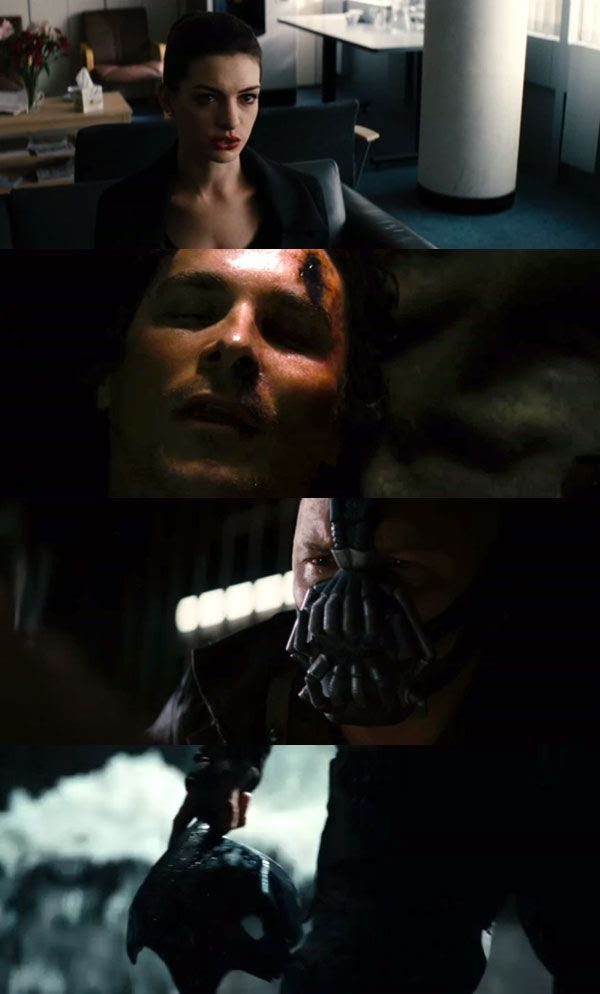 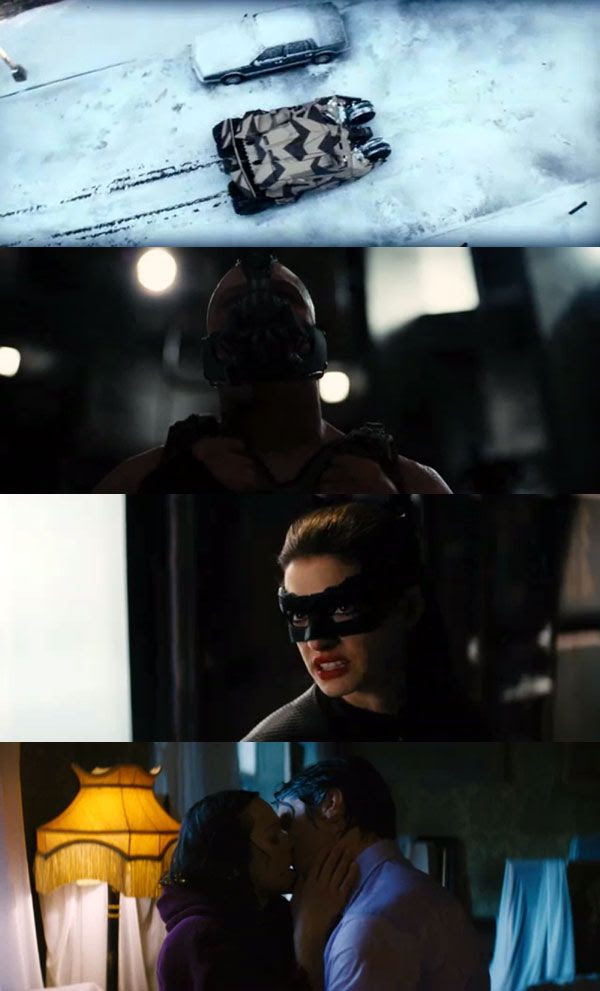 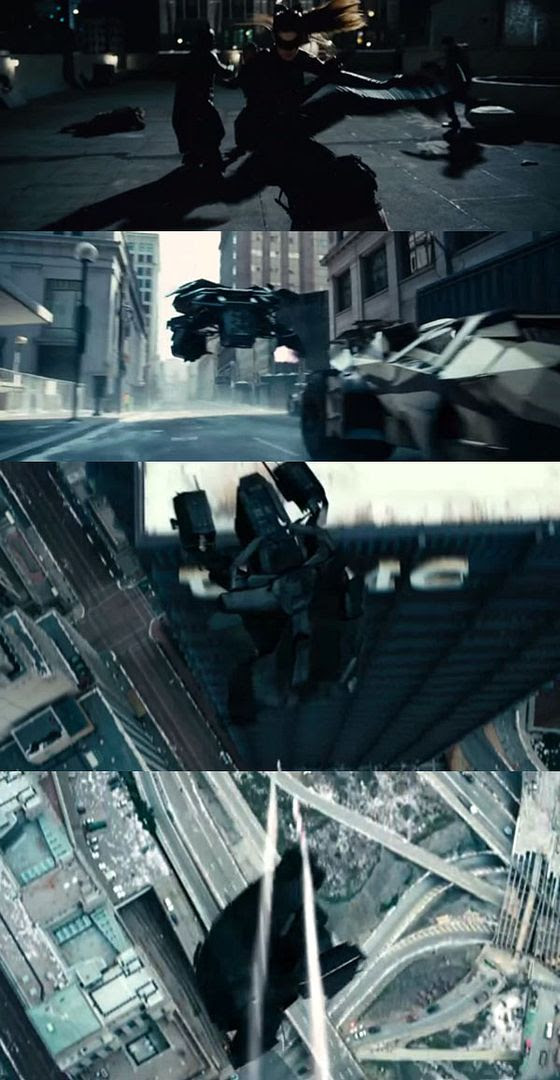