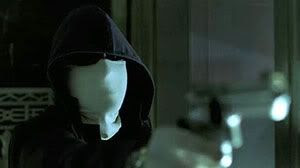 INSIDE MAN... I watched the new Spike Lee film today, and needless to say, it was more entertaining than He Got Game or Summer of Sam...which, in case you’re wondering, are the only other flicks by the New York Knicks-loving filmmaker that I saw. Haha. I’ll get around to watching Malcolm X or Jungle Fever someday. Not really. Anyways, back to Inside Man... Maybe the reason why I actually watched the film was because I always think people who wear hoods look cool (which is why I think Jedis and Sith Lords—mostly Sith Lords—are the coolest characters in the Star Wars franchise). Or the fact that there’s something interesting about characters whose faces are masked for much of the whole movie (which is why I watched V for Vendetta...other than for Natalie Portman. I like how she’s shaved... Really shaved... Get your mind out of the gutter. I'm talking about her bald scalp). Of course, the reason why this journal entry is completely incoherent is because I can’t say anything about the film without ruining the story for those of you haven’t seen the movie yet. YET. If you’re wondering why Clive Owen holds that bank under seige, watch the film now. NOW.

I’ll stop annoying you with this entry now.

EDIT: Can't wait till The Sentinel comes out. The upcoming film stars Michael Douglas, Kiefer Sutherland, Eva Longoria and Kim Basinger...and is about a Secret Service agent who is accused of plotting to assassinate the U.S. President. In a very surprising move, Kiefer Sutherland plays another special agent who is tasked with finding the real would-be assassin...which makes this role a lot different from Kiefer's role as Jack Bauer in 24. No wait... 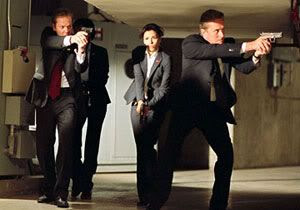 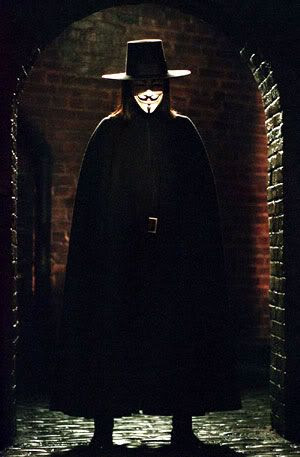 "REMEMBER, REMEMBER... THE 5TH OF NOVEMBER..." That line was by V, the terrorist/hero in V for Vendetta, which made around $26.1 million at the box office this weekend. I watched it yesterday, and needless to say, I want that mask!! Haha, j/k. But seriously though, the film was quite interesting. It pretty much touched on every current-day news item except that rat-squirrel that was found in Laos more than a week ago (Click here for more news on that). What really intrigued me in Vendetta was that (Spoilers ahead for those who haven't seen the movie yet) we never got to see V’s face in the film...though what was inferred from one flashback in the story was that he didn’t have eyes. Of course, it was understandable that V’s identity remain a secret throughout the movie. I think it would detract from the filmgoing experience if Natalie Portman’s Evey Hammond character removed V’s mask, only to reveal the scarred face of Agent Smith underneath. V: "Ms. Hammond, welcome baaack. Weee miiissed yoouuu." (End Spoilers.) Please don’t make me ruin the joke by telling you which movie that came from.

So anyways, what’s next to see at the theater? The Da Vinci Code, X-Men 3: The Last Stand, and Pirates of the Carribbean 2: Dead’s Man Chest. Oh wait— Those movies don’t come out till May and July, respectively. I guess I’ll kill time beforehand by pondering about why I hate MySpace so much. Haha! Later.
Posted by Richard at 11:56 PM 0 comments

SPIDER-MAN 3... Just so you know, these aren't black & white images of the web-slinger. Spidey will indeed be dressed in black for the Must-See Movie of 2007. Now which version below is an accurate depiction of the costume? Hmmm... 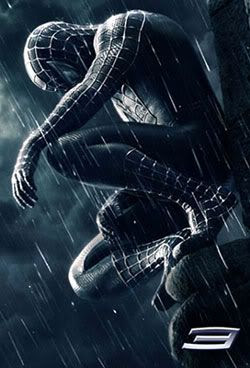 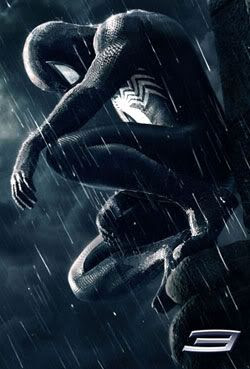 UPDATE (March 10): Spider-Man 3 has begun filming today in the New York Street backlot at Paramount Studios in Hollywood. I'm not gonna divulge anything, since I didn't see what was going on (I was too busy driving around the lot during work...and I like having that thing called a job, haha), except to say I saw Director Sam Raimi in person when I visited the set after the shoot was wrapped for the day. That was cool.

UPDATE #2 (March 17): Since I obviously wasn't the one who took these pics, I guess it's safe to post up these photos (err, hopefully)...especially considering the production crew was still preparing the set at the time these images were shot (New York Street looked really awesome once it was completely dressed for filming). These photos are courtesy of SuperheroHype.com. 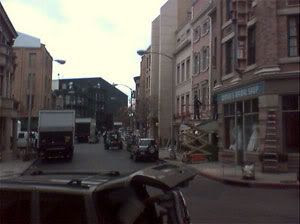 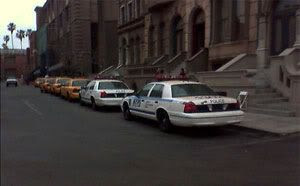 UPDATE #3 (March 23): Spider-Man 3 wrapped up filming at New York Street two days ago, but continued filming in Stage 18 (where the classic Sunset Boulevard and the soon-to-be released Mission: Impossible 3 were shot) up until yesterday. I saw Kirsten Dunst outside Stage 18. She was driving around in a small green golf cart. Oh, and Tommy Lee Jones was filming a commercial outside nearby Stage 9 and the Assembly Stage. That was cool.

UPDATE #4 (March 24): Hmm... Looks like they weren't done filming, after all. I visited New York Street after I caught a free screening of the Pierce Brosnan film, The Matador (funny movie) at Paramount Theater this evening, and a night scene was being shot. I obviously won't go into specifics here, but there was one actress from the previous film who I saw. Her name is Mageina Tovah, and she plays Ursula (the dorky daughter of Peter Parker's landlord Mr. Ditkovich), who handed Parker a slice of cake in Spider-Man 2. Or I think that was her, haha. Anyways, that's all. Below are two photos that I took of the Daily Bugle van and the New York cabs as they were parked near soundstages on the Gower side of the Paramount lot. 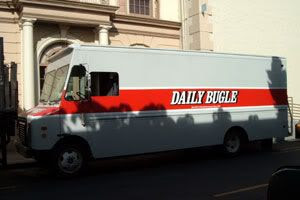 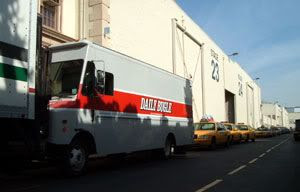 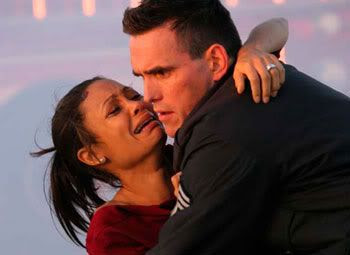 The 78th ANNUAL ACADEMY AWARDS... Revenge of the Sith losing the Best Make-up category to (Chronic)les of Narnia was expected, Crash beating out Brokeback Mountain to win the ultimate trophy was not. However, Crash winning the Best Picture Oscar was not a surprise, considering it is an exceptional film. Also, unlike Brokeback, I actually watched the Paul Haggis film. On DVD, that is... Haha. On the television side of things, Prison Break returns to FOX on Monday, March 20th at 8:00 PM PST. Does that mean it airs right before 24?? Holy cow!! Now I know my Monday nights are definitely off-limits to doing other things! Mike Scofield rules! 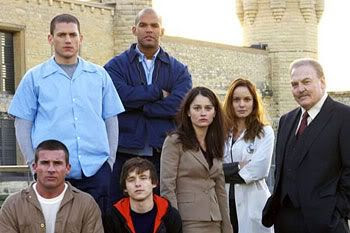