So last night, I went to the Cinemark theater in Orange County to catch a double-feature screening of 1996's Independence Day (ID4) and the newly-released Independence Day: Resurgence (IDR). ID4 was still as patriotic, feel-good and cheesier as ever...with President Whitmore's (Bill Pullman) Area 51 speech and David Arnold's music being memorable 20 years later. As for Resurgence, all I can say is— It was both exciting and disappointing at the same time. It was exciting in that, despite the absence of Will Smith's character Captain Steve Hiller, the other characters were as lively as in the original, and the story was more intriguing than in ID4. Resurgence was disappointing in that David Arnold didn't score the movie this time around. With no disrepect to IDR composers Thomas Wander and Harald Kloser (who began conducting the scores for most of Roland Emmerich's films after the director had a falling out with Arnold due to creative differences over 2000's The Patriot...which was eventually worked on by John Williams), Arnold would've added the same patriotic and melodic fervor to IDR like he did in the previous film. It might be my nostalgia talking, but the best moments in IDR had the classic music motifs from ID4 playing in the background.

In regards to other aspects of Resurgence, the visual effects were stunning...although the same critique made about the Star Wars prequels (the CGI was excessive) can also be applied here. The arrival of the so-called "Harvester Ship" was cool (though once again, it would be much cooler if the ominous music playing in the background was scored by Davi— Ah, nevermind), yet it still somehow lacked the punch of the 15-mile-wide alien destroyers arriving above Manhattan, Los Angeles and other cities in the first film. The Harvester Ship is supposed to be 3,000 miles-wide (compared to 500 miles for ID4's Mothership), but the fact that the vessel was created via CGI as opposed to using a practical model prevented it from having the same impact as the destroyers did in 1996. As for the new alien attackers in IDR (once again, it's my nostalgia talking), these fighters didn't have as memorable a design as the manta ray-shaped spacecraft that Steve Hiller and company battled in ID4. Also, the engines on the new attackers didn't have a cool screeching sound like their 1996 predecessors had. Nor did the laser guns on the new ships sound as interesting as those fired by ID4's killer UFOs.

The one thing that I really looked forward to with Independence Day: Resurgence was seeing the alien exoskeletons in action for the first time. Weta Digital (the company that worked on The Lord of the Rings trilogy and Peter Jackson's other films) did a great job animating the murderous extraterrestrials. It was cool to see the Harvester Queen suit up inside her biomechanical armor and wreak havoc on the humans once she set foot on earth. The Queen's movement echoed the behavior of the monsters seen in the J.J. Abrams movies Cloverfield and Super 8...and watching her take on the alien hybrid jet fighters piloted by Patricia Whitmore (Maika Monroe) and company was a cool sight to see. One person who sat behind me at the theater yesterday complained after the movie ended that Resurgence felt too futuristic compared to the more grounded, realistic world depicted in ID4. On one hand, he is completely right. On the other hand, it is understandable that this would happen...seeing as how 20 years have elapsed and it obviously makes sense that we would apply alien technology to our weapons, vehicles, and every other applicable thing that we used in our daily lives. That, and most of Earth's major cities were wiped out in 1996...so that gave Emmerich freedom to interpret how a rebuilt Washington, D.C. would look post-ID4.

And lastly— The story in IDR was intriguing, to put it mildly. Not to spoil anything, but the ending paves the way for a third film if Resurgence makes enough money at the box office (it won't be 2016's highest-grossing film the same way ID4 was in 1996, that's for sure) to convince Twentieth Century Fox to give Emmerich the go-ahead to shoot another installment. I doubt a third film will be made...seeing as how Independence Day 3 will essentially become Star Trek, 2013's Ender's Game and every other sci-fi space flick due to the premise introduced right before the end credits. Also, IDR killed off two beloved characters from the original film—so the presence of at least one of them will be missed in a third movie. All-in-all, Resurgence had so much potential...but it didn't quite live up to it. Just like the 2014 comedy Dumber and Dumber 2 (which came out 20 years after the first film did), IDR was released in theaters several years too late to have the same impact as that of the original. Back in 1996, ID4 was called "the Star Wars of our generation." You really can't say that about Resurgence now when four new live-action Star Wars films (with a fifth movie, Rogue One, arriving in December) were released since then! But I am definitely onboard if Roland Emmerich and David Arnold finally set their differences aside...and Arnold graces us with another patriotic and energetic music score in Independence Day 3 if it ever gets made. That is all.

Email ThisBlogThis!Share to TwitterShare to FacebookShare to Pinterest
Labels: Attack of the Clones, Back in the Day, Cloverfield, Independence Day, Lord of the Rings, Movie reviews, Revenge of the Sith, Star Trek, Star Wars trilogy, The Force Awakens, The Phantom Menace

ROGUE ONE Update: Darth Vader Is Officially Coming Back!

On July 1st, Entertainment Weekly will release a new issue providing updates on this December's Rogue One: A Star Wars Story. Among the things that will be covered in this magazine will be more details about the characters played by Felicity Jones, Diego Luna, Mads Mikkelsen and company, the weaponry that the Empire and Rebellion will use in this pre-A New Hope storyline, additional details about next month's reshoots that have been the talk of the Web for the last couple of weeks, and information about the return of Darth Vader himself. Can't wait to buy this issue when it hits newsstands next week! EW just loves taking my money. 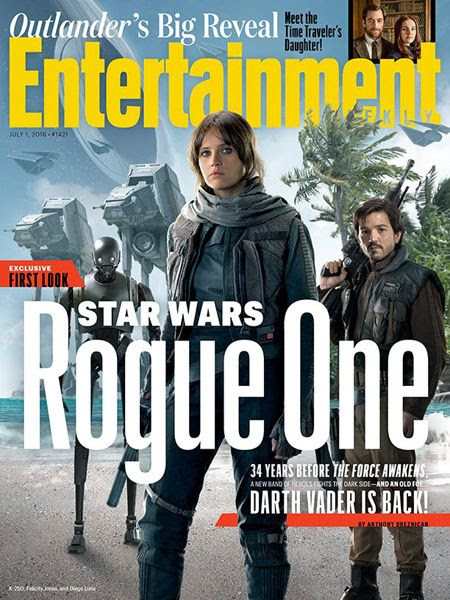 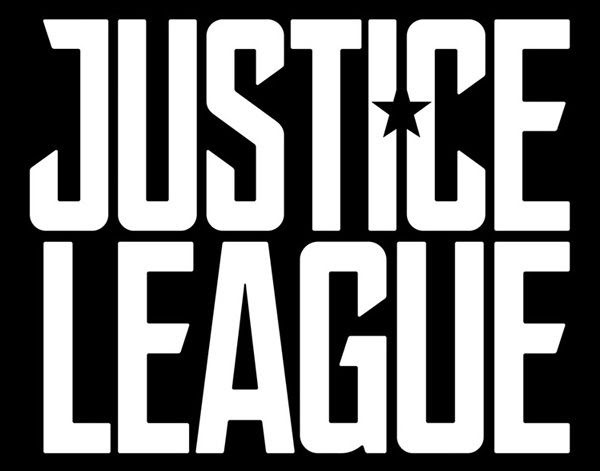 With production moving in high gear in the United Kingdom as I type this, Warner Brothers recently released the Justice League logo (above) and a pic of the new Batmobile (at the very bottom of this entry) that will be featured in next year's movie. Obviously, nothing was revealed as to how the Man of Steel will (spoiler alert if you haven't watched Batman v Superman: Dawn of Justice yet) return from the grave to join the Dark Knight and Co. in the next installment of the DC Cinematic Universe. What was revealed, however, was that the main villain in Justice League will be someone called Steppenwolf (never heard of him!), and that the tone of this flick will be much lighter than that in Dawn of Justice—as revealed by reporters who got to visit the Justice League set in London last week and were shown footage of Ezra Miller's Barry Allen (a.k.a. The Flash) having a lighthearted conversation with Bruce Wayne (once again played by Ben Affleck) that reveals their secret identities to each other. Justice League will also follow in Batman v Superman and The Dark Knight trilogy's footsteps by being shot on celluloid. The majority of Marvel films that have been released since the studio was purchased by Disney, on the other hand, were shot with digital cameras. 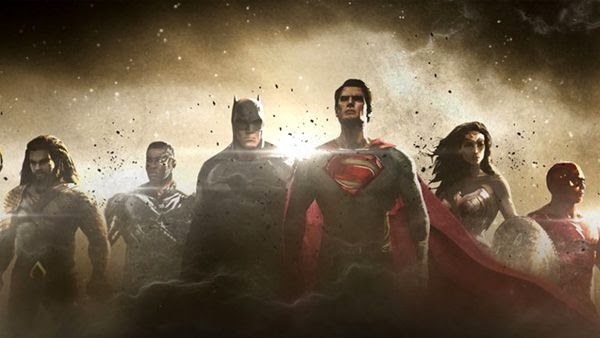 Justice League hits theaters nationwide on November 17, 2017...about a month before Star Wars: Episode VIII arrives at the cinemas. Here's hoping that unlike Batman v Superman when it was released several weeks before Captain America: Civil War bowed at cineplexes last month, Justice League will be better received by critics and moviegoers alike, and make a bigger impact at the box office before Rey, Finn and Kylo Ren return to the big screen come Christmas of 2017. Carry on. 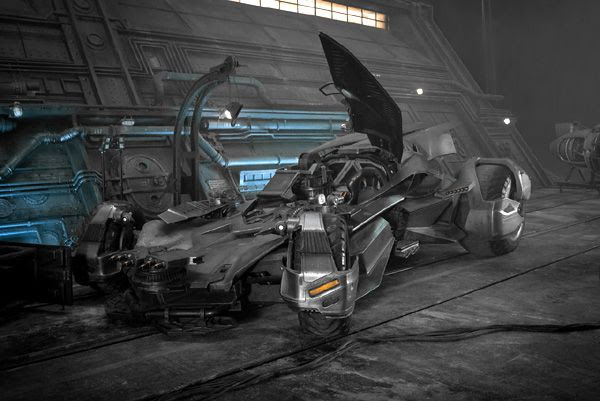