"Fox was the primetime master on Sunday as its world TV premiere airing of "Star Wars Episode I: The Phantom Menace" blew away the competition on the final Sunday of the November sweep. Fox's 7-10 p.m. airing of "Phantom Menace" averaged 17.6 million viewers and 7.9 rating/18 share in the adults 18-49 demographic, according to preliminary estimates from Nielsen Media Research. Fox won the night in adults 18-34, teens and other key young demos. "Phantom Menace" opened up with a solid 14.4 million viewers and 6.4/17 in the demo at 7 p.m., peaking from 9-9:30 p.m. with 19.4 million viewers and 8.7/19 in adults 18-49." Apparently the rise in viewership during the latter half of the film can be attributed to a kick-ass lightsaber duel between two Jedis and one tattoo-faced Sith Lord.

Rest mouse arrow on pictures to read my witty captions...for one of them, at least

Email ThisBlogThis!Share to TwitterShare to FacebookShare to Pinterest
Labels: Attack of the Clones, The Phantom Menace

Well, I'm like a week late with this...but I saw Harry Potter and the Sorcerer's Stone on opening day. Did I like it? Well, let's just say I'm not giving it as much credit as it deserves since freakin' AMC theater (where I watched it), didn't show the full-length teaser trailer to Episode 2 before it (which it was suppose to, according to the Official Site). Obviously, AMC (as well as Edwards Cinema) did not want Star Wars fans to buy tickets (yes, SW fans are that obsessive) just to see the trailer...and prevent regular moviegoers from actually watching Harry Potter. Oh well. I downloaded the trailer to my computer the night before Potter came out--but it sure wouldn't have hurt to see it on the big screen. Anyways, I'm NOT about to watch the Jet Li wannabe-Matrix film, The One (which AMC put the Episode 2 trailer in front of), just to catch the preview. I'll just stick to watching the trailer over-and-over on my comp, thankyouverymuch.

Email ThisBlogThis!Share to TwitterShare to FacebookShare to Pinterest
Labels: Attack of the Clones, Harry Potter
Yesterday, I watched the Robert Redford/Brad Pitt film Spy Games. Cool movie! If it wasn't for the prowess of Redford's CIA character, Pitt's character would've been in deep (feces) in that Chinese prison...not to spoil the movie for you, of course. I also want to watch Black Hawk Down and Behind Enemy Lines. Nothing beats showing that American pride post-Sept. 11th than watching movies that deal with the U.S. Special Forces and the regular military. 'Nuff said. 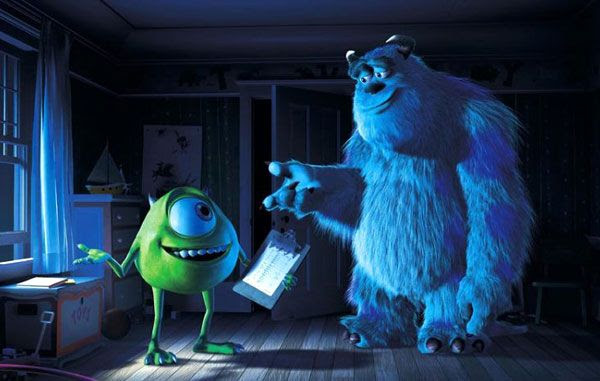 On Friday, I watched Monsters, Inc...and needless to say, I liked it. Along with the short Pixar film that preceded it.

But what I really wanted to say was that the teaser trailer for Attack of the Clones kicked ass--despite the fact it was hella short. Not surprisingly, though, people clapped before and after the trailer was shown, and were quiet during the preview as new Star Wars movie images passed by (QUICKLY) on the big screen. So which scenes from the trailer stood out the most? Let's see...

- Several clone children going about their business inside a classroom

- A glimpse of the water world Kamino

- The glimpse of Yoda...who is COMPUTER GENERATED in this film

and last, but not least:

This trailer was tight...but the real one doesn't come out till 2 weeks from now, when Harry Potter is released.
Posted by Richard Par at 6:33 PM 0 comments