SNAKES ON A MOTHERF***IN’ PLANE... I saw the Samuel L. Jackson film during a free screening at the Ontario Mills in California today, and needless to say, it rocked! Or maybe I just have low standards when it comes to critiquing movies. Anyways, the filmmakers—or should I say, the geeks on the online message boards who gave suggestions about what they wanted to see in the film (RE: more violence, profanity and nudity)—did not run out of creative ways of showing the snakes wreak havoc. Highlights of the film (Warning: SPOILERS AHEAD): The hot blonde chick getting bit on one of her tits, that fat dude getting bit on the ass, that other dude getting bit in the crotch while taking a piss (ouch!) and that one geezer who gets crushed and eaten by a boa constrictor. Oh, and don't forget that dog that gets also eaten by the boa constrictor. Then again, maybe "creative" wasn't the right word to use there...but "predictable". As in, predictably amusing. Of course, how can we overlook that much-anticipated Sam Jackson line: "I’ve had it with these motherf***in’ snakes...on this motherf***in’ plane!" You rock, Shaft—err, Mace Windu—err, Jules. 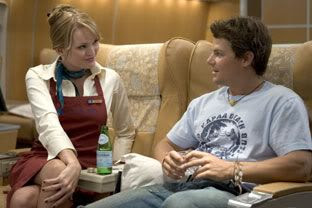 Though I’m kinda surprised... A couple of coworkers and I were actually doing an exit poll at Ontario Mills...and most of the screenings we polled yesterday and tonight had a measly average of 30 to 40 people attending each show. Wow, I guess all that Internet buzz isn’t gonna help the box office take for Snakes on a Plane at all. I wonder if this film is gonna even make $20 million this weekend. We'll see. 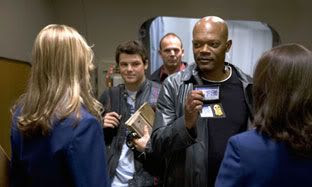 UPDATE (August 20): Snakes on a Plane made $15.2 million during opening weekend. Considering the hype— GOOD GOD, that's sad...
Posted by Richard at 1:08 AM 0 comments 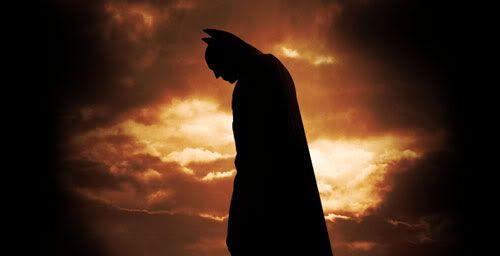 THE DARK KNIGHT... That will be the name of the sequel to last year’s Batman Begins, with Lords of Dogtown/Brokeback Mountain star Heath Ledger set to play the role of the Joker. The Dark Knight will start principal photography—err, filming, in 2007, with a release date set for 2008. Click here for more details. 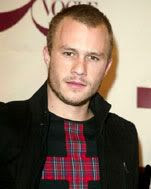 TALLADEGA NIGHTS... So I watched the Will Ferrell NASCAR comedy yesterday, and needless to say, it was more enjoyable than his previous film, Anchorman (which was still funny). Will I buy this one on DVD? Hmm... Good question. Then again, I did buy The Matrix Reloaded and Revolutions on DVD, so you never know. I like squandering money. Just kidding... Not really. Anyways, where was I? Oh yea... The racing scenes in Talladega Nights were well-staged (especially the car crashes), Leslie Bibb is hot (and so is Amy Adams, who plays Susan), Will Ferrell was actually pretty convincing as a NASCAR driver, those two kids (Walker and Texas Ranger) were hilarious and Sacha Baron Cohen as the gay French Formula One-turned-NASCAR driver Jean Girard was a crack-up. Though now thinking about it, buying the DVD will probably be ruled out since there’re only so many times one could watch Borat liplock with Andy Richter and Will Ferrell at the end. Unless you’re not hetero. Or a chick. Haha. For those of you who haven’t watched the film yet, check it out (it IS 76% fresh on RottenTomatoes.com right now...which is pretty good for a film comedy that doesn’t have Woody Allen-style humor in it). Next up on the "To-see" list: the college flick Accepted...which comes out on August 18.

One more thing: Talladega Nights: The Ballad of Ricky Bobby and Anchorman: The Legend of Ron Burgundy... What’s up with Will Ferrell and biographical titles with colons in them? Err, whatever. 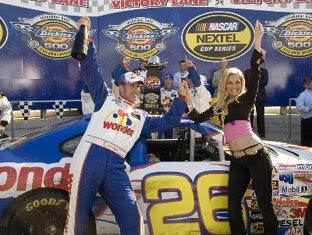