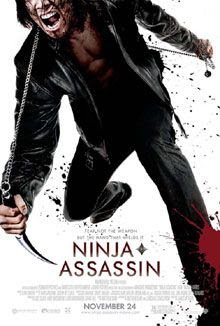 NINJA ASSASSIN... I saw the film yesterday, and on a positive note, it lived up to its title. For those of you thinking that Ninja Assassin is a superfluous name (haha), the movie is actually about an assassin who kills ninjas. And that assassin, named Raizo (who's played by Korean pop star Rain), kicks ass! I actually saw the film, or at least the last 20 minutes of it, at work when it was test-screened earlier this year. Needless to say, I was so impressed by the climactic action sequence that I had to see the rest of the movie when it officially came out in theaters. Ninja Assassin is what those live-action Mortal Kombat films during the 90's should've been! (Other flicks that I paid to watch despite already seeing their endings during marketing screenings were 300, Superbad and Zombieland. We also screened Transformers: Revenge of the Fallen too...but the only shot I saw, since I had to remain outside the auditorium for much of the movie, was that end credit scene where The Office’s Rainn Wilson calls Shia LaBeouf ‘Professor Einstein’ in that astronomy class.) After Ninja Assassin ended, I overheard a fellow moviegoer who attended the same screening as me compare this film to 300. It’s an appropriate comparison...seeing as how Ninja Assassin, like the 2007 Zack Snyder flick, also had lots of cool action scenes, neat CGI effects and gallons of fake blood...

There are two plotholes that I noticed in the movie though: Who was the lady who called Raizo on the phone prior to him rescuing Mika (Naomie Harris) from an assassination attempt at her apartment? And who rescued Raizo from that river after he was injured following his betrayal of master Ozunu (Sho Kosugi) and the rest of his clan atop that rooftop? Anyways... Ninja Assassin is directed by James McTeigue, who also helmed 2005’s V for Vendetta, and was also the assistant director for Star Wars: Attack of the Clones and The Matrix trilogy. That is all. 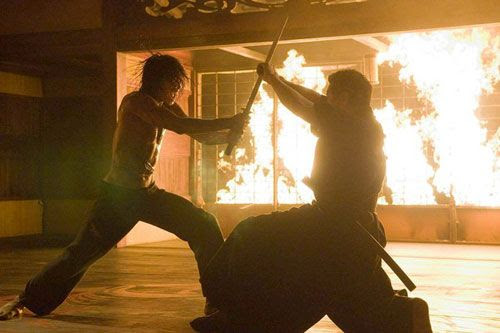 Email ThisBlogThis!Share to TwitterShare to FacebookShare to Pinterest
Labels: 300, Attack of the Clones, Movie reviews, Revenge of the Fallen, Superbad, Zombieland 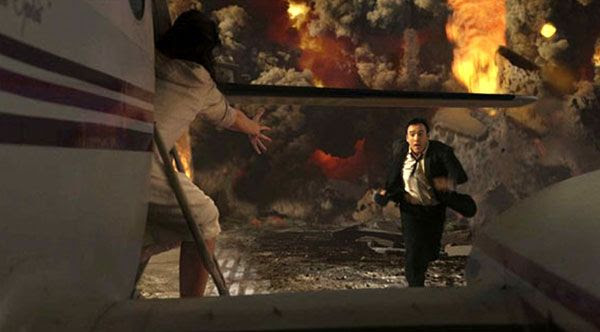 2012... So I saw the film after work yesterday, and it was entertaining—in the typical Roland-Emmerich-blows-up-national-landmarks-and-other-things kinda way. If you’re expecting a sci-fi film that is as thought-provoking as say, District 9, then you’re watching the wrong film. If you’re expecting a standard Hollywood blockbuster with lots of great visual effects and (extremely) ridiculous action sequences, then this is the movie for you. 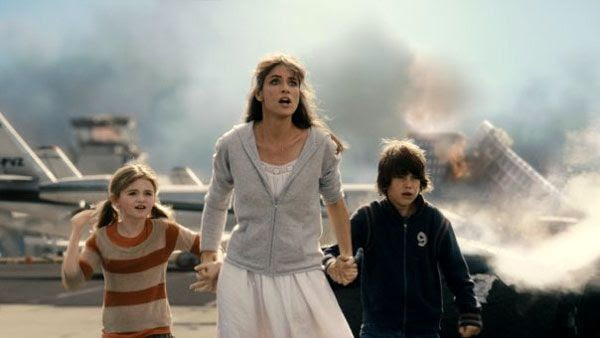 I can’t recall any memorable scenes from The Day After Tomorrow, but I will point out that 2012 had a lot more emotional moments in it than Independence Day did (don’t get me started on Godzilla). But unlike 2012, Independence Day (or ID4) had a lot more scenes that made the crowd gasp and cheer...at least at the screening I went to back in July of ‘96. Of course, back then the shots of the White House and other (American) landmarks getting destroyed by giant alien ships in ID4 were fairly new...and the scenes showing F/A-18 Hornet jets engaging in aerial battle with small alien fighters (a la Star Wars, DUH) were awesome. What 2012 has going for it are repetitive shots of airplanes trying to lift off of runways that were breaking apart below them...and a kick-ass scene of Yellowstone National Park going BOOM as the supervolcano beneath it (yes, this volcano is REAL) erupts. 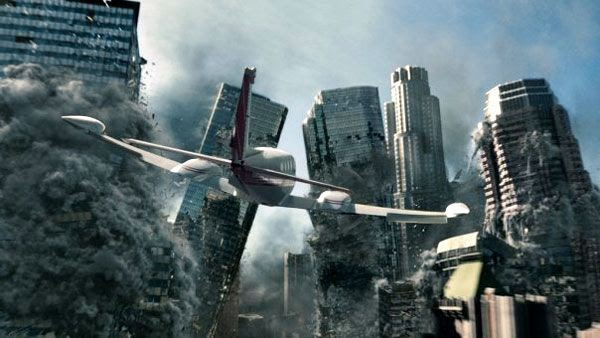 I’d say more about the movie, but I don’t feel like it. I’ll point out one more thing though: I find it interesting and fortunate (ahem, sarcasm) that the computers onboard Air Force One could show real-time images of what’s going on beneath the Earth’s crust, as well as what was happening to the planet's magnetic field as s**t was hittin' the fan across the globe. I guess these comps were modified by NASA and the U.S. Geological Survey at the White House's request between 2009 and 2012...the time period during which the movie takes place.

CONTRARY to what the TV commercials tell you, Twilight is NOT a saga...but a multi-film Abercrombie & Fitch (or Gap for that matter, haha) ad. You wanna watch a REAL saga? Check out those science fantasy films about that Galaxy far, far away that George Lucas made between 1977 and 2005. Yes, I also included the prequels. 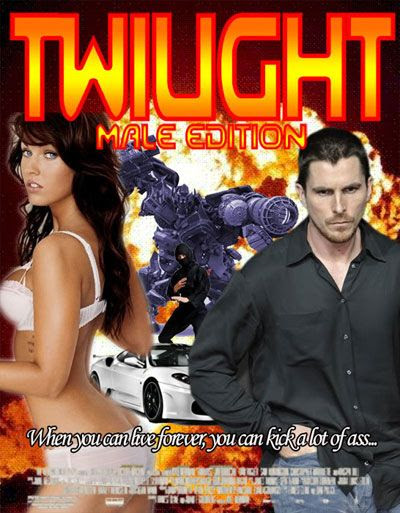