The Lord of the Rings: The Return of the King. It was a clean sweep for the epic film, winning a total of 11 Academy Awards and tying with fellow Best Picture epics Titanic and Ben-Hur. Of course, there were other highlights during the 76th Annual Academy Awards...among them being Charlize Theron, the fact Billy Crystal did a great and humorous job as the show's host ("I first hosted the Oscars 13 years ago...back when Bush was in office, the economy was tanking, and we just finished a war with Iraq." Hi-larious!), Jeff Black and Will Ferrell singing a song ("You're boring!") that made fun of Oscar winners whose acceptance speeches went a minute too long, and Ben Stiller wearing his outfit from his upcoming film, Starsky & Hutch. Overall, this was a pretty interesting Academy Awards ceremony--if you ignore the fact there was as much suspense in wondering who the Best Picture winner would be as watching the ending for The Passion of the Christ. Of course, I hadn't watched the show in its entirety since Gladiator (I think) and Titanic (you didn't hear me say that). I was rooting for L.A. Confidential to win that year. No I wasn't. 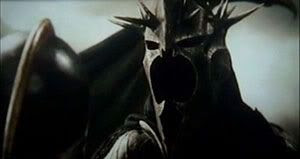 The Passion of the Christ. Two of my friends and I went to Downtown Disney today to watch the 7:00 PM showing of the film. So what did I think? Overall, it was intense...pretty powerful actually. On the other hand, it may have been too intense. I think there were some parts of the film where Mel Gibson just overdid it on the depiction of Jesus getting roughed up by the Romans. And it's no wonder why the Jewish community was concerned that this film was going to spark more rounds of anti-semitism. Watching certain parts of the movie, I thought to myself, "It's no wonder why Jews have been getting persecuted for the past 2,000 years. And why a million of them died in World War II." What was Mel Gibson thinking??? Anyways, the shot of Jesus rising from the dead inside the tomb was the saving grace of the film (what a surprise, heheh)...considering for the previous 2 and a half hours Jesus was covered in blood and scars and whatnot. We should ALL be glad the Roman Empire is gone. Those heathens!! Although I don't know why, in my faith, we're called Roman Catholics...

And discussing the depiction of Satan in the film: Why am I not surprised that he wears a black hood for most of the film? A la the Sith in the Star Wars films, the Ringwraiths in the Lord of the Rings trilogy, Voldemort in Harry Potter & The Sorcerer's Stone, and even the mummy Imhotep in The Mummy (1999). Villains seem to be getting more stereotypical in fantasy and epic films these days...

By the way, Jim Caviezel did a commendable job playing the Messiah. 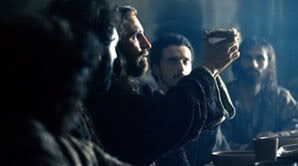 Email ThisBlogThis!Share to TwitterShare to FacebookShare to Pinterest
Labels: Lord of the Rings, Movie reviews

BATMAN BEGINS. That's the official title for the fifth Batman movie...minus the period at the end. That's a pretty original title...as opposed to films whose titles start with "Chasing" or "Saving"...like Saving Silverman or Chasing Papi (Saving Private Ryan and Chasing Amy still rule, though). For more info, go to cinescape.com, batman-on-film.com or...

WOW. Check out all the actors who are currently signed up to be in the next Batman film (currently titled Batman: Intimidation Game, might officially be called Batman Begins):

- And the director is Chris Nolan (Memento). Bring back Danny Elfman!

Looks like Warner Bros is trying to make up for the two abominations that Joel Schumacher came up with in '95 and '97. Of course, some of you are probably gonna say, "But...it's Christian Bale!"

LAST TUESDAY, it was announced that the original Star Wars Trilogy is gonna be released on DVD this September 21st!!! Woohoo... Like the Indiana Jones and Godfather DVD sets, there will be 4 discs: the Special Edition versions of the 3 films, plus a bonus 4th one. Unlike Lord of the Rings, I plan on getting this version and whatever version ol' Lucas releases of the "Holy Trilogy" after Episode III comes out in 2005. 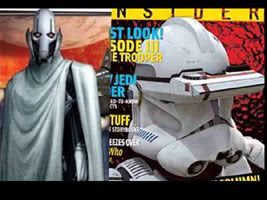