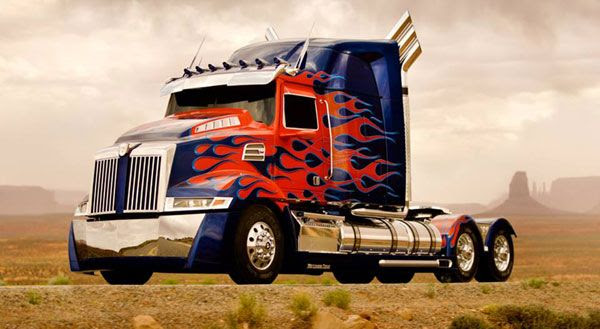 Transformers 4 Has Begun Filming! Paramount Pictures has recently revealed these photos depicting Optimus Prime, Bumblebee and two fellow Autobots in their vehicle modes for 2014's highly-anticipated film. While I prefer the Peterbilt truck that defined Optimus on the big screen from 2007 to 2011, I don't have any major complaint regarding this updated version...which is a custom-made truck courtesy of Western Star. Bumblebee, on the other hand, looked a lot cooler as the newer versions of the Camaro.

Look likes I will once again be frequenting the Transformers Live Action Movie Blog now that Transformers 4 is officially in production. Much like when the Star Wars prequels began principal photography 10 to 16 years ago (and once Star Wars: Episode VII gets underway...presumably next year), I am excited whenever Michael Bay begins filming a Transformers movie (yea, you heard that right)— I was stoked when Revenge of the Fallen finally began production following the Writers Guild of America Strike of 2007-'08, and was glad that Dark of the Moon commenced shooting in 2010 even though Megan Fox was taken out of the picture. And I am definitely looking forward to on-set photos of Li Bingbing once she begins filming her TF4 scenes over the coming months... Yup. 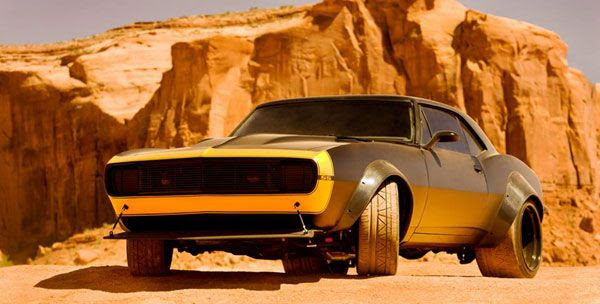 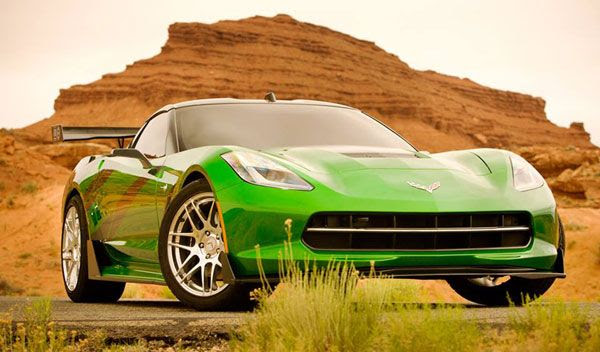 Email ThisBlogThis!Share to TwitterShare to FacebookShare to Pinterest
Labels: Age of Extinction, Dark of the Moon, Revenge of the Fallen, The Force Awakens, Transformers 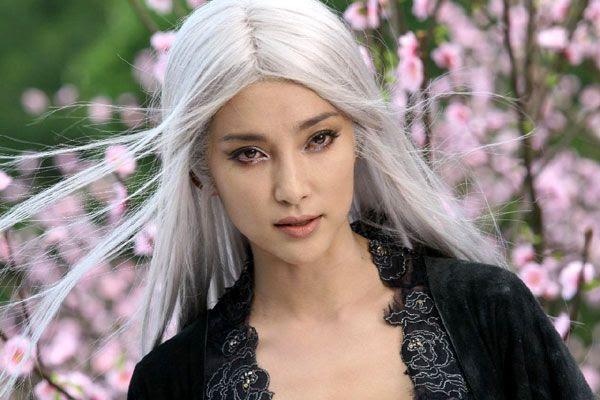 Transformers 4 update... Just read online that Li Bingbing (of 2008's The Forbidden Kingdom and last year's Resident Evil: Retribution) will make an appearance in Michael Bay's next ass-kicking alien robots flick—out in theaters in June of 2014. Rumored to make an appearance with the lovely Chinese actress in Transformers 4 are none other than the Dinobots, though this one shouldn't be much of a surprise (four movies in, it's about time Grimlock and his boys show up on-screen). I'll be more excited when it's revealed and confirmed that Galvatron will make an appearance in TF4 and kick Autobot ass. Since Leonard Nimoy already lent his voice to Sentinel Prime in Dark of the Moon, how 'bout Star Trek Into Darkness' Benedict Cumberbatch recite Galvatron's dialogue in TF4 (and thus scare the crap out of little kids watching this flick in a crowded IMAX theater)? That would be, to quote Bay himself, awesome. 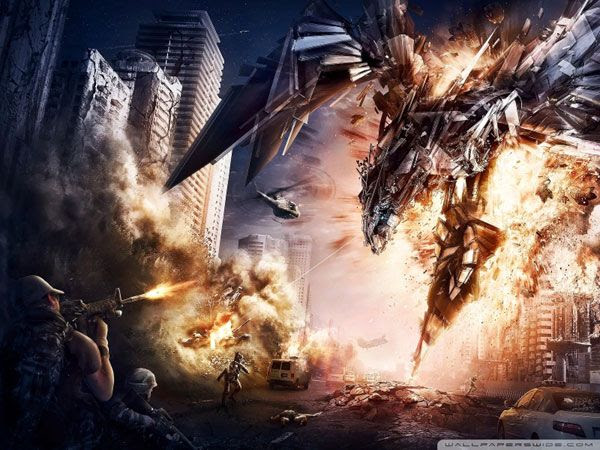 Email ThisBlogThis!Share to TwitterShare to FacebookShare to Pinterest
Labels: Age of Extinction, Dark of the Moon, Star Trek, Transformers 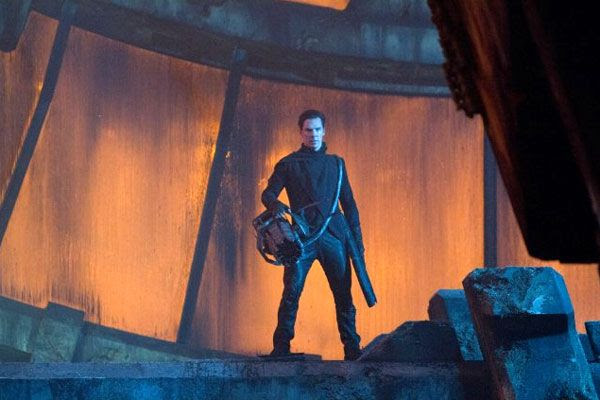 Star Trek Into Darkness: Movie Review... I saw J.J. Abrams' second installment in the long-running sci-fi franchise today (in IMAX 3-D), and what's there to be said except that the film was totally amazing. Despite being a huge Star Wars fan, I'm somewhat disappointed that Abrams won't be directing a third Star Trek film anytime soon [unless it comes out in theaters four years from now (in 2017...whereas Abrams' Star Wars: Episode VII is currently scheduled for release in 2015)—much as how Star Trek Into Darkness made its debut four years after that of the 2009 sleeper hit]. Didn't notice any lens-flare issue this time around, but what I did notice was that Captain Kirk (Chris Pine), Mr. Spock (Zachary Quinto), Nyota Uhura (Zoe Saldana) and company were still as awesome as ever as they take on Khan (Benedict Cumberbatch)...who I'm sure was just as lethal as he was when he first wrought havoc on William Shatner's crew of the USS Enterprise in The Wrath of Khan. According to one of my friends (who's a die-hard Trekkie) that I saw this film with, Into Darkness actually pulls a nice twist on the story of the 1982 flick. Won't go into details, but the events in the Abrams movies further proves that this is indeed an alternate universe from the flicks that die-hard Trek fans all know and love. In case you still didn't know yet. 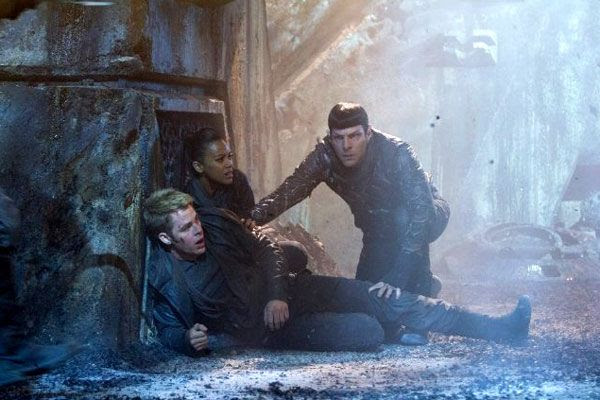 Special effects-wise, Star Trek Into Darkness was awesome. As with the case with all Trek films, this one was worked on by none other than Industrial Light & Magic (ILM)...which, of course, worked on all of the Star Wars flicks as well. Into Darkness showed that Star Wars fans will at least be in for a visual treat considering all of the cool scenes (in outer space and otherwise) that Abrams conveyed in his new movie. That opening sequence where Kirk and Dr. Leonard 'Bones' McCoy (Karl Urban) flee from those extraterrestrial natives while Spock tries to prevent that volcano from erupting was simply amazing...while that later scene where Kirk and Khan have to dodge space debris while floating towards another Federation starship near the Moon looked spectacular (especially in 3-D). And, in another preview to what we'll see in the next Star Wars film, the vehicles—whether they're Klingon Bird-of-Preys (or a variant of these craft) or a flying car that Spock and Khan have a fistfight on later in Into Darkness—had very realistic and rugged-looking designs that ILM successfully gave to ships in the original Star Wars trilogy. And music-wise, I seemed to gain a greater appreciation for the orchestral score composed by Michael Giacchino (who also worked on the 2009 film)...especially with his classic piano theme for Khan when he's first introduced at the beginning of this movie. 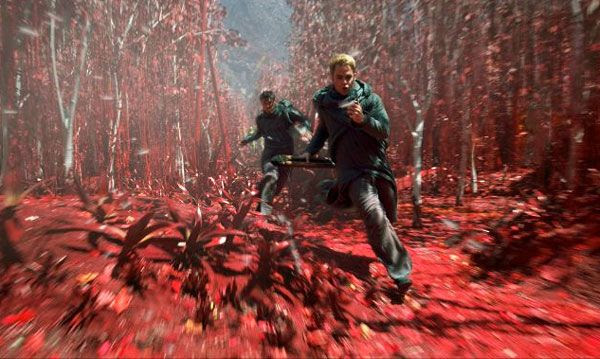 Not to spoil how Into Darkness ends, but it definitely makes me look forward to the "5-year mission" that Kirk and his crew will embark on following their epic encounter with Khan. Even with Abrams not directing (but hopefully co-producing), the next person to helm Star Trek should have a lot of exciting options to work with come the third installment in the franchise reboot. The war with the Klingons is one exciting option, and considering what happened to him at the climax of this movie, we haven't seen the last of Khan. Star Trek Into Darkness was exciting, funny, emotional (Pike's fate. 'Nuff said.) and visually amazing. The creation of the late Gene Roddenberry is in good hands if Paramount Pictures select the right filmmakers for future installments, and the brainchild of George Lucas is in great hands considering what Abrams did with this weekend's newest cinematic release. One wonders when Abrams will begin pre-production on 2015's adventure in that galaxy far, far away...if he hasn't done so already. Since this review is about Star Trek, I'll end it predictably: The needs of the many outweighs the needs of the few. Oh, and live long and prosper. 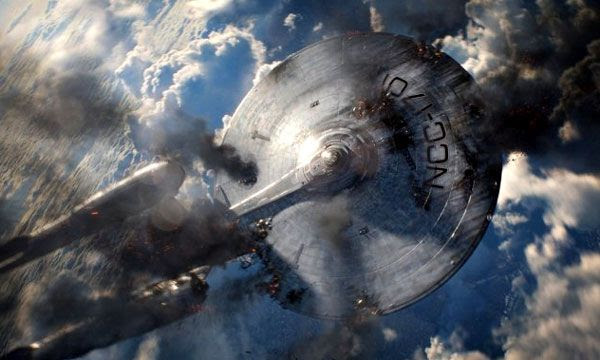 Back in the Day... Say what you will about the movie itself, but it was so much fun reading up on news about Revenge of the Sith...from the day its title was revealed in mid-2004 to its theatrical release 8 years ago today. And to think, Star Wars geeks get to relive this excitement once development on Episode VII kicks into high gear soon. Word. 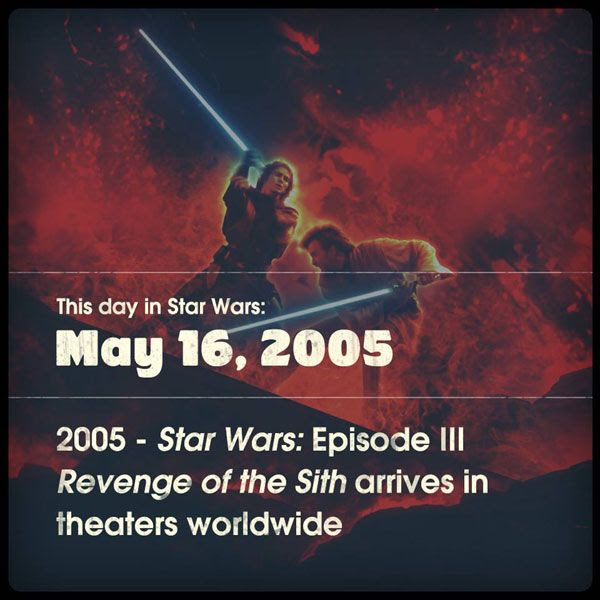 Courtesy of Facebook
Posted by Richard Par at 9:57 AM 0 comments

Email ThisBlogThis!Share to TwitterShare to FacebookShare to Pinterest
Labels: Back in the Day, Revenge of the Sith, The Force Awakens 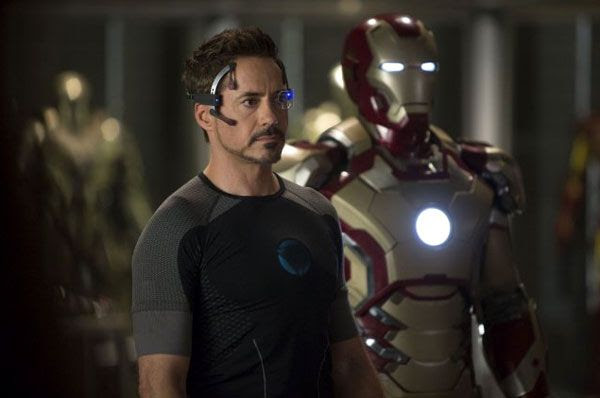 Iron Man 3: Movie Review... So I saw the third installment (fourth if you count The Avengers) in the Tony Stark saga today, and needless to say, it was cool. The film had a nice twist (involving the main villain) towards the end of the second act of the story, and seeing as how they worked together on the 2005 flick Kiss Kiss Bang Bang, director Shane Black gave Robert Downey Jr. much more to act with (humor-wise, that is) than Jon Favreau did in Iron Man 2. Gwyneth Paltrow's Pepper Potts definitely saw more action than she did in the first two Iron Man installments, while Don Cheadle's Colonel James Rhodes got to have some awesome fight scenes with and without the Iron Patriot (formerly known as War Machine) armor on. Rebecca Hall (from 2010's The Town) played a neurobiologist who made the unfortunate mistake of being in cahoots with the Mandarin. Speaking of the Mandarin, Ben Kingsley did a great job conveying the true nature of this bad guy...which involved being a buffoon who enjoyed drinking beer and watching a soccer game on TV while two hot scantily-clad chicks were spooning in his bed. If you're a die-hard Marvel Comics fan who think that this description of the Mandarin is extremely blasphemous, then watch the movie right away. Trust me— You'll be pleasantly surprised. 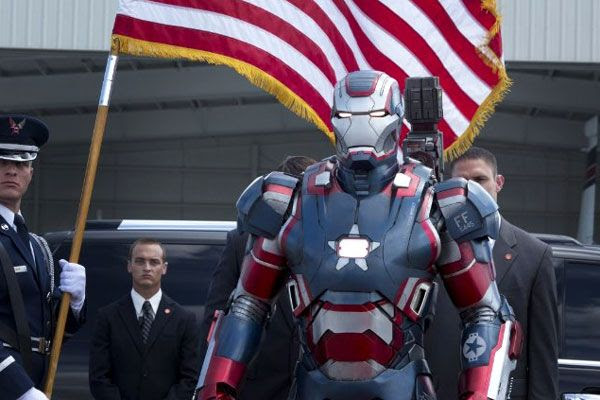 Not to be trifled with in Iron Man 3 is Guy Pearce...who apparently got tired of being in such Oscar-winning dramas as The Hurt Locker and The King's Speech and decided to star in a major Hollywood summer blockbuster this time around. Pearce plays Aldrich Killian, the mastermind behind a gene-altering virus known as Extremis, who along with the Mandarin (cough-cough) decides to use this creation to get revenge on Tony Stark for shunning Killian at a party in Switzerland 13 years earlier. In case you're wondering what Extremis does, it allows folks with missing limbs (specifically injured war veterans) to grow these body parts back...plus increases their physical strength twofold. Oh, and the virus also causes an unstable chemical reaction within the subject's body to make them prone to self-combustion, and even leading them to explode. Injected into the wrong person, and you literally have a walking time-bomb; injected into the right person, and you have an antagonist who can breathe out fire like a dragon and use the heat generated by the chemical reaction to dismantle just about anything...including the armor on a certain billionaire philanthropist's robotic suit. 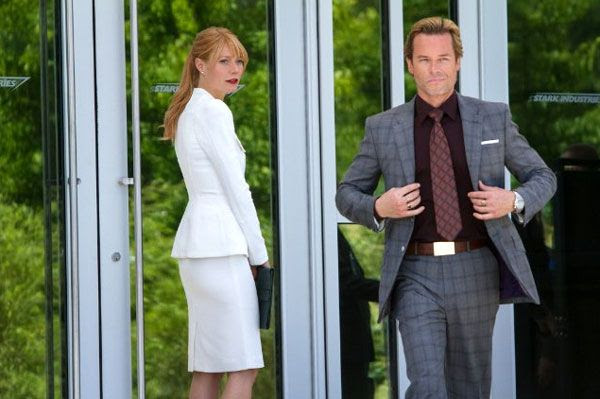 All-in-all, Iron Man 3 was an exceptional addition to the Marvel Cinematic Universe. The film, of course, had some minor issues...namely the fact that all of the Iron Man suits exploded like they were home-made pipe bombs or something (yes, I know— They were made in Tony Stark's house). Plus, Stark must have multiple bank accounts around the globe if he's going to nonchalantly destroy billions of dollars worth of robotic armor (every single one of them...except the suit worn by Colonel Rhodes) just to make things right with Ms. Potts at the end. To think that the Hulkbuster armor won't ever be used against you know, the Hulk, is unfortunate. But then again, if the end credits are any indication, it's that Tony Stark will return...and bring Iron Man back to life even if Stark no longer has that electromagnetic device implanted on his chest to power the suit. Oh, and who else is going to annoy Bruce Banner when The Avengers 2 comes along? Agent Coulson? He's too busy returning from the dead to star in his own TV show this fall (which would be Agents of S.H.I.E.L.D.). That is all.