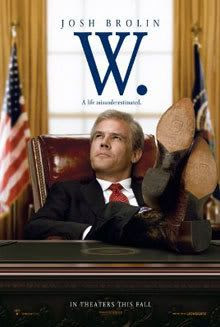 W... I watched the film after work yesterday, and Josh Brolin did a nice job portraying the Dubya. The one thing I noticed that they left out of the movie was Saddam Hussein being captured from that Tikrit "spider hole" in December of 2003, but there’s only so much you can put in a 2-hour flick. But seeing as how a major plot point in W. was the Dubya trying to make up for what his "poppy" (or papi), George H. Dubya, failed to do in 1991 (going all the way to Baghdad and handling Hussein himself), the inclusion of Saddam’s capture would’ve made the film feel more complete. To me, at least. By the way, Laura Bush must feel really flattered right now for having a babe like Elizabeth Banks portray her in the movie. Though where’s Jenna Bush?? (The Hills' Lauren Conrad could’ve played her, haha.) 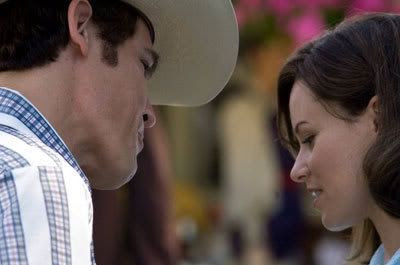 One last thing... I’ll have to look online to see if Morocco REALLY did offer to send monkeys to Iraq in 2003 to locate and set off minefields. Those crazy North Africans.

EDIT: Yep. Morocco is said to have offered 2,000 primates to be sent to Iraq. Here's one article talking about it. Of course, this website doesn't look like it could be taken seriously. Just type "morocco monkeys iraq" on Google to find more info about this. Leave the poor monkeys alone! Haha. 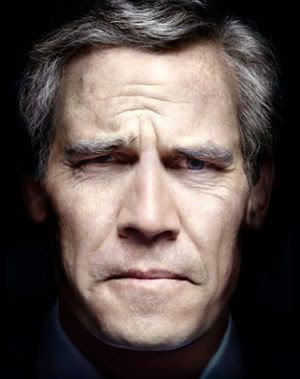 STAR WARS: THE CLONE WARS... I never watched the feature film when it was released in theaters last August (and judging from the reviews it got: Thank God), but I saw two episodes of the new, computer-animated TV show on the Cartoon Network tonight. Not bad. Makes me wanna dust off my Playstation 2 and play the Star Wars: Starfighter or Jedi Starfighter video games on it. But first, I need to re-print the cheat codes so I can take out droid starfighters without the fear of getting shot down. Why would I actually want to be challenged while playing these games? Where’s the fun in that? Haha.

I’m thinking about getting The Force Unleashed for my PS2...but I have to complete Star Wars: Battlefront 2 first. I bought that game the same day I purchased Revenge of the Sith on DVD in 2005, and I stopped playing when I couldn’t pass that Kamino level (where you’re on that rain planet from Attack of the Clones and get to play Boba Fett—or is it Jango Fett? Whatever—as you take on the Droid Army). I don’t think I’ll ever get back to playing Battlefront 2, so I’m off to buy Unleashed!! Okay no I’m not.
Posted by Richard Par at 7:20 PM 0 comments

Email ThisBlogThis!Share to TwitterShare to FacebookShare to Pinterest
Labels: Attack of the Clones, Revenge of the Sith

IMAGE OF THE DAY... Unfortunately, this won't be in Transformers 2, but oh well. This cool concept art pays homage to Michael Bay's 1998 summer hit, Armageddon. That flick was entertaining, if you like what makes Bay's films worth watching and movie critics crying and cringing. You figure out what I'm talking about. 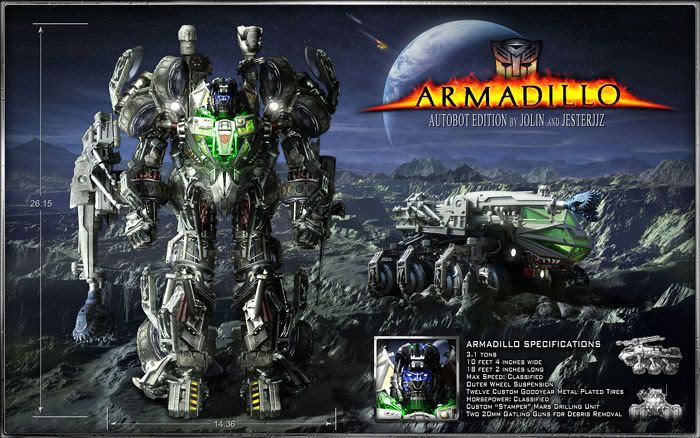 Courtesy of JesterPictures.com
Posted by Richard Par at 7:21 PM 0 comments