Well, since today is the release date of the most anticipated DVD set ever, I just felt like doing something extremely geeky and posting up screenshots from all of the Original Star War Trilogy DVDs. If you’ve never seen any of the films before (no matter how good The Lord of the Rings trilogy is, it is no where as iconic as the Original Trilogy), then you’ll no doubt be confused and ask “What the hell are these?” to the images below. The first montage of photos is from A New Hope and The Empire Strikes Back. The second montage includes images from Return of the Jedi. And of course, the third montage includes images from all 3 films. These images should pretty much answer a very lame question one of my friends (who's never seen any of the 3 films) asked me a long time ago: Are the original Star Wars films in black & white?

FIRST OF ALL...What does the average person who's never seen a black & white movie before have AGAINST black & white films? What-- 'Cause they're OLD?? Whatever. You're not gonna become blind or suffer a heart attack (or turn gay, but I don't want to go there since that statement's politically incorrect, haha) or anything if you watched a film with no color. Again, whatever! 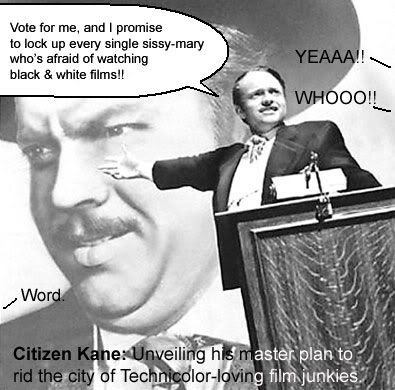 What was I talking about again? OH YES...that facetious question about the Original Trilogy being shot in black & white. If the NEW FILMS are in color, HELL--not only in color but shot IN DIGITAL [with a High Definition (24P, or Perfs) camera provided by Sony and modified by Panavision...but the average Joe or Jane obviously wouldn't know that...'cause he or she is average. Just kidding, heheh.], what makes you FREAKIN' think the old films would be in black & white??? Then again, some people were crazy enough to think the prequels were remakes of the old films, and that Jake Lloyd was a young Luke Skywalker in The Phantom Menace. Boneheads.

BELOW: Look-- They're in COLOR! (No wait, they always were!) 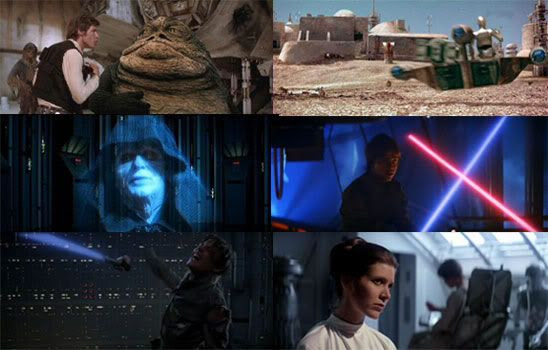 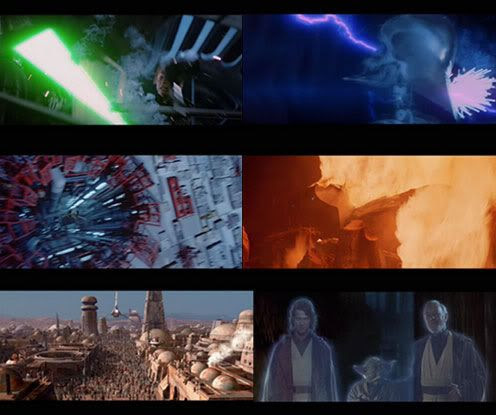 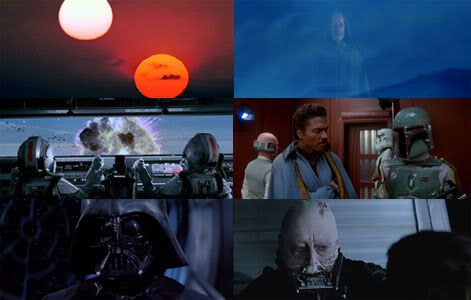 Anakin Skywalker: Mr. Badass. These behind-the-scene shots below are from The Return of Darth Vader featurette on Disc 4 of the DVD set. As you can see, Hayden Christensen is pretty much gonna spend the most of next year’s Revenge of the Sith looking all pissed and homicidal with his lightsaber. From a fan’s standpoint, can’t wait! ... What? You don’t expect someone who acts like Corky Romano or Screech to become Vader, do you? 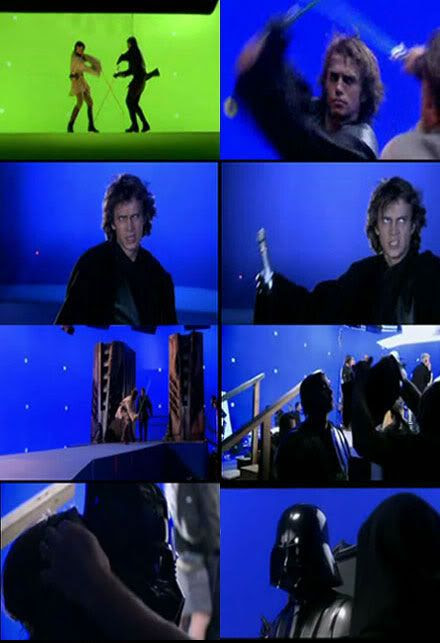