Darn it, I hate it when that happens! I was called by the company I work at today, and was asked if I could do a screening that will be in Pasadena next Thursday. I said yea, I could work...and only when I turned my cell phone off (I was working at a press screening, for the Bernie Mac-Ashton Kutcher comedy Guess Who, in Westwood when I was called) did I remember that I called the company two days ago and told them I wouldn't be available that day! Well, that surely defeats the purpose of letting my work know in advance what days I'm available! Of course, it's my fault. Last time this happened, I said I was available to work a screening on November 11 of last year, when the film department at Cal State Long Beach (my alma mater) was holding a screening that night for all the student films, which were done during the Spring and Fall 2003 semesters, at the Director's Guild of America headquarters in Hollywood. Some of the films being screened were by my classmates when I was in film school at CSULB, and that was probably the last time I'd see them again. Bah!

So why was I unavailable for next Thursday, you ask? Here's the moronic, lame-ass reason: To watch that night's episode of The OC, that's why...hahaha! Why did I want to watch The OC, you ask? It's because Fox is gonna air the full theatrical trailer to Revenge of the Sith during that show, that's why! Sure, when I come home from work that night it'll already be officially posted online, but I want to see it on TV too! And of course, I'll get to see the trailer in front of the animated film Robots when it gets released the next day, but I want to see it on TV too! So that's my stupid, geeky reason. But that's beside the point. (I bet most of you are thinking, "Why don't you just call up your company and tell them you won't be available to work that day, you dumbass?? It's because the powers-that-be over there don't take screening cancellations lightly, that's why.) 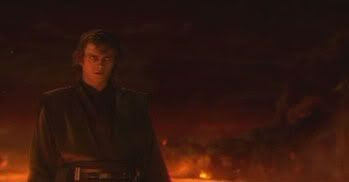 I set Saturday aside so I could, um, watch Robots that day (I really shouldn't be telling you this)... Let's hope I don't forget to let my work know that I'd be unavailable that day if I'm called! Of course, considering the fact the test screening this Thursday is the only one currently scheduled for next week, I just might change my mind...since I need the $$$. Why? I do not know. Yep- I need a girlfriend, haha. Speaking of girls, I'm attending Hot Import Nights at the L.A. Convention Center tomorrow. Hopefully, Cora Linn (the hottie I still haven't met in person yet) will finally show up at an event that she said in her Yahoo! club she was gonna go to. If not, there's always Masuimi Max, another hot model I haven't met yet...who is also scheduled to show up at tomorrow's car show. Oh, and celebrity Brooke Burke is also scheduled to be in attendance. Click on those links at your own risk.