MERRY CHRISTMAS, EVERYONE!!! Hope you and yours are having a safe and tubular holiday... Tubular, haha... Yes, this is the same thing I typed for my Xmas entry last year...except for the ‘tubular’ part. Anyways, to bring up news that I was too lazy to type more than a week earlier, on December 14, I worked the very last taping of the TV sitcom, Yes, Dear (in case you don’t know yet, this is the CBS show’s final season). This was the first and last time I ever worked on that show. Oh well. The next day, I attended the annual Christmas party at Paramount Studios (where Yes, Dear was filmed). Par bought off Dreamworks just a few weeks ago...which obviously gives Par employees something to cheer about for the holidays, and hopefully next year’s holidays...when the studio store on the Par lot will presumably be able to sell Dreamworks DVD titles like Gladiator and Saving Private Ryan. Once again, I reiterate the word presumably. Oh, and Par is what Variety magazine calls Paramount in its articles (Variety calls TV shows "skeins", or something like that...the ABC channel the "Alphabet", NBC the "Peacock", filming a movie is "lensing" a movie, and film directors are called “helmers”...as in James Cameron was Titanic's helmer. Or I may be wrong. That's showbiz jargon for ya, haha). 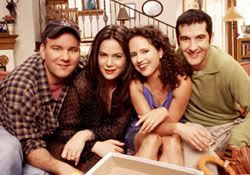 This week, I watched Munich, King Kong and Fun With Dick and Jane—all in that particular order. I’m too lazy to write full reviews on them, so I’ll just say Munich was serious, King Kong was less serious, and Fun wasn't serious at all (well obviously). Going back to King Kong, the special effects were a lot better than I thought (I still say WETA isn’t up there with ILM yet). In fact, I think King Kong might take next spring’s Best Visual FX Oscar...even though I’m rooting for Revenge of the Sith to do that. Kong should also be nominated for Best Make-up, since the face prosthetics on those Skull Island natives looked pretty freaky. Naomi Watts, unsurprisingly, looked hot in this pic, though I think, um, helmer Peter Jackson could’ve deleted some of her close-ups at the end. It was a tad bit too many. Her character has feelings for Kong, we get the picture!! Though Watts is pretty darn talented— She juggles, and she does somersaults! Haha. Up next, I want to see Syriana and Memoirs of a Geisha. C’mon now, gotta show that Asian pride!! Oh, and the cinematography on Geisha looks great...from what I saw in the trailers. 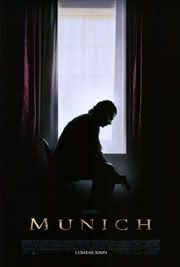