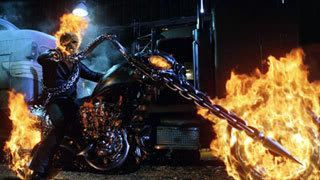 "I feel a lot better now that I know I’m the Devil’s bounty hunter." Though much of the dialogue was laughable (the Nicholas Cage line quoted above is laughable, but in a good way), the villains were weak, and the actress (Raquel Alessi) who played the younger version of Eva Mendes’ character is a lot prettier than Eva Mendes herself (though she’s still bangin’), by God Ghost Rider himself kicked ass (along with that cowboy Rider with the awesome horse)...and the movie itself was still enjoyable. It was a lot more entertaining than Mark Steven Johnson’s (a film school alumnus who, like me, went to Cal State Long Beach. Go 49ers!) last comic book flick, Daredevil. Though if there’s one thing Ghost Rider lacked that Daredevil had, it was a cool hit song by Evanescence. Oh well. Darn the critics... I give this flick thumbs up. 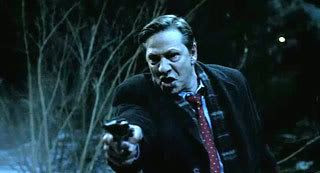 I also watched the film Breach this weekend. Good movie...but um, the FBI did remember to retrieve the package that Robert Hanssen (played by Chris Cooper) left underneath that bridge after he was apprehended, right? Or was that part fictional? Of course the FBI picked up that package. If there’s one thing a U.S. government agency is best known for, it is its utmost competence. Just ask FEMA. ‘Nuff said.

UPDATE: Six years ago today, the real Robert Hanssen was apprehended in Foxstone Park in Virginia. Irony? Or did Universal intentionally release this film near the anniversary of his arrest?
Posted by Richard at 1:30 AM