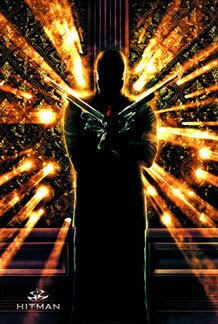 HITMAN... Tomorrow, the FOX film starring Timothy Olyphant (who played the main villain in Live Free or Die Hard) will be released in theaters. Looks pretty interesting...otherwise, I wouldn’t have typed a Blog on it, haha. Though I have one question: Was the barcode-tattoo-behind-the-head idea originally from the video game Hitman is based on, or was it taken from the long-defunct TV show Dark Angel? Or did the video game itself rip the idea off of Dark Angel? Or did Dark Angel rip the idea off of- Nevermind. All I can say is, I’ll actually be disappointed if they don’t play that "Ave Maria" song in the film. I think that’s what gives Hitman its charm...in the trailers and TV spots, that is. 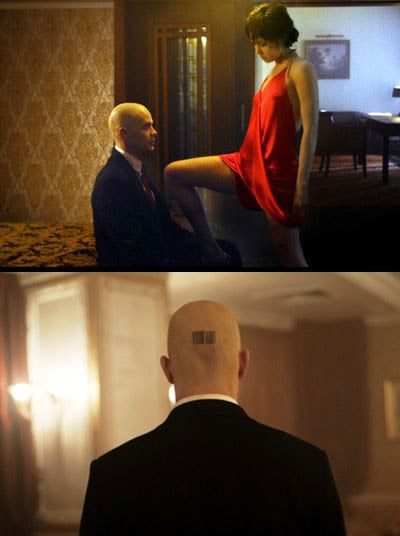