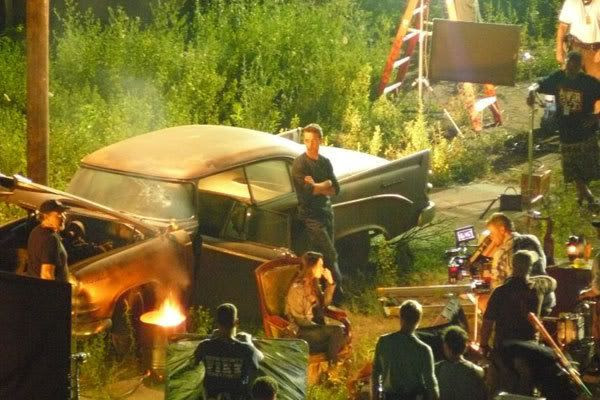 TRANSFORMERS 2 Filming Resumes... Apparently, one good thing that came out of the Screen Actors Guild (SAG) situation is that Michael Bay was able to resume production for Revenge of the Fallen in secrecy (till now)...after the movie went on a supposed hiatus in preparation for a potential SAG strike (which hopefully seems less likely now that its sister union, AFTRA, ratified a deal with the movie studios on July 8...taking away some of SAG's negotiating leverage). One of the movie’s scriptwriters, Roberto Orci, and Bay himself mentioned that filming has been going on since last week. The crew was at Edwards Air Force Base in California last weekend, while filming will take place in Los Angeles (about 100 miles south of Edwards) for the next couple of weeks.

Below are photos provided by Vamphite, which shows three of the four surviving Autobots from the previous film (Optimus Prime, Ratchet and Ironhide... Bumblebee’s nowhere to be seen), as well as a couple of new vehicles that will transform into robotic allies, whose names we don’t know yet.

Even though SAG is still in talks with the studios (the union has till August 15 to accept the studios’ new deal, making all payment owed to the actors under the new contract retroactive to July 1...a day after the previous contract expired), here’s hoping things have calmed down to the point where production for Transformers 2 can stay uninterrupted. Principal photography is scheduled to end in October, while we will hopefully see the first teaser trailer for Transformers 2 in November. Hopefully. 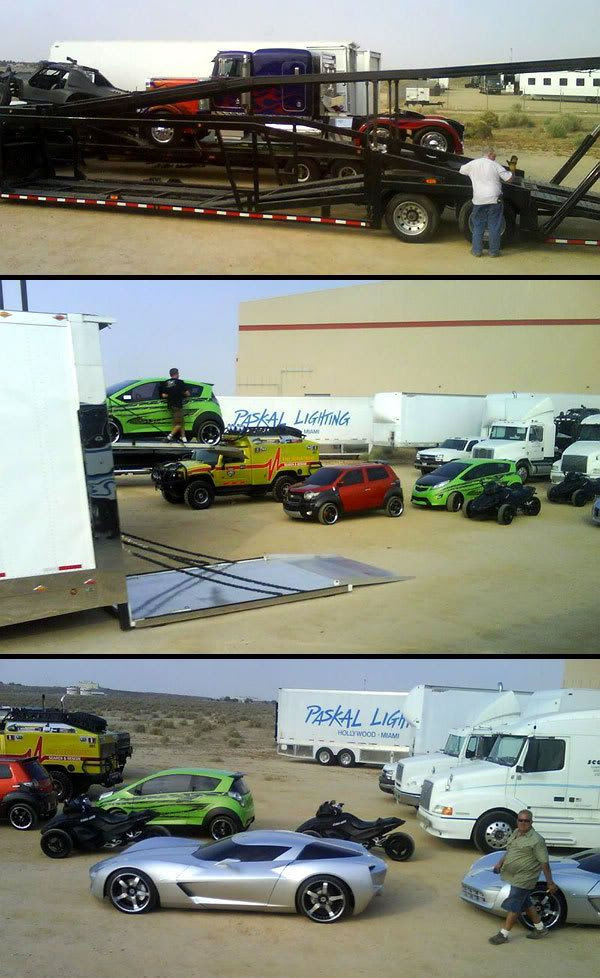 Courtesy of Vamphite
Posted by Richard at 6:55 PM