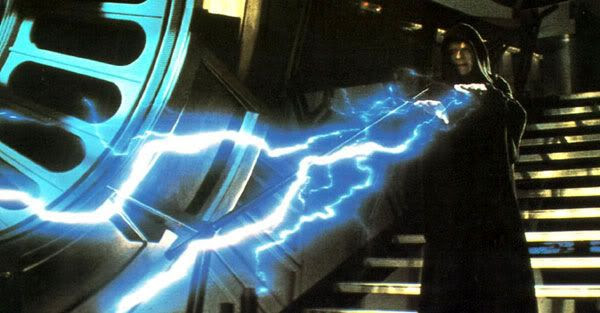 SO LAST NIGHT, I dreamt that I was in the movie Return of the Jedi. Though this was an alternate version I was in (not surprisingly. This is a dream). How was it an alternate, you ask? Well, in this version, Emperor Palpatine was desperately trying to convince Luke Skywalker into joining the Dark Side...instead of playing simple mind games with him as seen in the actual film. After Skywalker repeatedly refused, the Emperor gave up, literally packed up his belongings (don’t remember what the items were) and was about to walk away. But just as Palpatine was about to leave, Luke kept standing in his way and started to taunt him. I think I even recall telling Luke to stop f**king around and let the Emperor through. Eventually, Palpatine dropped his belongings and finally started to give Skywalker the ol’ Force lightning treatment that we all remember from the actual movie. Did I mention that Mark Hamill’s acting was, um, pretty horrendous as he convulsed on the ground from the lightning attack? Anyways, instead of Darth Vader coming to the rescue and throwing Palpatine down the Death Star's reactor shaft (actually, I don't think we were on the Death Star. I think we were on Cloud City from The Empire Strikes Back), it was some droid (don’t know if it was a protocol droid a la C-3PO) that stabbed the Emperor with Vader’s lightsaber and hauled him into the shaft. The dream ended with me taking hold of the lightsaber hilt and messing with its buttons. That is all. 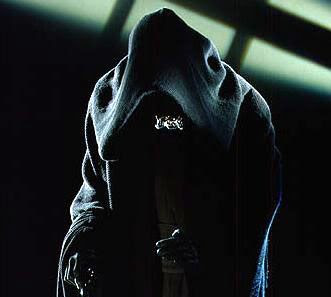