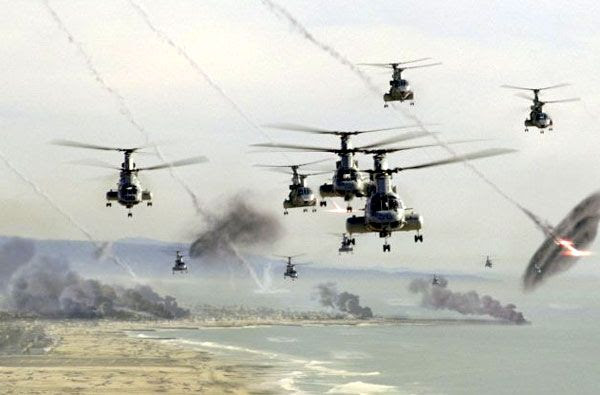 BATTLE: LOS ANGELES... I finally saw the alien-invasion film today, and needless to say, it was the sci-fi version of Black Hawk Down. Which means...I thought it was pretty cool! Non-stop action was waged throughout B:LA, much like in Ridley Scott’s 2002 war flick about the 1993 conflict in Somalia. Aaron Eckhart was awesome as Staff Sergeant Nantz; while compared to her gung-ho attitude in Avatar, Machete and the Fast and the Furious films, Michelle Rodriguez was somewhat tame as Tech Sgt. Elena Santos in B:LA. As Santos, Rodriguez didn't have the usual sarcastic quips that she had playing previous movie characters. Not that that's a bad thing. Nothing exceptionally noteworthy about the civilians played by Bridget Moynahan and Michael Peña, but I’ll give them props since my review about this flick is supposed to be a positive one. I just found out through IMDb.com that 2nd Lt. William Martinez, who was in charge of the Marine platoon before handing command over to Eckhart's Nantz and then sacrificing himself later in the film, was played by Ramon Rodriguez. In case you’re wondering who this is, Rodriguez played the wacky college roommate of Shia LaBeouf in Transformers: Revenge of the Fallen. But back to B:LA. 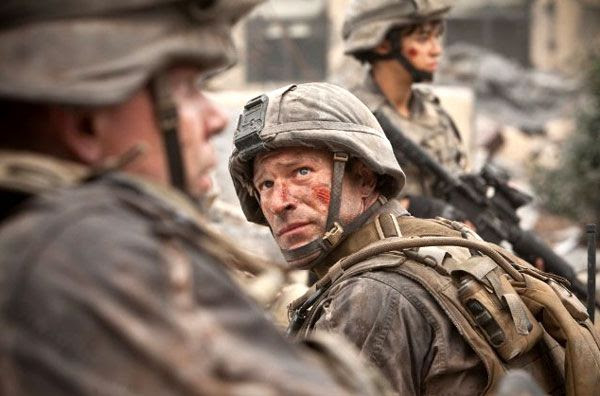 Battle: Los Angeles didn’t exactly have a deep message like 2009’s District 9 (which B:LA also borrowed elements from...namely weapons that cause explosions surrounded by bolts of lightning) did, but it was still a lot better than last year’s Skyline. B:LA didn’t have a "WTF??" moment at the very end of the movie like Skyline did...though as I said at the beginning of this journal entry, B:LA was obviously inspired by Black Hawk Down in that Eckhart and Co. go back into the battlefield at the film's conclusion to take care of unfinished business. Also, the battle in Los Angeles lasted for one day...while the 1993 battle in Mogadishu, Somalia lasted a day as well. Nothing wrong with that. My personal gripe about B:LA is that, like the Bourne movies (as in The Bourne Identity, Supremacy and Ultimatum), it overdid it with the shaky cam. By now using this camera technique in war films has become a cliché, and unfortunately B:LA suffers from this tired method. It was cool in Saving Private Ryan, Gladiator and Black Hawk Down...but try spending more time setting the camera up on a tripod or at least a Steadicam, folks—if there’s a sequel (Battle: San Diego, anyone?). Thanks. Another gripe is that the trippy song used in B:LA's theatrical trailers, "The Sun’s Gone Dim and the Sky Turned Black" by Icelandic musician Johann Johannsson, wasn't featured in the movie. Oh well. 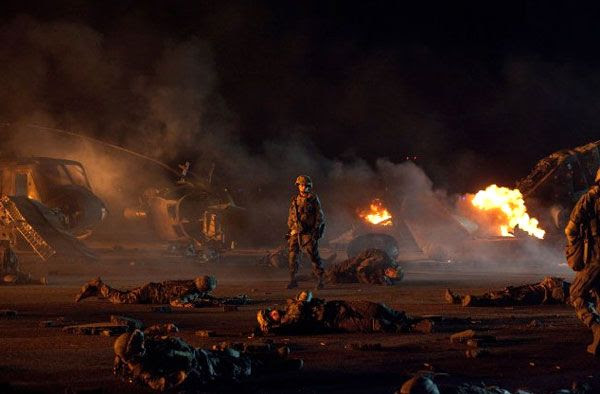 Special effects-wise, the aliens in B:LA looked interesting...though were they using projectile weapons (RE: bullets) just like the humans were? I guess having the invaders shoot laser beams at the Marines would’ve ruined the gritty, realistic tone of the film. After all, this ain’t Star Wars. Or Star Trek. Or Independence Day. Or Transformers. Or Terminator. The same people who did the visual FX on Skyline also did the FX work on B:LA. The FX work was what saved Skyline since its CW Network-quality cast of actors wasn’t exactly the saving grace of that movie. That is all.