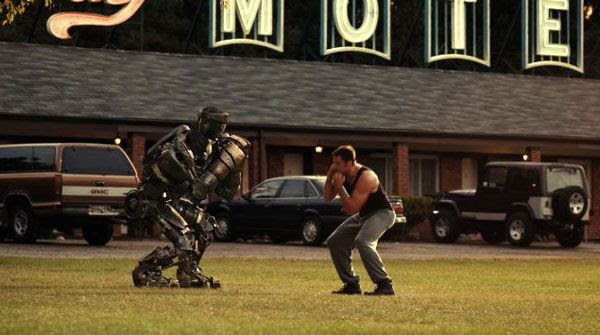 REAL STEEL... I saw the robot-boxing movie starring Hugh Jackman and Evangeline Lilly at the theater yesterday, and needless to say, it was good family entertainment. Real Steel could've actually gotten a PG rating instead of a PG-13 certification since it was machines that were beating the crap out of each other and not humans, and there was only a scene or two where the language was somewhat mild. However, the flick was worth watching no matter what rating would've been handed down to it by the Motion Picture Association of America. (In hindsight, Hugh Jackman’s portrayal as an extremely-deadbeat dad and that scene where he gets his ass whupped by Kevin Durand and his goons were pretty intense for young kids.) 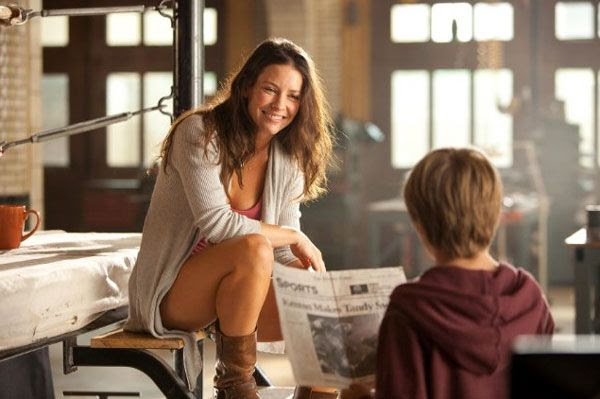 Real Steel was a robotic version of the recent Ultimate Fighting Championship (UFC)-inspired flick Warrior in that both films dealt with sons trying to win a major sports competition while being assisted by their estranged fathers. Speaking of UFC, Real Steel would probably have been a lot better if the robots were able to perform mixed martial arts moves as opposed to just doing boxing. But it's all good. It was cool to see Jackman's character teach his old boxing skills to Atom—the Sparring 'Bot That Could who would come close to defeating Zeus, the all-time World Robot Boxing champion whose spokeswoman is the lovely Olga Fonda [who somewhat resembled Jennifer Love Hewitt (with a sexy Russian accent) in the movie].

All-in-all, Real Steel was a fun flick to see. It's inspiring, it has great visual effects, and it has awesome fight scenes. I don't think guys like Floyd Mayweather, Manny Pacquiao or Oscar De La Hoya (even though he's now retired) would welcome the prospect of their sport one day being fought solely by machines, but oh well. Leave it to Hollywood to portray this concept instead. Oh and by the way, I still think Transformers (the first film or Dark of the Moon, to be exact) is a better rock 'em sock "em robots flick. Sorry mainstream movie critics. 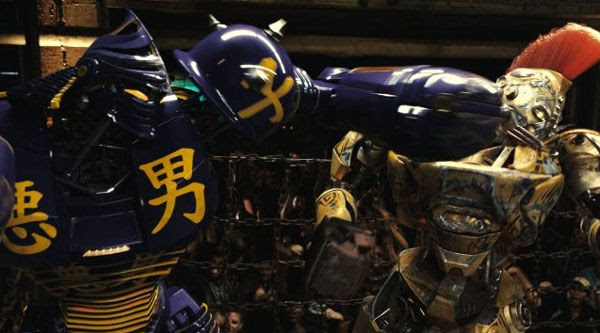 Email ThisBlogThis!Share to TwitterShare to FacebookShare to Pinterest
Labels: Dark of the Moon, Movie reviews, Transformers