The Dark Knight Rises Update... Check out the newest Entertainment Weekly cover featuring Catwoman (Anne Hathaway) and Batman (Christian Bale) from this July's much-anticipated blockbuster (which recently received a PG-13 rating by the Motion Picture Association of America...not much of surprise there), as well as the promo pic (above) showing Anne Hathaway in all of her black-leathered beauty. In terms of the EW cover below, is it just me but it looks like Clint Eastwood underneath the Bat cowl and not Bale? Oh well.

The Dark Knight Rises gets released in theaters nationwide on July 20th. 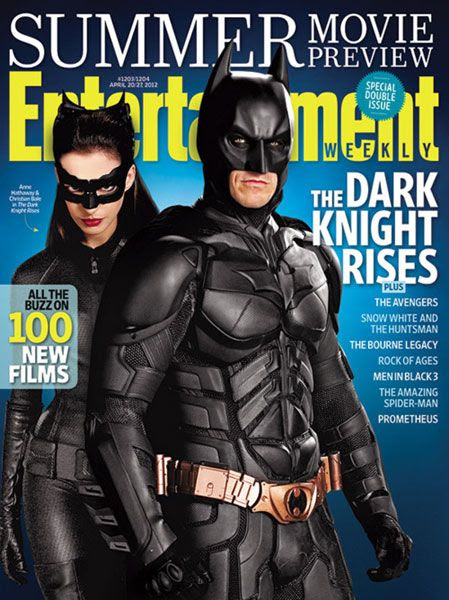