Happy Thanksgiving Day, everyone!!! Seeing as how it was Abraham Lincoln who proclaimed that Thanksgiving be turned into an official American holiday, just thought it would be fitting (kinda) to post the meme below. One of my friends posted this on Facebook. Of course, this pic may be true with Steven Spielberg's latest film that's out in theaters now (I haven't watched it yet)...but I don't think the flick that was released last June which portrays the 16th President of the United States as a vampire hunter was exactly a box office hit. John Wilkes Booth would be amused... A bit much? 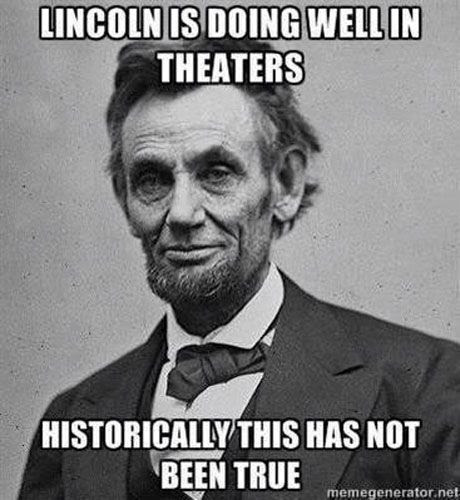