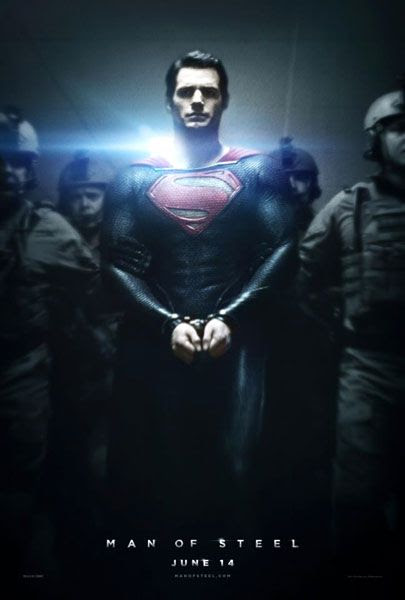 Man of Steel... Check out the newest trailer for next summer's highly-anticipated Superman film. Just a few observations about Man of Steel: Kal-El's real and surrogate fathers also played Robin Hood on the big screen (Kevin Costner in Robin Hood: Prince of Thieves, and Russell Crowe in Ridley Scott's 2010 update, Robin Hood), and the music in this trailer—if it is actually from the orchestral score for Man of Steel—sounds very similar to that composed by Hans Zimmer for Gladiator (which Russell Crowe won an Oscar for in 2001). Not a surprise considering Zimmer will also be doing the music for the Zack Snyder-directed/Christopher Nolan-produced superhero movie.

Man of Steel gets released in theaters nationwide on June 14, 2013.