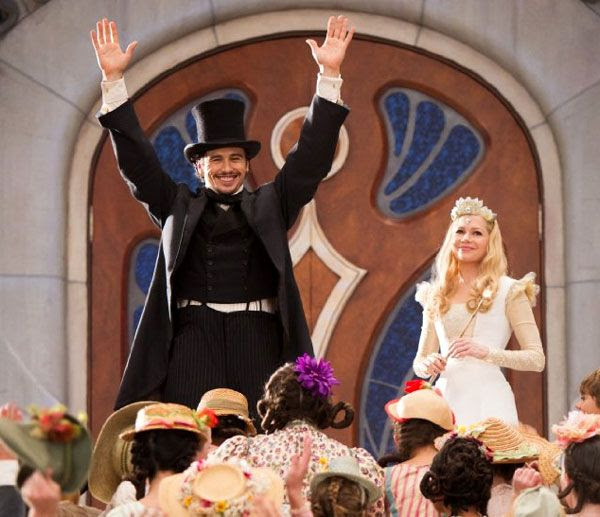 Oz: The Great and Powerful... Earlier today, I got around to watching Sam Raimi's prequel to the 1939 cinematic classic, The Wizard of Oz. Visually, Oz: The Great and Powerful is awesome...staying true to its Best Picture-nominated predecessor with a black-and-white opening that takes place in a small and dystopic Kansas town before eventually transitioning to the colorful (and now computer-generated) world that enshrouds Emerald City. The Munchkins, flying monkeys and yellow brick road make their return in Raimi's flick—as well as the three witches from the original MGM film. However, unlike The Wizard of Oz, all three witches are alive and kicking this time around (in case you didn't see any of the trailers or TV spots for The Great and Powerful); and actually, it's when they're on screen (separately or together) that The Great and Powerful is at its best. 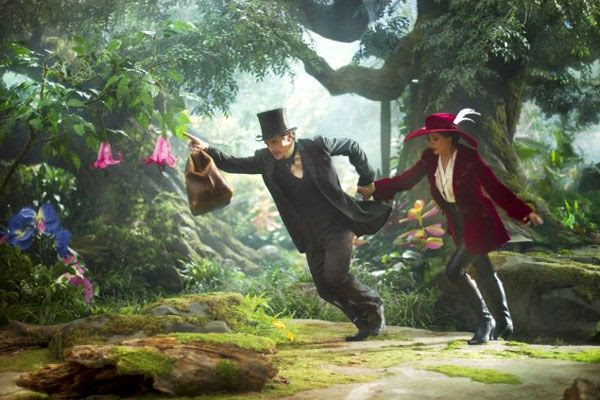 While James Franco is commendable as Oz (a.k.a. Oscar Diggs, a struggling but determined magician), it's the beautiful Mila Kunis, Rachel Weisz and Michelle Williams who make The Great and Powerful an enjoyable movie to watch. The story of the three witches was enough to make Wicked, the musical such a huge hit on Broadway (though I myself never saw it)...and it's enough to make the latest flick worthy to view at the cinemas. (SPOILERS AHEAD) Since it was revealed before the film was released yesterday that Mila Kunis' character Theodora would become the Wicked Witch of the West, it was interesting to see how Kunis would transform from the beautiful red-hatted vixen who greets Diggs upon his arrival to Oz to the green-faced villainess that would torment Judy Garland's Dorothy many years later (or 74 years ago, take your pick). We never saw the face of Evanora (a.k.a. the Wicked Witch of the East, played by Rachel Weisz) in The Wizard of Oz (since she was already squashed underneath Dorothy's house when she arrives), but clearly she was as conniving as she was hot if Raimi's film is to believe. Finding out that Evanora was the Wicked Witch who wrought havoc in Oz upon Diggs' arrival wasn't much of a surprise, but it's how she manipulates Theodora and causes her to develop complete and utter hatred for Diggs (since Evanora tricked Theodora into thinking that she was betrayed by the magician, who Theodora had strong feelings for) and transform into another Wicked Witch that's intriguing. 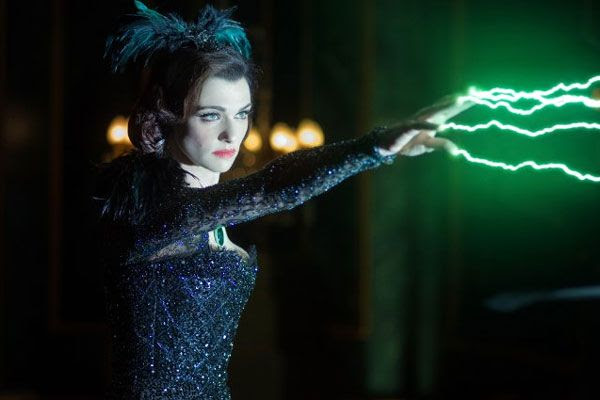 Not to be outshone by her evil cohorts is Glinda, the Good Witch (played by Michelle Williams). In our first introduction to Glinda, she is portrayed as the Wicked Witch by Theodora and Evanora...dressed like a Sith Lord (RE: Wearing a black hood and a cloak) when Diggs, his loyal flying monkey Finley (voiced by Zach Braff) and China Girl (voiced by Joey King) encounter her outside a cemetery in the Dark Forest. Once her true identity is revealed, however, we see that the Good Witch is more than pivotal to helping Diggs realize his true place as the Wizard of Oz. Glinda is down-to-Earth—and has as much romantic chemistry with Diggs as Theodora had with him. The Great and Powerful makes a nice reference to Glinda's arrival (inside a bubble) in The Wizard of Oz; using bubbles to help her, Diggs, Finley and China Girl escape from the deadly clutches of Evanora's flying monkeys before arriving at Glinda's Castle to plot a way to defeat the true Wicked Witch (and her sister), once and for all.

All-in-all, Oz: The Great and Powerful is an entertaining film. It definitely has its moments, though if articles that I recently read in media like The Los Angeles Times is to be believed, Diggs would've been better portrayed by a character actor like Robert Downey Jr. (who bowed out of the project due to creative differences with Raimi). But as I said in the second paragraph above, Franco is respectable as Oz...and his upbeat performance in this flick is a nice contrast to his mopey, emo portrayal of Harry Osborne in the original Spider-Man trilogy. Danny Elfman's music score for The Great and Powerful is noteworthy—though I'm wondering why Raimi decided to employ this composer again after booting him from Spider-Man 3 (which Christopher Young orchestrated). Oh well. And not to be forgotten in all of this is how Raimi cleverly explained the origin of Oz's giant face in a cloud of smoke...with Diggs employing simple magic tricks (and inspiration by Thomas Edison) to convince the two Wicked Witches and everyone else in Emerald City that he is indeed the Great and Powerful Oz. Next up for Diggs to impress with his wizardry: a girl and her dog from Kansas, a cowardly lion, a heartless tin man and a brainless scarecrow. Carry on. 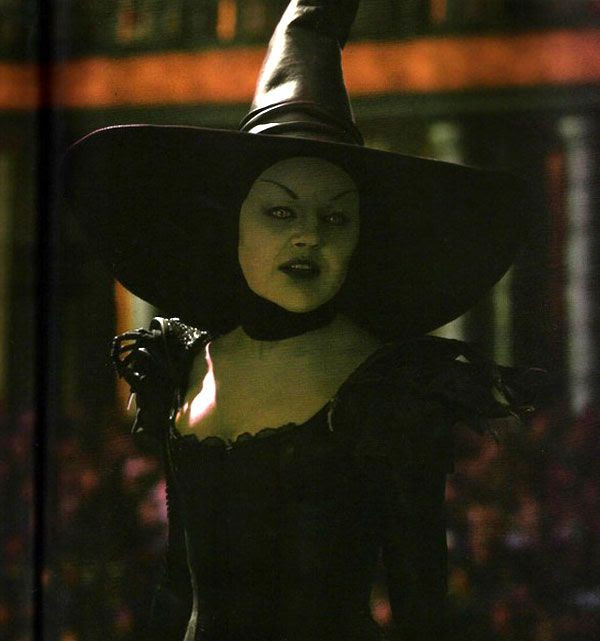 Email ThisBlogThis!Share to TwitterShare to FacebookShare to Pinterest
Labels: Movie reviews, Revenge of the Sith, Spider-Man