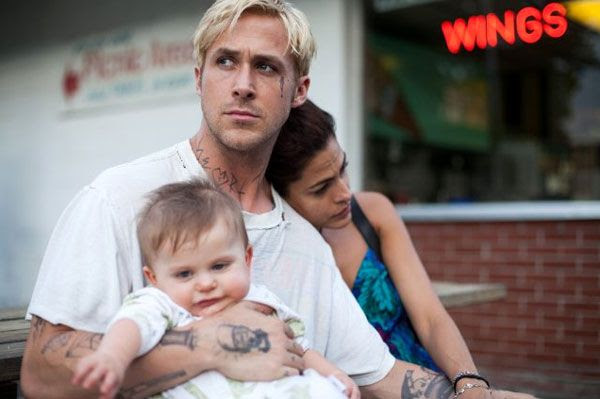 The Place Beyond the Pines... Overlooking the obscure nature of this title (you'd have to do research online to know that it is the nickname for Schenectady, New York...where the film's story takes place in), The Place Beyond the Pines is an interesting multi-layered movie. Just when you think the flick will be about Ryan Gosling pulling off several bank heists across eastern New York a la The Town, it switches over to a plot about Bradley Cooper playing a conflicted cop trying to bring fellow corrupt police officers to justice...a la The Departed. And then, the story focuses on the sons of the two aforementioned characters—whose actions while these two kids were just infants would have significant repercussions 15 years later, when they are in high school. Actually, the father-and-son theme of this film makes it feel like a Star Wars movie...minus the science fantasy element and the fact the 6-episode nature of George Lucas' space opera is crammed into a mere 140 minutes here. (As if to illustrate my point, one character even uses the "I am your father... You know it to be true" lines by Darth Vader in The Empire Strikes Back to tell Gosling's son who his real father is. Oh, and Gosling's character is named Luke, FYI.) Considering that the two kids grow up to be more like Anakin instead of Luke Skywalker, you feel sorry for other people [most specifically Eva Mendes' character...who was knocked up by Luke (Gosling's character, not Mark Hamill's)] who have to deal with these adolescents. However, there is a positive nature to the movie's ending—as the boys nonetheless are either impressed by their dads' achievements and/or want to emulate them in the final scene. Though the overall message of Beyond the Pines is clear: If you decide to become a parent, try not to screw up the lives of your kids too much. Or even the children of other folks. It may literally mean life or death (for you) in the future. That is all. 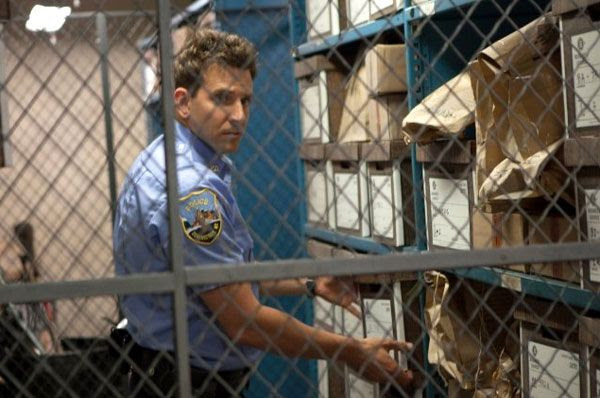 Email ThisBlogThis!Share to TwitterShare to FacebookShare to Pinterest
Labels: Attack of the Clones, Movie reviews, Revenge of the Sith, Star Wars trilogy, The Phantom Menace, The Town