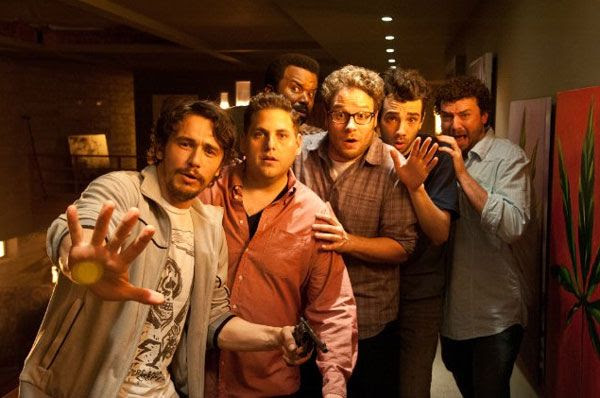 This Is the End... "Like tears from the tip of my penis." So were the words from party crasher-turned-evil cannibal Danny McBride when describing what happened when he had a good time at James Franco's house party in the hilarious movie, This Is the End. I saw the comedy flick last weekend (right after I watched Man of Steel), and it did not disappoint in delivering the kind of nasty but all-out funny gags that one would expect from Seth Rogen and company after seeing such films as Superbad, Pineapple Express and Knocked Up. What's ironic is that Michael Cera, who exchanged tons of witty banter with Jonah Hill in Superbad, was more interesting playing himself than say, Nick in Nick and Norah's Infinite Playlist or Scott Pilgrim in...Scott Pilgrim vs. the World. Of course, this must've been due to Rogen (who co-directed and wrote the screenplay for This Is the End with Evan Goldberg) allowing Cera to perform such shenanigans as slapping R&B singer Rihanna on the butt and blowing (as well as getting blown; no comments) cocaine powder at Kick-Ass's Christopher Mintz-Plasse's face. Also game to showing up in This Is the End (and meeting their demise once the Apocalypse begins less than 30 minutes into the film) is Mindy Kaling, Paul Rudd, Aziz Ansari and Jason Segel. Trying to survive the end of the world with Rogen, Franco, McBride and Hill is Craig Robinson, Jay Baruchel (who along with Rogen is the star of the movie), Emma Watson and Channing Tatum—in a hilarious cameo that I'm sure will be more than welcomed by females in the audience. 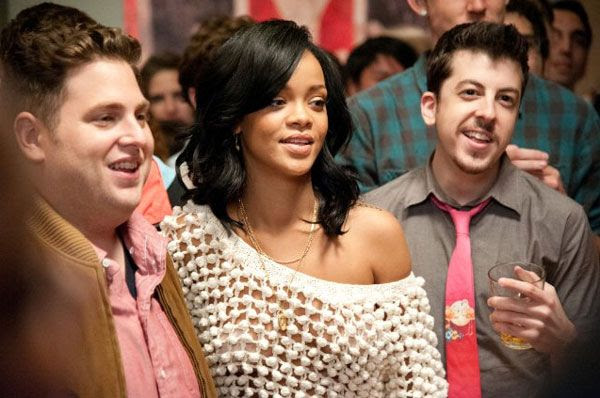 All-in-all, This Is the End was totally entertaining. Along with ball-busting humor, it had some pretty amusing visual effects that you would see in 1980's summer blockbusters like Ghostbusters (the first one, mostly) and Gremlins. The highlight of this flick was seeing James Franco constantly sparring with Danny McBride over such issues as wasting limited food and water and not staining Franco's porno mags with McBride's um, tears. Jonah Hill, even when he was possessed by a demon that molested him while lying in bed, was still reserved in his performance...which is due to the fact that Hill is obviously playing himself and also because he's trying to act more serious ever since his Academy Award nomination for Moneyball. Rogen, Robinson and Baruchel played their usual selves—while Ms. Watson must've had fun spouting profanities after playing Hermione Granger in the Harry Potter films for so many years. If I were to recommend a comedy to watch after being bombarded by non-stop comic book action in Man of Steel and Iron Man 3, it would definitely be This Is the End. Unless of course, you hate boy band groups...'cause then you might wanna leave the auditorium before the start of the final scene. Backstreet's back, alright! 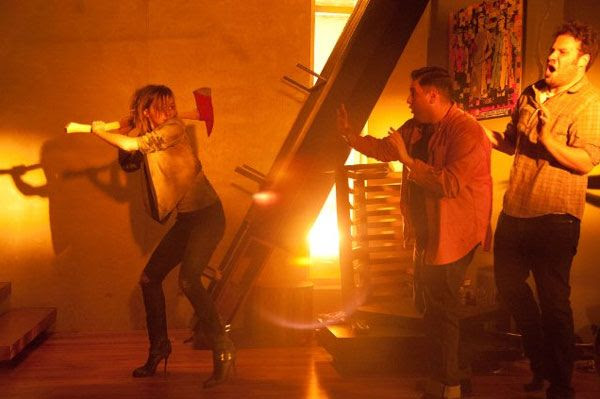