Five years ago today, one of the best (comic book) flicks of all time was released in theaters nationwide. Just thought I'd honor Christopher Nolan's monumental film by posting this image of the late Heath Ledger as his Oscar-winning persona from The Dark Knight. "This city deserves a better class of criminals... And I'm gonna give it to 'em." Indeed you did, Joker. 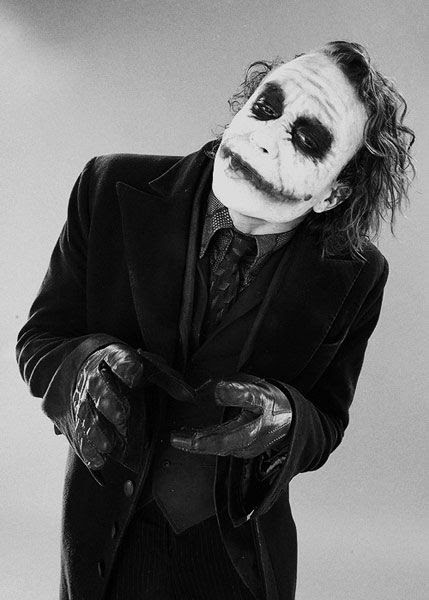 Email ThisBlogThis!Share to TwitterShare to FacebookShare to Pinterest
Labels: Back in the Day, The Dark Knight