Check out the new teaser poster for next year's sequel to the 2011 film starring the first Avenger. Judging from this promo, we'll get to see the awesome helicarrier in action once again. Of course, this is Captain America we're talking about here...so why wouldn't Nick Fury allow the shield-welding superhero travel aboard S.H.I.E.L.D.'s signature flagship (especially considering that Steve Rogers can't fly like Iron Man and Thor could)? Captain America: The Winter Soldier gets released in theaters nationwide on April 4, 2014. 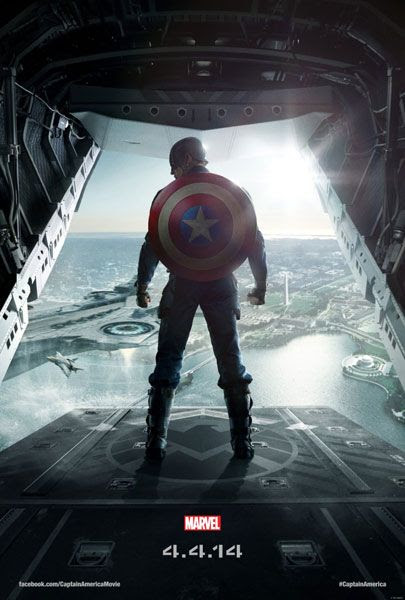 Email ThisBlogThis!Share to TwitterShare to FacebookShare to Pinterest
Labels: Iron Man, The Avengers