Paranormal Activity: The Marked Ones... 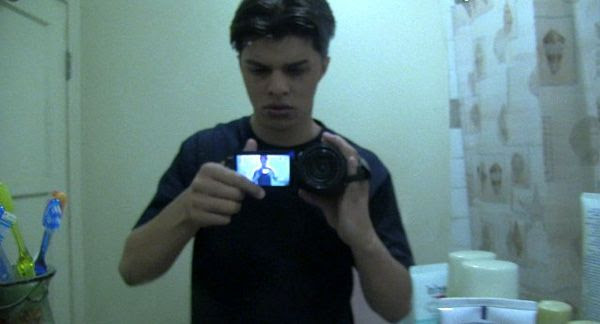 "It's about time someone busted a cap in those demonic women's asses!" So were the words that popped into my head after Arturo (Richard Cabral) pulled out a shotgun and blasted away two possessed ladies in the climax of Paranormal Activity: The Marked Ones. I watched the latest sequel in the mockumentary-style horror saga today, and I liked how this movie was a departure from the four previous films. (FYI, this isn't officially the fifth Paranormal Activity movie; that one is scheduled to be released in theaters this October.) Namely, we see folks such as Arturo welding weapons to take on the supernatural (yea, too bad Sam and Dean Winchester aren't around to lend some help)...and a new phenomena is introduced in The Marked Ones that should be featured in Paranormal Activity 5 and subsequent installments as well. What is this phenomena, you ask? A portal that allows one to teleport and also travel in time. 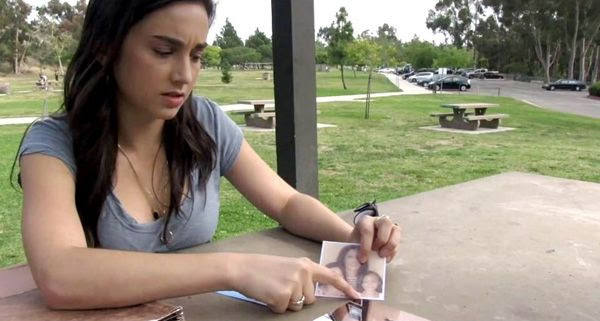 Paranormal Activity: The Marked Ones takes place in Oxnard, California (whereas previous flicks take place near San Diego), with a predominantly Latino cast in this movie. Andrew Jacobs plays the possessed victim named Jesse, while Jorge Diaz is Hector...the camera guy who—like the videographers in the previous flicks—will live to become the last one to survive a demonic onslaught in the film's finale, with Gabrielle Walsh and Renee Victor playing his hapless family members. To ensure that this flick ties in with the rest of the Paranormal Activity movies, Katie Featherston makes an appearance as well...along with Ali (played by Molly Ephraim), who survived the events of Paranormal Activity 2. I like how The Marked Ones, even with a completely different ensemble cast, still expands on the cult that the bloodline of Katie (played by Featherston) was involved with for several generations. In terms of that portal, I definitely want to see how it comes into play in future movies. Presumably, its use will most likely be in scenes that will scare the crap out of moviegoers inside the auditorium. Can't wait to check it out. 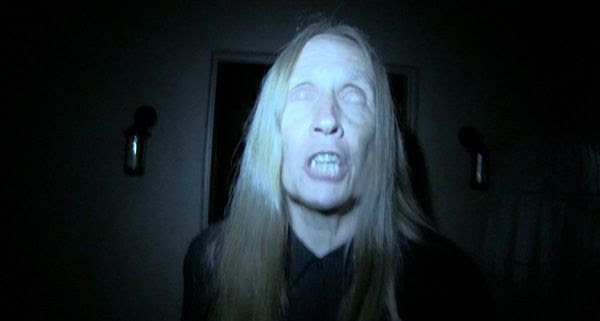