From the Genie in 1992's Aladdin to a man trying to rescue his wife in the afterlife in 1998's What Dreams May Come to his hilarious role as the head of a marketing company in this year's short-lived CBS TV show, The Crazy Ones, Robin Williams was a totally brilliant actor. Much like everyone else, I remember his portrayal as a wacky alien in the classic TV series, Mork and Mindy, and recall his dark performance as an obsessed photo developer in 2002's One Hour Photo. There are too many memorable movies to mention here that had Robin Williams' comic and Academy Award-winning brilliance in them (like Good Will Hunting, Patch Adams and Mrs. Doubtfire), but one thing is clear, the world will forever miss the heartfelt and geniune hilarity that this man brought to the big and small screen...and elsewhere. God bless you, Robin Williams. 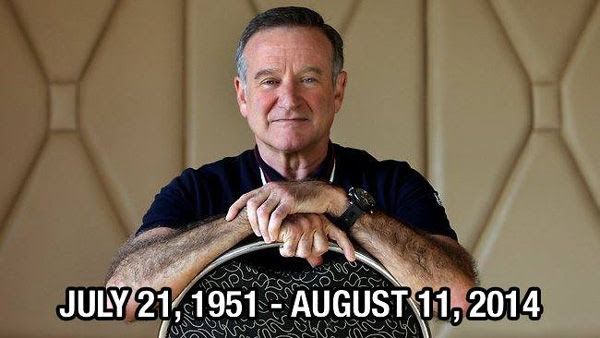