Back in the Day: IRON MAN Is Unveiled to the World...

Ten years ago today, the first Iron Man film arrived in theaters nationwide and began a franchise that currently spans 19 movies and culminated in the record-breaking success of Avengers: Infinity War last weekend. Back in 2008, it was Warner Bros. and DC's The Dark Knight that took the box office crown that year (with the Chris Nolan movie earning $535 million domestically and $1 billion worldwide)...but Iron Man's "modest" success (it made $318 million domestically and $585 million worldwide) was only a precursor to the major financial windfall that the Marvel Cinematic Universe (MCU) would enjoy over the next decade.

While Warner Bros. strives to achieve the same kind of success with its future DC Expanded Universe movies like it did with last year's Wonder Woman (we'll see if Justice League 2 ever gets made, even though I enjoyed the first film last November), Disney and Marvel Studios can only ponder about the amount of box office gold they will achieve once Infinity War completes its epic run in cinemas, with this July's Ant-Man and the Wasp and next March's Captain Marvel (and of course, the still-untitled Avengers 4 next May) lurking on the horizon. But this blog entry is about the flick that started it all.

Much props should go to Robert Downey Jr., Gwyneth Paltrow, Jeff Bridges, Terrence Howard (I hope he's not beating himself up too much over the amount of money he could've earned if he wasn't replaced by Don Cheadle as James Rhodes / War Machine before 2010's Iron Man 2), Clark Gregg and director Jon Favreau for allowing the MCU to become what it is today. Oh, and let's not forget about Samuel L. Jackson—whose end credit appearance as Nick Fury and his immortal words "I'm here to talk to you about the Avengers Initiative" would lead to cinematic history. That is all. 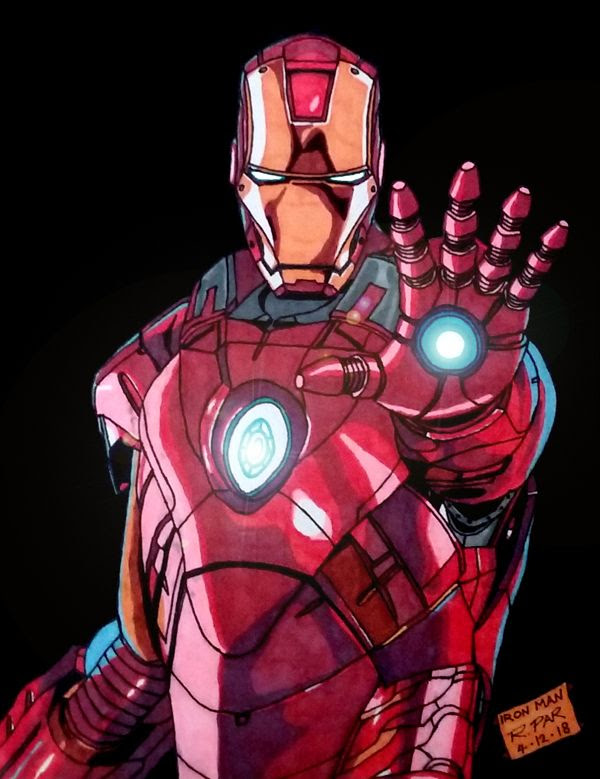 Email ThisBlogThis!Share to TwitterShare to FacebookShare to Pinterest
Labels: Back in the Day, Iron Man, The Avengers, The Dark Knight, Wonder Woman