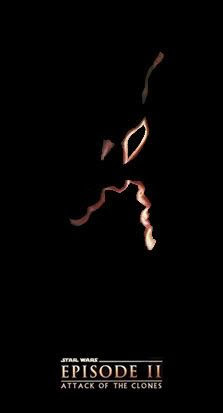 Just wanted to point out that the official SW site today announced that a short teaser trailer for Episode 2 will be shown before Monsters, Inc. starting this Friday. The trailer was actually talked about on a fan site two weeks ago...with the teaser involving clips of Attack of the Clones being shown as Darth Vader's famous breathing can be heard in the background. Sounds pretty cool, but things get even cooler when Harry Potter comes out in a few weeks...since the full-length teaser trailer is rumored to appear before that film.

I haven't read any of the Harry Potter novels, but most likely I'll see the film...and you know why.

Email ThisBlogThis!Share to TwitterShare to FacebookShare to Pinterest
Labels: Attack of the Clones, Pixar