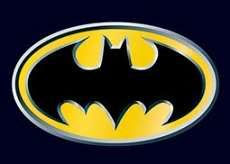 BATMAN BEGINS... This just in from batman-on-film.com: Gary Oldman, the dude who played Dracula and a Russian terrorist who punked Harrison Ford in Air Force One, plays Commissioner Gordon in Batman Begins!! That's gonna be cool... And don't forget about Katie Holmes being the damsel in distress in this film... David Julyan, Chris Nolan's composer on Memento, will be doing the music for Batman Begins. The last time I saw Memento was about three years ago, so I don't remember how Julyan's music sounds like.