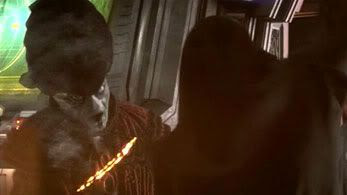 Posted above and below are screenshots from the Revenge of the Sith theatrical trailer. I saw it when I watched Robots on Saturday (in case you're wondering about my choice of films to watch at the cineplex, I saw Hitch on Friday...but more on that tomorrow), and needless to say, it looked a lot better on the big screen! The only nitpick was that the Sith trailer is presented in anamorphic size (a.k.a. the 2.35:1 aspect ratio...if you know anything about film technicalities, haha) when it is downloaded from the Internet, and Robots was shown in the 1.85:1 ratio, so the trailer images were cut off on the left and right side of the screen. Oh well, only a die-hard fan would obviously notice that! Robots was okay...though I wouldn't put it on the same level as The Incredibles (since this film obviously won the Oscar for Best Animated Picture last month). But the Ice Age 2 short film was pretty funny. That squirrel cracks me up. 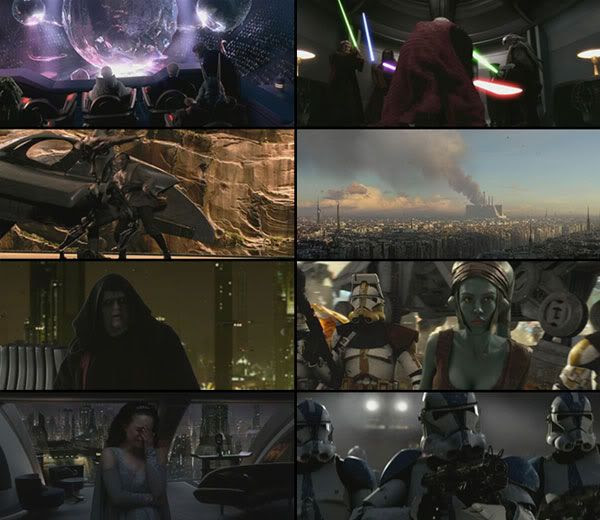 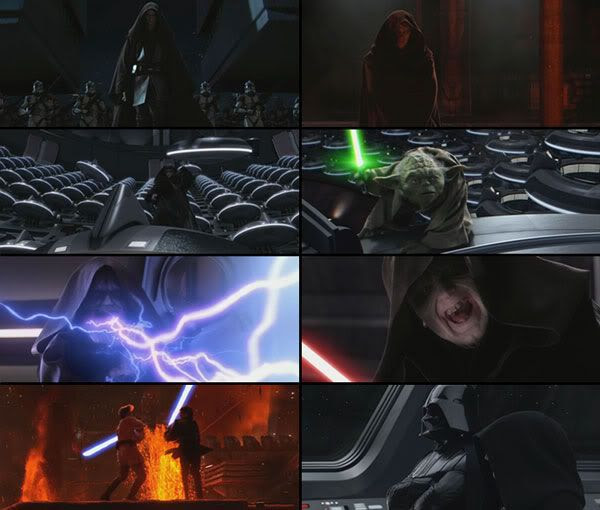