MISSION: IMPOSSIBLE III... Despite the fact I have to see the first one again to get the story, and I didn’t watch the second one directed by John Woo, can’t wait till M:I:3 comes out this Friday! I currently work at Paramount Pictures, which financed the film (and where Tom Cruise’s production company is located), so I’ll be able to watch it for free at the lot next weekend. Paramount-produced films are generally screened all 3 days at the lot on opening weekend, but I should be able to watch it on Friday after work. Below are screenshots from the film. Bring on the 2006 summer movie season!

UPDATE (May 6): I watched M:I:3 twice at Paramount Studios yesterday (there were two employee screenings, one at 6:30 PM and the other 9 PM), and I would have to say it was a really good film. Fun too, obviously. Philip Seymour Hoffman is one sadistic, badass dude (damn you, Capote!!), I feel bad for Felicity, Ving Rhames and Laurence Fishburne are hilarious, and Maggie Q and Michelle Monaghan (who plays Tom Cruise’s wife in the film) are hot. And of course, Cruise and J. J. Abrams rule. I’m probably not gonna watch it again at a regular theater, since paying for a ticket would defeat the purpose of watching it for free at the studio where it was produced (haha), but I’ll definitely buy it when the DVD comes out! Hope I don’t get in trouble for mentioning this, but I’ve been to the office where the DVD package is currently being designed. M:I:3 is gonna be released on High-Def!! Woohoo!!

No wait, does my DVD player even play HD DVD?? Uhhh... 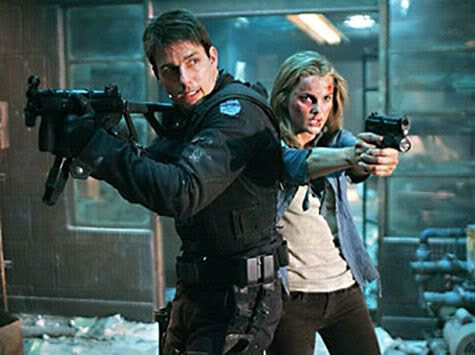