THE ORIGINAL THEATRICAL VERSION OF THE STAR WARS TRILOGY TO BE RELEASED ON DVD??? BAH!! So contrary to George Lucas’ assertion that he’s sorry that fans "fell in love with a half-made film (alluding to Episode IV: A New Hope)", he’s planning to release the 1977, ’80, and ’83 versions of the first three Star Wars films out on the digital format this September 12. Nooo! Why did he have to give in to the purists??? Now the question is... Do I support the Lucas critics' claim that die-hard Star Wars fans will buy anything that the Dude From Modesto conjures up and puts out in stores, or do I draw the line and let my potential copy of the upcoming DVDs collect dust on a Best Buy shelf? Considering the fact I like the Special Editions (except for that new, lame-ass music number in Jabba’s Palace in Return of the Jedi), I think I’ll decline on buying the new DVDs. What’s even worse is that both the 2004 versions and the original versions of the films will be included in the new set, making me spend $50 on the previous package for nothing. Arg! Screw the purists!! ALL HAIL GREEDO SHOOTING FIRST!!!

Click here to read up on this sad, sad news. If you're not a purist. 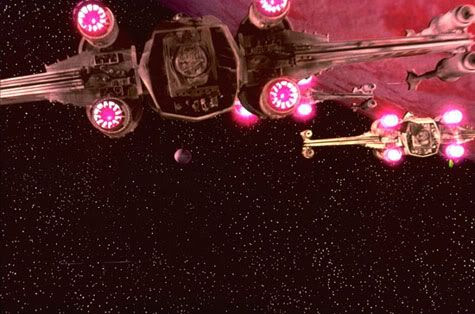 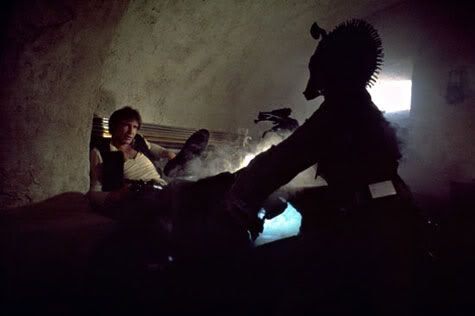