SPIDER-MAN 3... Click here to view the official teaser trailer for 2007’s most anticipated film (YEA, YOU HEARD RIGHT). From the footage that’s shown, this movie is gonna rock!! Spidey looks totally badass in the black outfit, Sandman looks pretty cool when he transforms into, you guessed it, sand, Kirsten Dunst appears much prettier in the SM3 footage than she did in Spider-Man 2 (no offense, haha) and Harry Osborne...uh, looks pretty determine to get revenge on Spidey while soaring on the Goblin’s glider (though I wonder if Osborne will be donning more than just that mask seen in the trailer for his Hobgoblin attire. Is he even called the Hobgoblin in SM3?). The one character most notably missing from the trailer, of course, is Spidey’s slithery arch-nemesis himself, Venom. Topher Grace’s Ed Brock is shown, but not his evil symbiotic version. Well, more power to Columbia Pictures for keeping Venom under wraps...till the full theatrical trailer comes out next Spring, that is. Did I mention how this movie is gonna rock?? 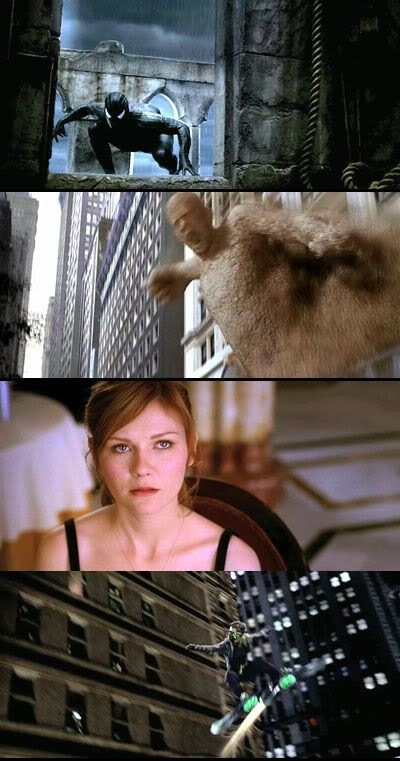 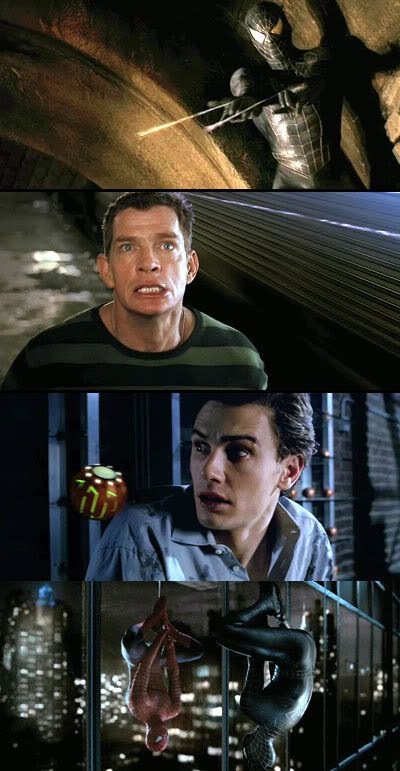